An updated look at Elston Timber Lofts in Irving Park 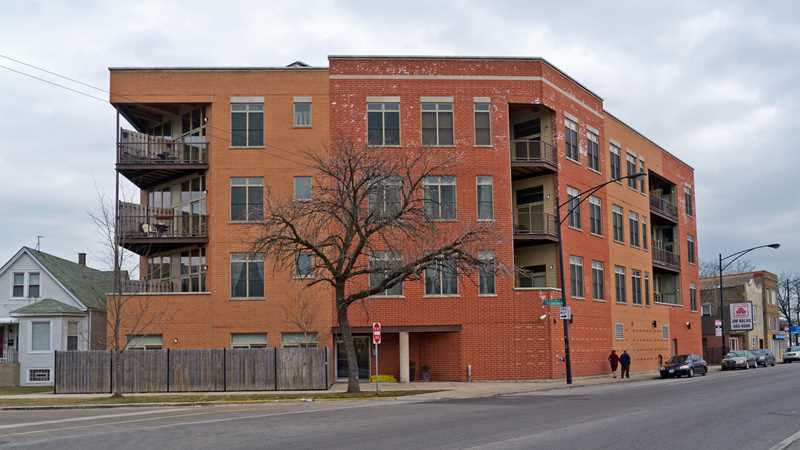 We’ve looked in periodically on Elston Timber Lofts, 3637 N Spaulding Ave in Irving Park, ever since the project first came to our attention back in September of 2006. At that time it hosted some intense graffiti. 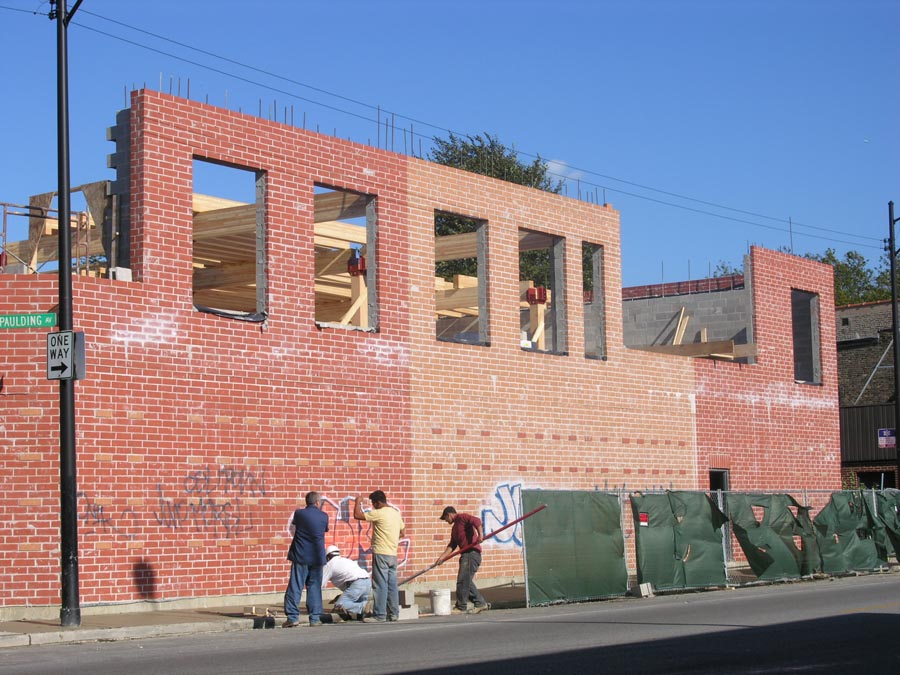 When we last wrote about the project, in November of 2009, we reported that only 6 of the 25 2-bedroom, 2-bath newly-constructed timber lofts were still unsold. Nine units remain unsold as of this post, an indication that the development may have suffered the contract fallout that was prevalent at the time.

There have been no resales at Elston Timber Lofts, but 5 of the original developer units are currently listed for sale, priced from $225,600 to $254,900. The listing copy for two of those units states that the building is “FIANCIALLY SOUND, NO FORCLOSURES.” The foreclosure claim was true when the first unit was listed, but inaccurate at the time of the second listing, and false for both today. Unit 205 fell into foreclosure in April of 2011.