An updated look at new downtown apartments and condos 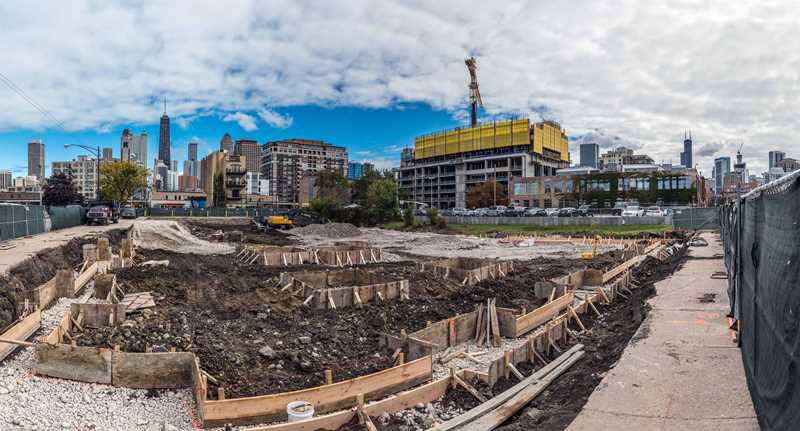 Join us for a brief look at some of the new downtown apartment and condo sites we’ve visited recently.

Fifield’s NEXT apartment tower, 347 W Chestnut, should begin a rapid rise now that the parking podium is complete. Expect it to top out at 29 stories and begin leasing its 310 units in the fall of 2016. Belgravia Group has begun construction of 41 new condos at Sedgwick and Locust, in the foreground of the above image. 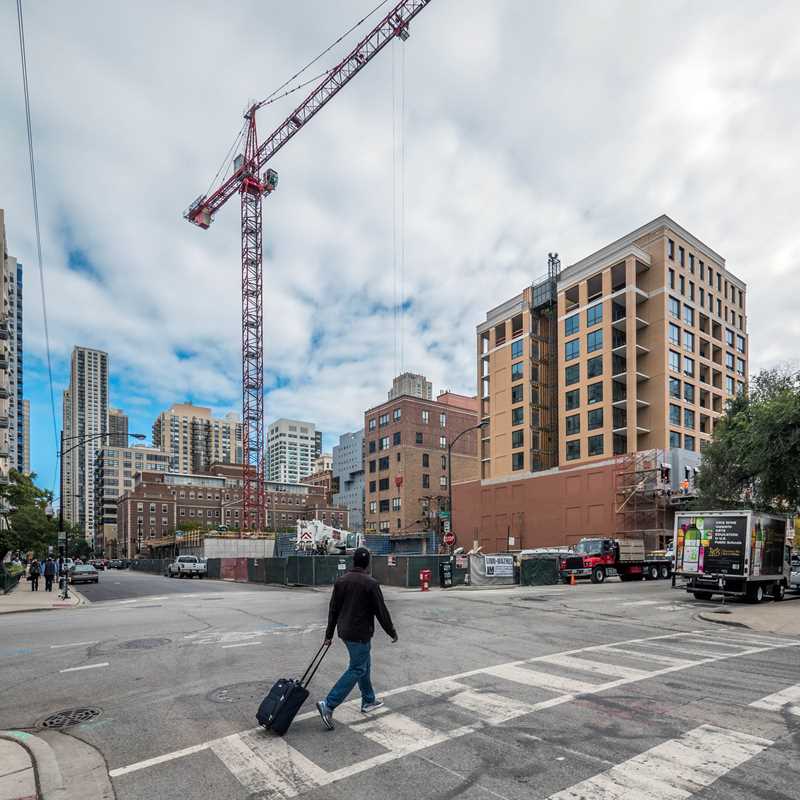 Last week saw the assembly of the tower crane at 165 W Superior, where Magellan Development is building a 34-story, 298 unit apartment building on the site of the former Howard Johnson Inn. Pre-leasing should begin late in 2016 with first occupancies early in 2017. The Hensley, just to the south at 707 N Wells, is poised to begin pre-leasing its 51 apartments for occupancy early in 2016. 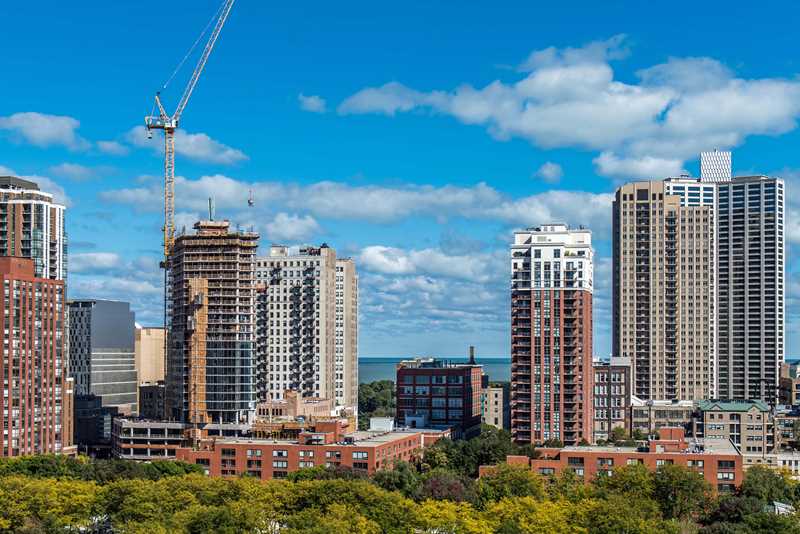 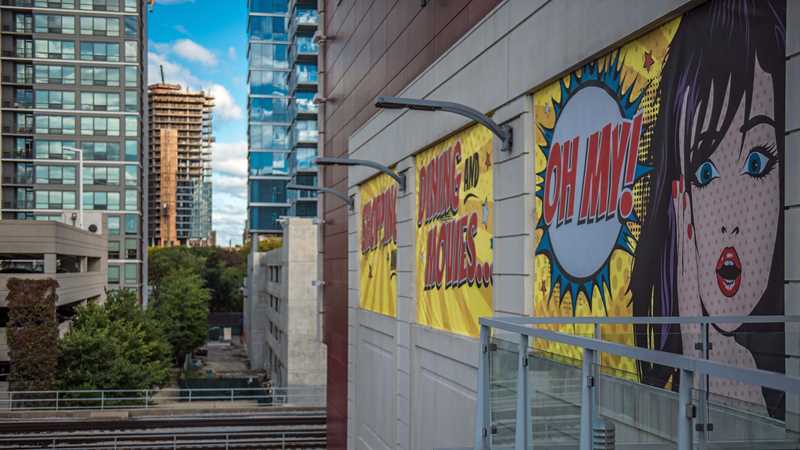 The 41-story, 392-unit apartment tower at 1001 S State is about three-quarters of the way to its full height. Occupancy is targeted for summer 2016. 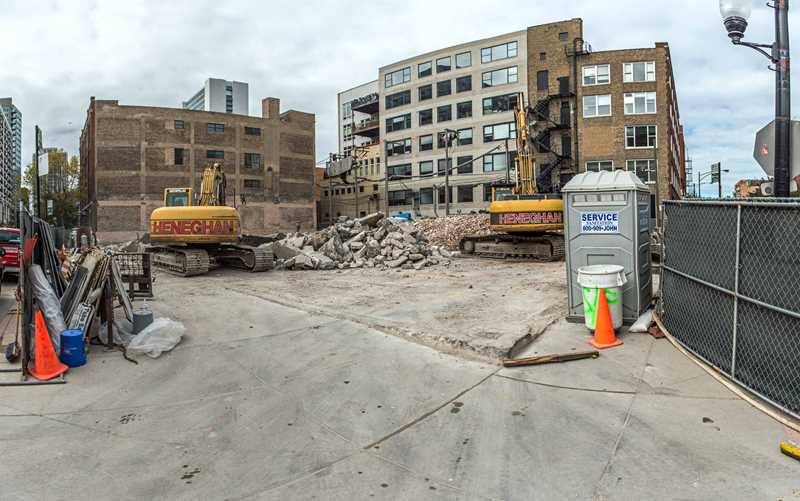 Site clearance is underway for the construction of a 15-story, 46-unit luxury condo building at 400 W Huron. 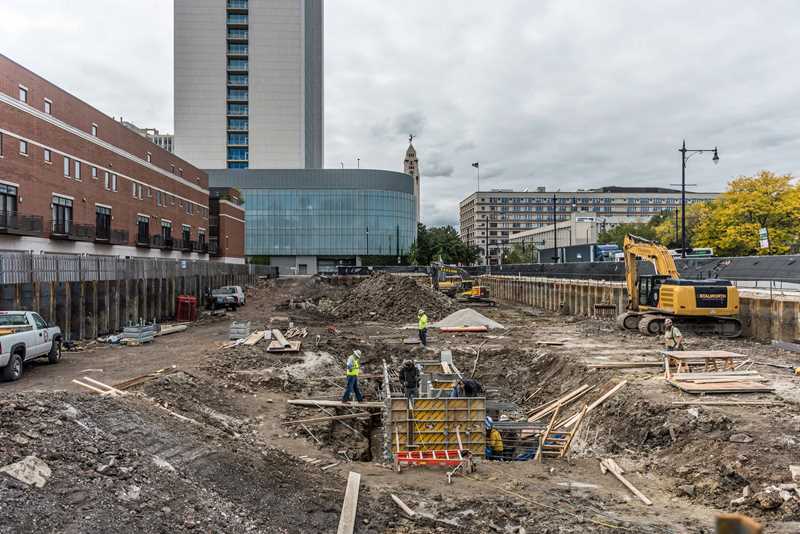 Onni Group has begun construction of The Hudson, a 25-story, 240-unit apartment high-rise with ground-level retail at 750 N Hudson. It looks like the building will have underground parking. 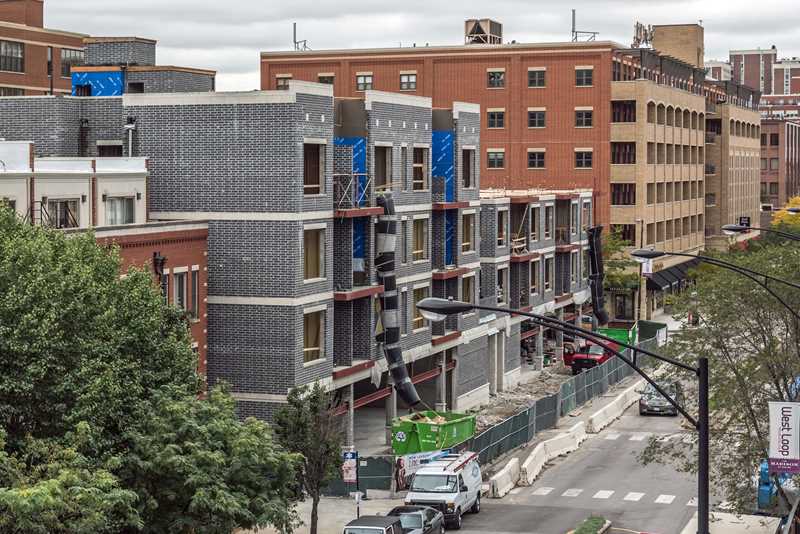 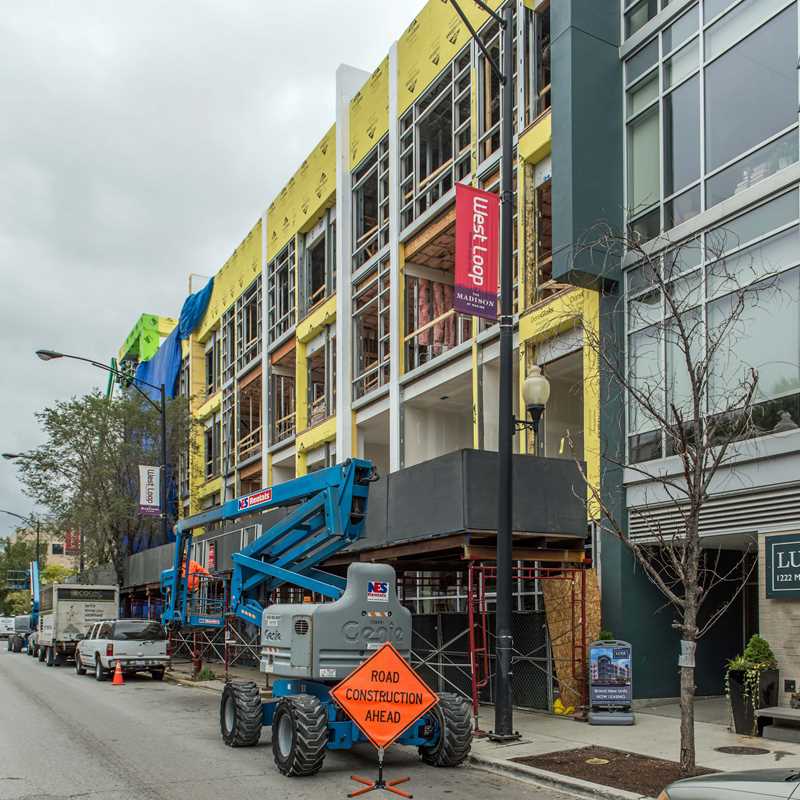 Fifield is adding 48 apartments to Luxe on Madison, 1222 W Madison, with occupancy slated for January of 2016. 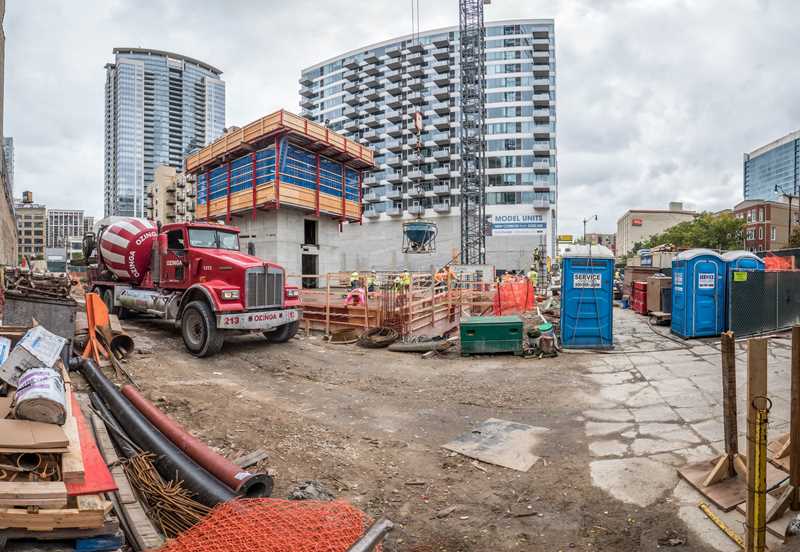 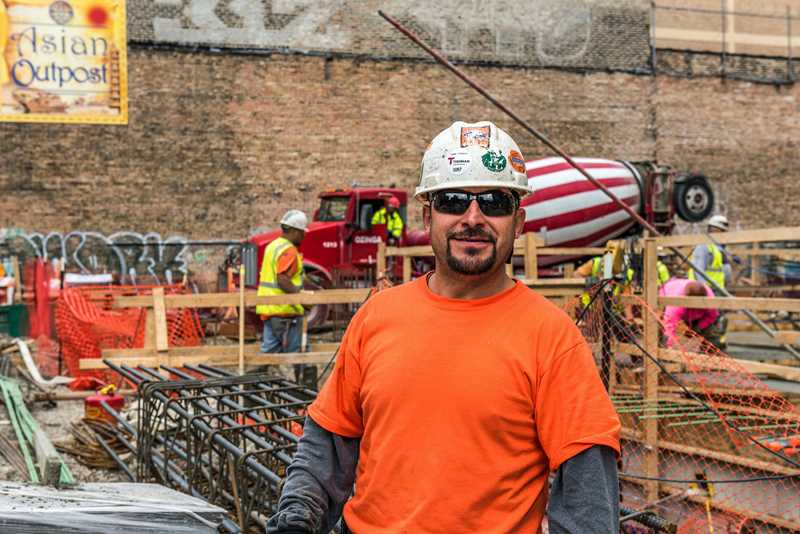 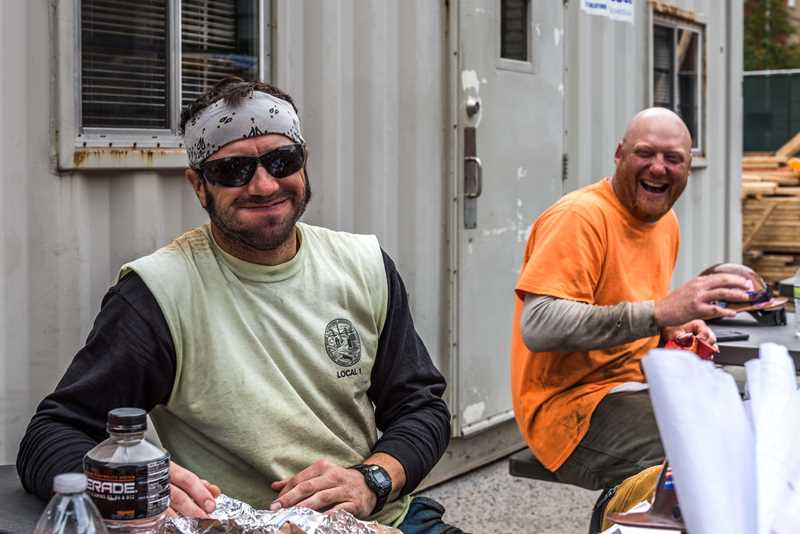 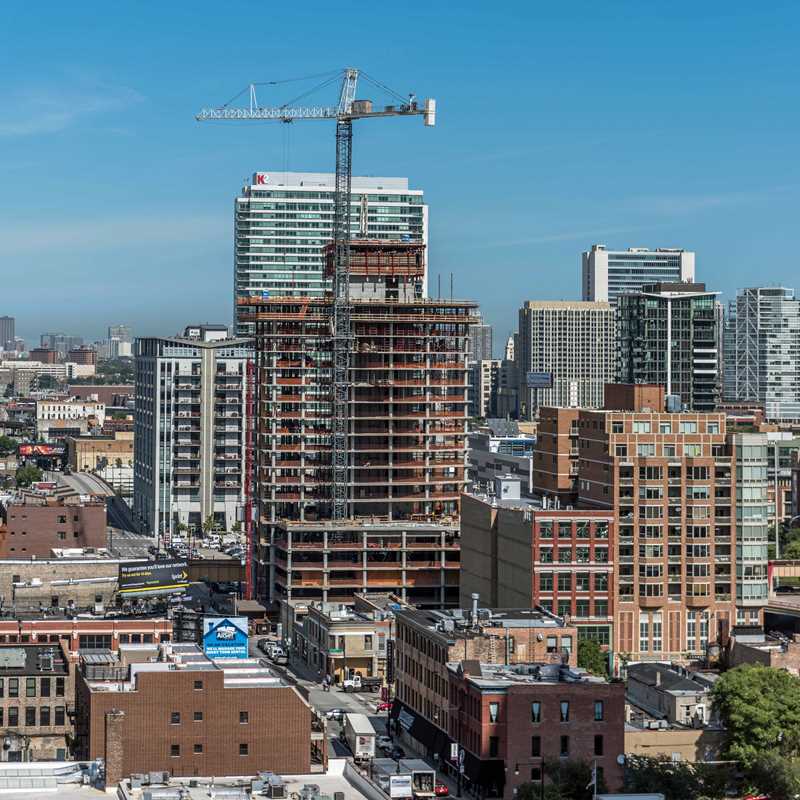 Focus Development’s 171 N Halsted is about two-thirds of the way toward its 29-story height and should begin delivering its 227 apartments in 2016. 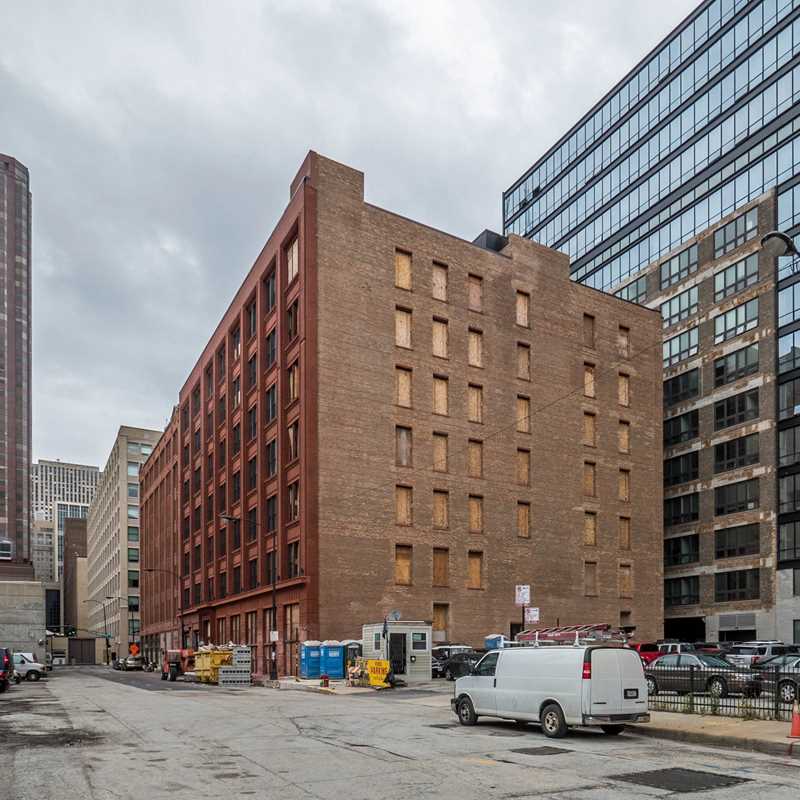 The 106-unit loft conversion at 619 S LaSalle has been a bit of a sleeper, and it looks like occupancy hasn’t met the summer 2015 target reported by Hartshorne Plunkard. 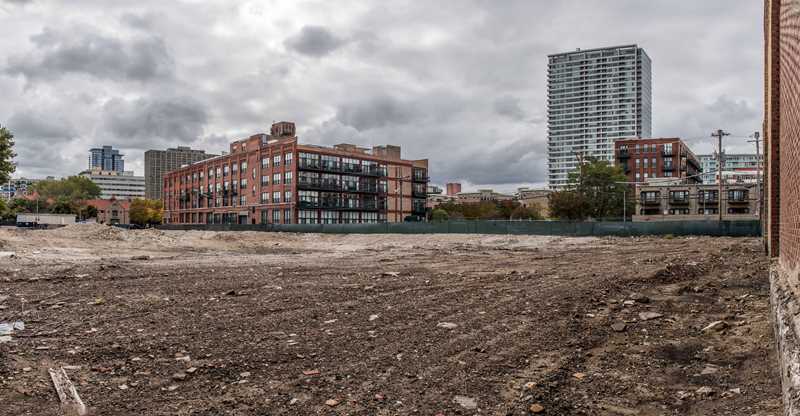 The site at 1712 S Prairie has been cleared, but construction has yet to begin on 60 new condos and townhomes.