An updated look at the 545 North McClurg apartment site

When I last looked down on construction at 545 N McClurg Ct in Streeterville, two months ago, work was continuing on the building’s foundation.

The tower crane has since been erected, and the building’s service core is just beginning to rise above ground. 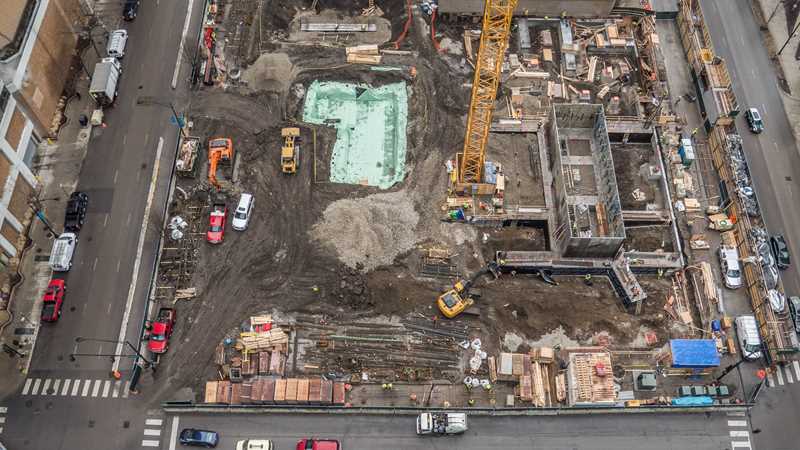 My vantage point for these shots was the balcony of a 28th-floor 2-bedroom apartment at Atwater, 355 E Ohio, directly across the street from the new building. Within a few weeks the building’s vertical progress will be visible from street level. The 490 apartments at the 44-story tower are slated for occupancy next year. 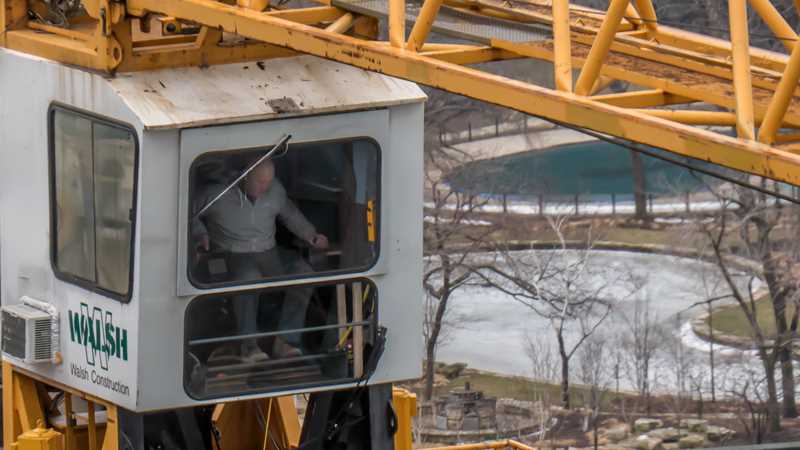 I was unsuccessful at capturing a clear shot of the crane operator, despite being relatively close in height. A part of the Alfred Caldwell-designed 2 ½ acre park at Lake Point Tower is visible behind the crane cab.