A few days ago the multi-year reconstruction of Congress Parkway and Wacker Drive passed a major milestone with the opening of all lanes on Congress to traffic.

When the project is completed later this year there will be three acres of new parkland flanking Congress, which is the major artery into the Loop from the Eisenhower Expressway. 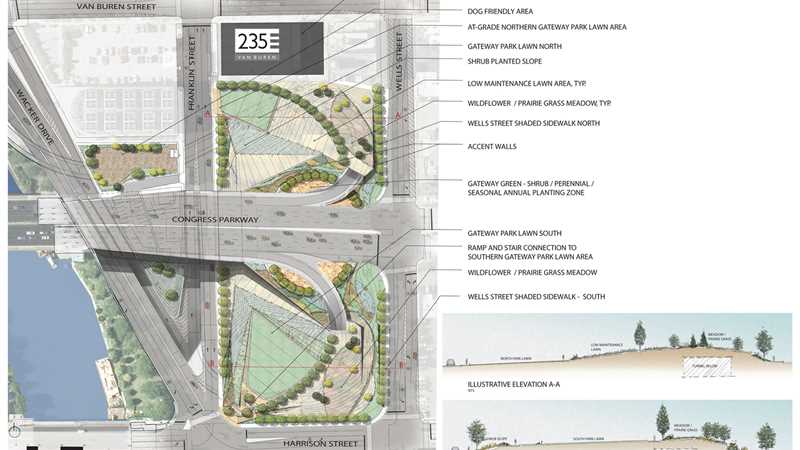 The new park, tentatively named Wacker Gateway Park, is immediately south of the new high-rise condo at 235 Van Buren, the sponsor of this video.

The video takes a look at the status of the construction on Congress Parkway from the vantage of a 29th floor south-facing balcony at 235 Van Buren.