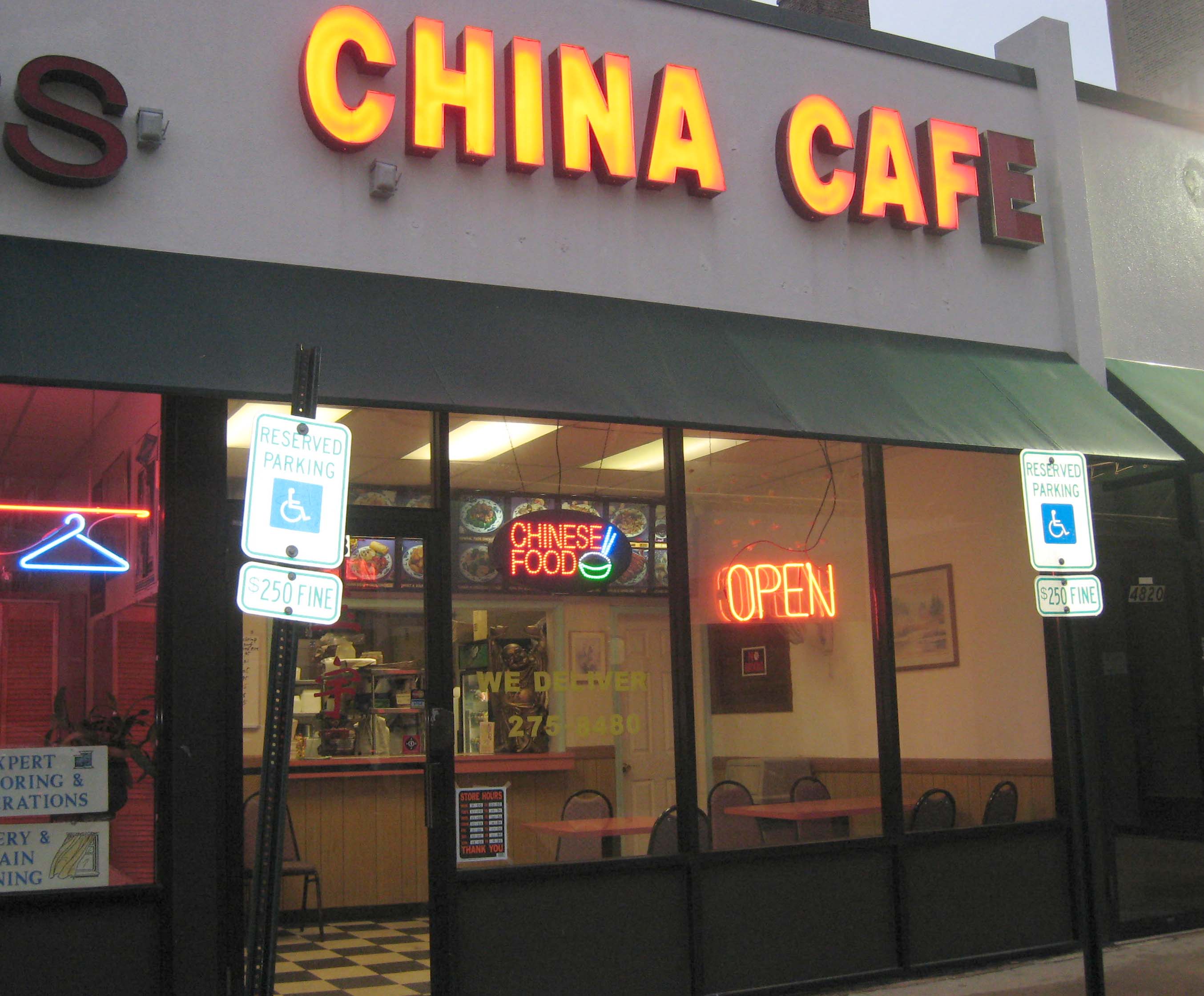 No, it doesn’t look like much, but the China Caf (that “e” has been broken for a while), at 4814 N Sheridan Rd, offers some of the best Chinese food in Uptown, which is chock full of terrific Asian restaurants. Just $4.95 gets you a “medium” order of almost any standard Chinese dish, which is more food than two people can eat, unless they’re famished. China Cafe is heavier on vegetables (fresh, by the way) than lots of local Chinese joints, which is a plus in my book.

One of the biggest drawbacks to ordering from China Cafe – here comes the real estate – is the location in Weiss Plaza, a seedy little strip mall at the northwest corner of Sheridan Road and Lawrence Avenue, on the edge of Margate Park.

In most locations, strip malls tend to ugly up the street, and in this case, the parking lot also draws an assortment of kids prone to, on good days, roughhousing in a way that intimidates customers. On bad days, they’re prone to outright violence (twice in the last six months, I asked the clerk at the JJ Peppers convenience store on the corner to call police because there was a major battle underway outside his door).

This despite what seems to me a fairly heavy police presence on Lawrence in Uptown. Maybe the cops need to camp out here for long stretches in the evening to put the problem in check; maybe the landlord should consider a private security guard during peak evening hours. Clerks, for their own benefit, should be a little more vigilant about calling the cops quickly at any sign of trouble. I’m not sure what the solution is, but the problem might explain a lot about the immediate neighborhood.

I’ve wondered why Margate Park, a dense lakefront pocket bounded roughly by Lawrence and Foster avenues, the lake and Sheridan Road, isn’t better served by small convenience retail, services and restaurants. A massive number of apartments has converted to condos on these lakefront blocks in recent years, and their owners, as well as the many renters still in the neighborhood, don’t have many options to get a cup of coffee, go for brunch on Sunday, have a beer or get a suit cleaned.

There is money to be made here, and serious unmet demand. Let anyone who doubts that check out the wait at Tweet, 5020 N Sheridan Rd, for Sunday brunch. Tweet, however, is the exception on Sheridan, a street whose commercial component remains bleak despite the density and demand and a fair amount of disposable income on surrounding blocks. And even Tweet isn’t open for dinner.

Is safety the thing here, or are there other factors in play? Or are we missing hidden stuff in Margate Park and labeling it unfairly? (Don’t point out Argyle Street, please. We know all about it, but it’s a decent walk away for someone living at Lawrence and Marine, and it’s dominated by specialized commercial that relies heavily on people driving in from elsewhere to shop and eat).

Are these stretches of Sheridan and Lawrence suffering for sitting on the edge of two wards (46th and 48th)?

Click on “Comments” below to give your two cents.