Are there deals to be had at Printers Row Lofts? 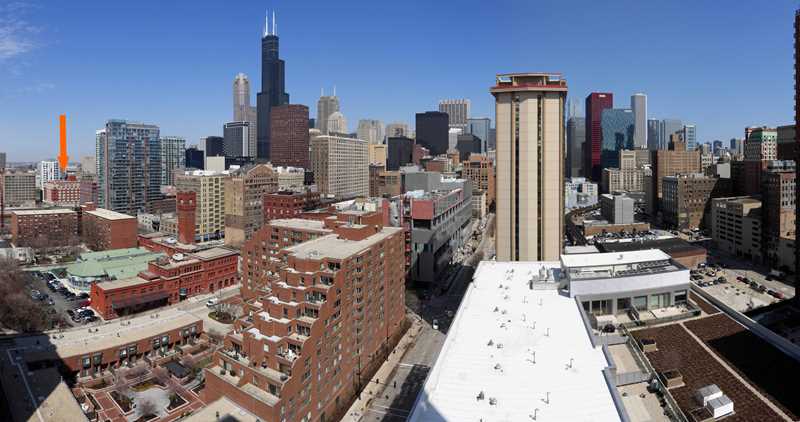 Printers Row Lofts is an 8-story, 138-unit loft building at 732 S Financial Pl in the South Loop. The building, which is on the National Register of Historic Places, was converted to loft apartments in 1996 by Tony Rezko‘s Rezmar Group and converted to condos in 2003. We wrote about the conversion in the February and April 2003 issues of our now-defunct New Homes Magazine.

Printers Row Lofts, not surprisingly for anyone familiar with the real estate name game, is not in Printers Row. It’s several blocks west of the neighborhood whose southern boundary is marked by the distinctive clock tower at Dearborn Station. The eastern side of the building overlooks the railroad tracks that terminate at the LaSalle Street Station. The western view is largely blocked by adjacent buildings.

The building had a special assessment 5 years ago, reportedly to cover façade repairs. A sampling of 50 units in the building surfaced 10 that had been in foreclosure.

Resale prices on the units, which were originally sold from the mid-$100s to the mid-$300s, have fallen substantially below those levels. The larger units appear to have held their value better than the smaller ones, some of which have resold for less than half their original purchase price.

Given the rent levels in the area, are units at Printers Row Lofts attractive to resident or investor purchasers? You would, of course, need to know much more about the physical and financial condition of the building before answering that question.