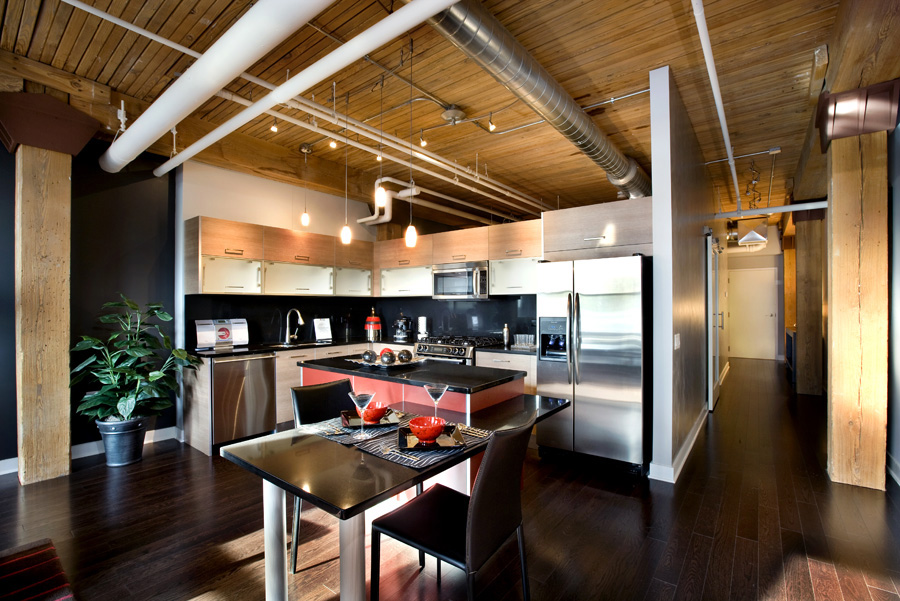 Streeterville is a neighborhood dominated by glassy high-rises and sleek towers. Nestled in the midst of these paeans to the sky, however, is a rare low-rise loft conversion.

MCL Cos. is building lofts in the top three floors of a six-story brick building on the Ogden Slip, a finger of water that runs parallel to the north bank of the Chicago River.

In the late 19th century, freight ships used the slip to unload their cargo directly into the building, which served as a distribution center, according to Barbara Dudeck, a sales agent with MCL. Today the building is home not only to the new conversion (dubbed The Lofts at River East Art Center) but also offices, artist workspaces and Fox & Obel, an upscale grocer. 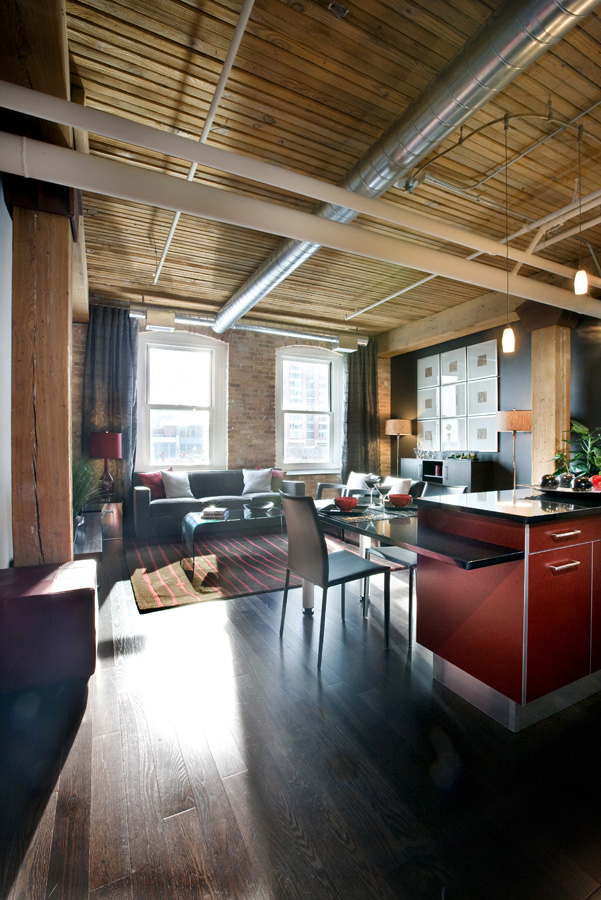 The lofts have exposed brick and timber ceilings more than 10 feet high. Standard finishes combine modern cabinets by Avanti and hardwood floors with a rustic finish. The south-facing units have balconies overlooking the slip, and the north-facing units overlook a two-acre park developed by MCL for its new high-rise, The ParkView, at 505 N. McClurg Court.

MCL reported today that about 30 of the 150 units at The Lofts at River East Art Center had sold. (The developer re-launched the project in November after scrapping plans to include two stories of new construction to the roof.) Prices start in the $430s and top out at more than $900,000. Deliveries are slated for spring or summer 2009.