At Lakeshore East, The Coast will block The Tides 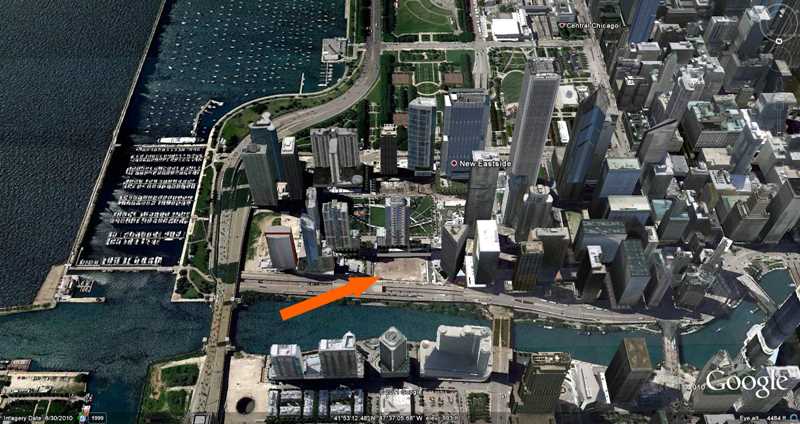 Ever since the announcement of a new tower at Lakeshore East fronting `Wacker Drive there’s been speculation about how it would affect the views from Aqua.

According to its architects the façade of the new tower, now known as The Coast, is a “composition of light and translucency.”

The Google Earth view of Lakeshore East, above, makes it fairly easy to see which buildings will have their views impacted by The Coast. The lower floors of Aqua, which contain apartments and hotel rooms, will have some of their views blocked. Aqua’s condo units should be largely unaffected, since they rise above the 49-story height of The Coast.

The north-facing apartments at The Tides, which lies directly south of The Coast’s site (arrow in visual), will suffer the most visual blockage from The Coast. The Coast won’t be translucent enough to maintain the views from The Tides.

The following video was shot a week ago, apparently from The Tides: