Next is a 29-story, 310-unit apartment tower that began construction in May of 2015 at 347 W Chestnut St on Chicago’s Near North Side. First occupancies are targeted for the latter half of 2016.

Chicago-based Fifield Companies is the developer, McHugh Construction is the general contractor and Pappageorge Haymes is the architecture firm.

Information about the unit mix is not yet publicly available. 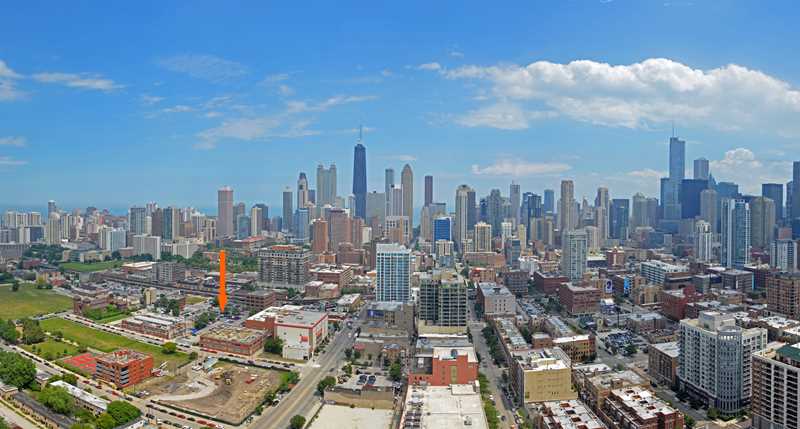 Views. The location affords sweeping, uninterrupted, dramatic views of the Chicago skyline to the north, east and south.

Next will have an amenities suite comparable to many other new buildings. The building will have an outdoor deck with pool, cabanas, outdoor grills, a fire pit and seating areas.

Next will feature a resident lounge with demonstration kitchen, a fitness center with indoor / outdoor yoga studio, a media room with surround sound and a business center with computer stations and a private conference room.

The building will have on-site management and leasing staff and a 24-hour concierge.

On-site parking will be available to residents. The building will include a bicycle storage room and repair center.

The location, at the edge of River North, is poised for rapid change. 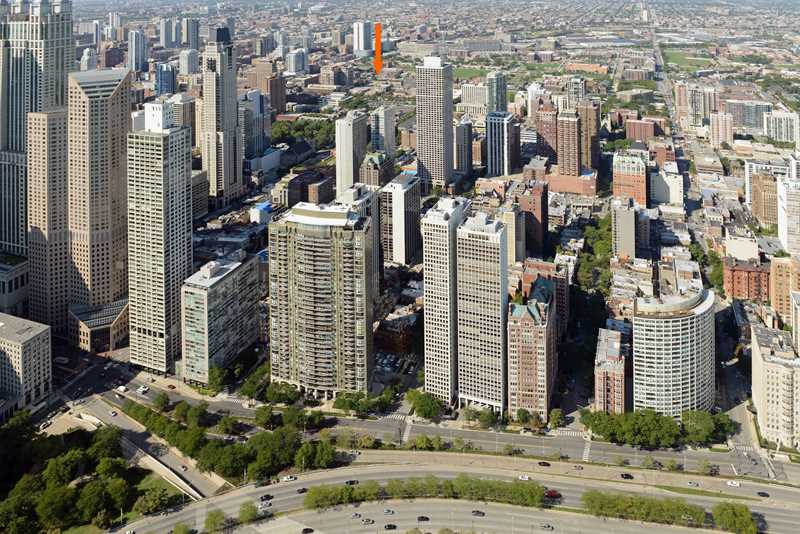 Crain’s Chicago Real Estate Daily has a recap of some of the developments planned and underway in the immediate neighborhood. A few short blocks northwest, 47 townhomes priced from the mid-$500s to the mid-$700s sold out pre-construction.

Walk-to proximity to 600 West, home to Groupon and other major employers, is a plus for the location.

Shopping. A new Target is a few blocks northwest of Next. 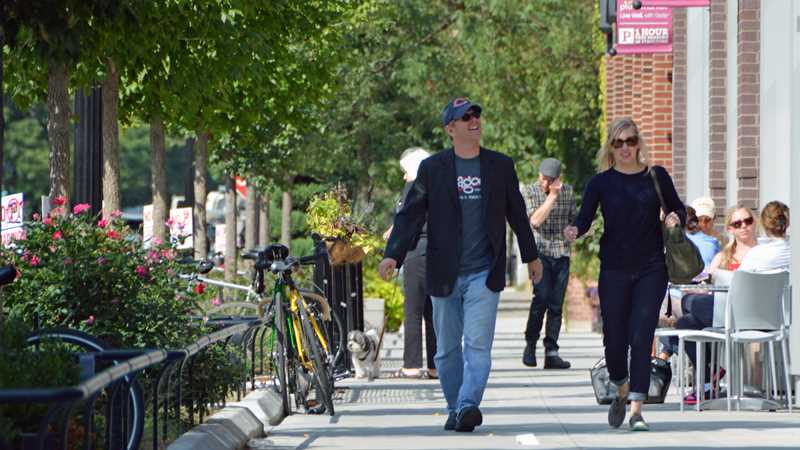 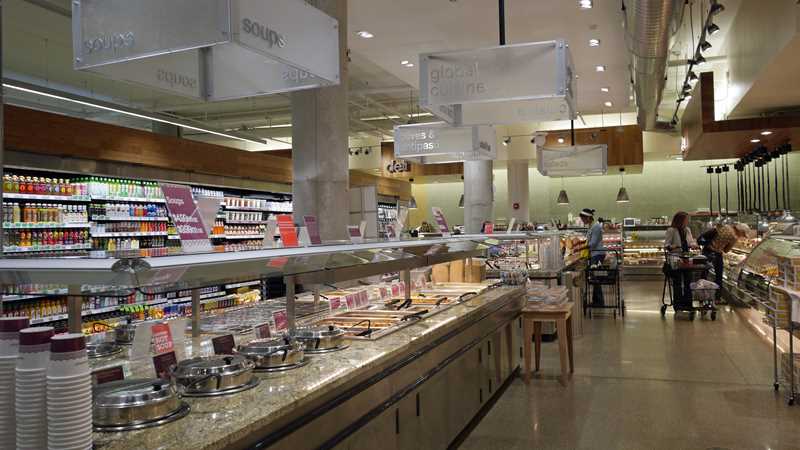 The new Plum Market is a half-mile northeast, just north of Division on Wells St. Whole Foods is just over a half-mile southeast.

Dining, nightlife, entertainment. Residents at Next will have a decent selection of dining and drinking establishments within a few blocks of the building, and relatively easy access to River North’s vibrant dining scene. The scale of development in the area is likely to spawn additional retail and dining venues in the area. 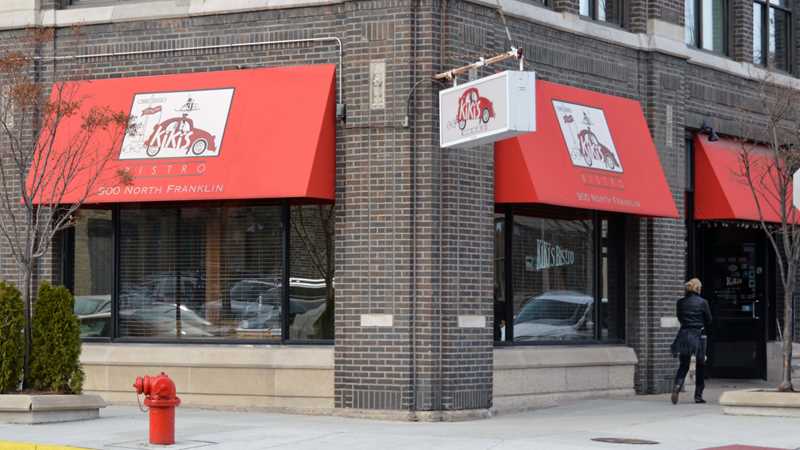 A short block east of Next mk serves up new American fare and Kiki’s Bistro offers some of Chicago’s best French food. Both are housed in interesting loft spaces.

The 700 block of Wells St, about a 5-minute walk from Next, hosts Brehon Pub, Prosecco, Karyn’s Cooked and the ever-popular Yolk. 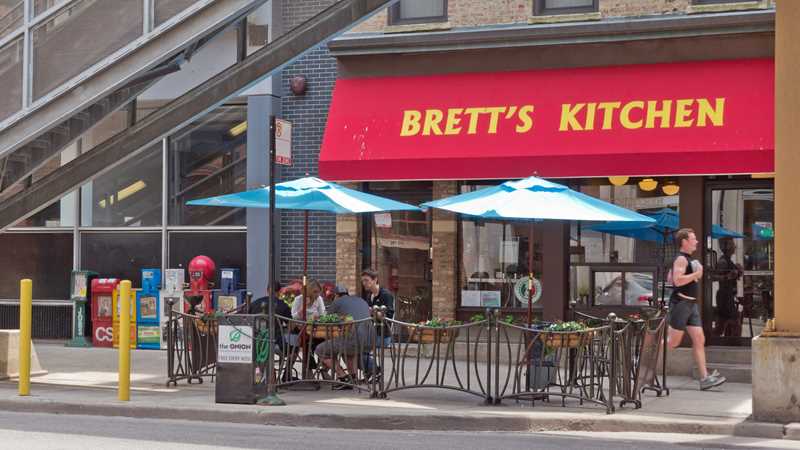 There’s a Starbucks a 4-minute walk away at Chicago and Franklin, and the popular Brett’s Kitchen is a block further south. 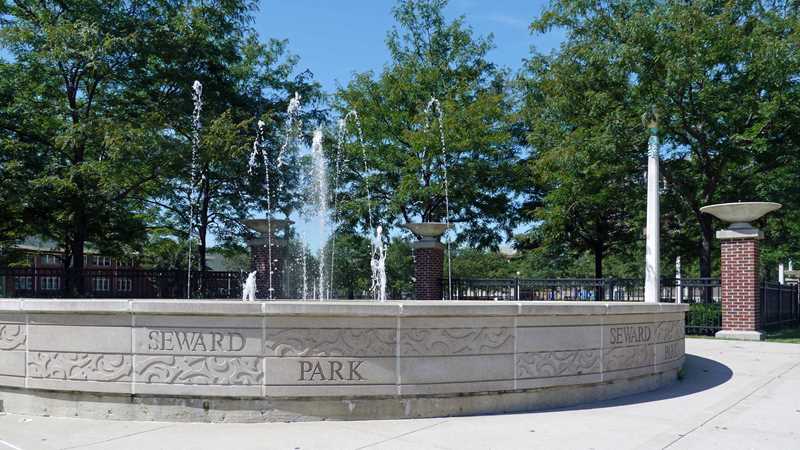 Parks, recreation. Seward Park, which has softball / soccer fields, outdoor basketball courts and a field house with two gyms and a boxing ring, is a few blocks north of Next.

The Brown and Purple Line stop at Chicago Ave is a 4-minute walk from Next.

The #66 bus on Chicago Ave, a block south of Next, connects to the Magnificent Mile and Streeterrville to the east, and River West and the CTA Blue Line to the west,

Next has relatively good access to I-90/94 via Orleans St to the Ohio / Ontario on-off ramps, a few blocks south.

There’s a Zipcar location and a DIVVY bike station just east of the El stop on Chicago Ave. Taxi service is not as readily available as in the more established neighborhoods further east.

Next in the news

If you’ve visited Next, and are not a real estate agent, add your thoughts in a comment. Comments are moderated, and commercial messages are not allowed.