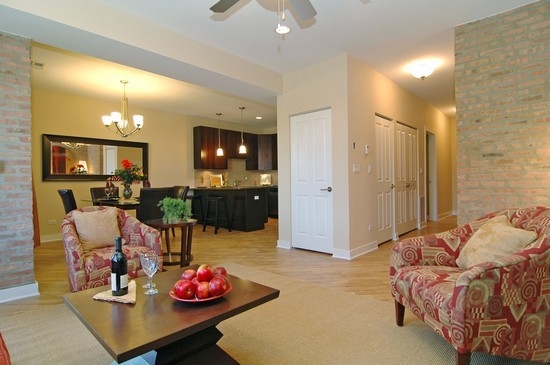 The ads for the 31 condos at 4348 – 58 S Prairie Ave in Grand Boulevard piqued my curiosity this week for a couple of reasons.

First, the development’s name is Blues Elegance, which isn’t quite as confounding as calling a King Drive project “Logan Square,” or as pie-in-the-sky as christening a conversion “Reawakening Pilsen,” but still a little amusing. Rubloff’s Web site wisely tries to explain: “Condominium residents will share their neighborhood with the much lauded Harold Washington Cultural Center and the electrifying birth of the Chicago’s Blues and shopping district along 47th Street.”

Second, and more importantly, the ads for Blues Elegance promote its lease-to-own program. Lease-to-own isn’t the kind of thing we hear about all that often, so I asked Rubloff agent Michelle Browne to explain how it will work. 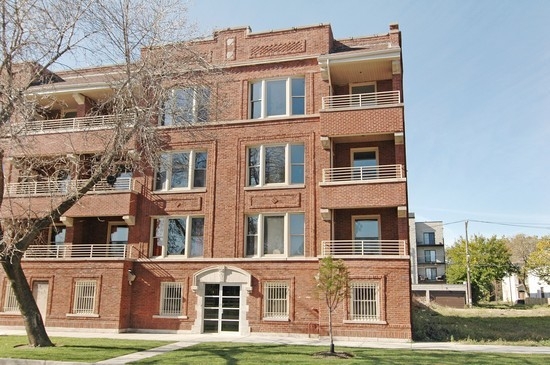 Browne started by assuring that Blues Elegance’s program is on the up-and-up: “It’s a real lease-to-own program through Wells Fargo, not just a way for the developer to rent out units while things are slow,” she says. Buyers will have to go through a mortgage pre-approval process and will probably take over their full mortgage payments 12 to 18 months after signing their leases.

Blues Elegance’s 31 units range from one-bedrooms with dens to three-bedroom duplexes. The homes are priced from the $140s to the $240s and will be leased from about $800 to $1,700 a month, Browne says.

Rubloff’s listings describe the homes as having new white oak floors, exposed brick walls, granite countertops with back-splashes, stainless-steel appliances, and spa bathrooms with stone, but Browne says that buyers will have the opportunity to finish their units to suit.

Parking is included for every unit except the one-bedrooms. The buyers of those units can purchase spaces for $10,000 a piece.

As I said, we aren’t seeing too many of these lease-to-own programs mentioned in brokers’ new-development ads, but Browne says there’s a good chance that more could pop up over the next year, as buyers and developers both adjust to a changing market.

“I think it’ll continue for a couple of reasons: It gives buyers the instant gratification of being in the property they want, and it gives them the realistic experience of paying a mortgage – or what’s almost a mortgage – and building up credit. For a lot of buyers, it may be the only option for some time,” she says.