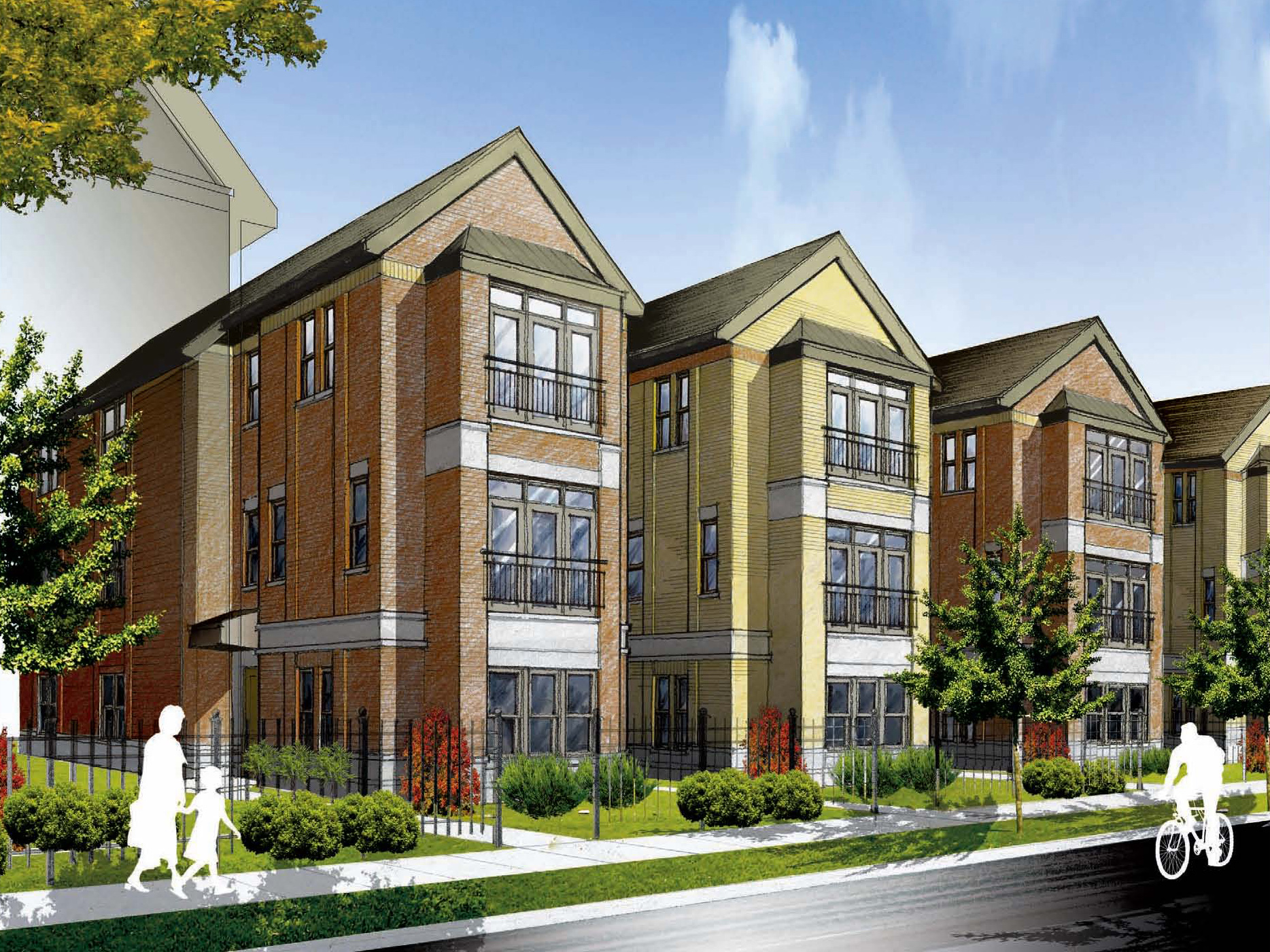 Recognizing a need to build homes to order instead of on spec, and seeing an opening in the market for large homes priced in the high $700s to mid-$800s, Bluestone Development has amended its original plans for 10 more townhomes at Fletcher Row, 2424 W Fletcher St, and instead will build six new single-family homes, says Bluestone partner Robert Frankel.

“We didn’t want to keep building everything at once,” Frankel says. “With townhomes, you have to build the whole thing. By choosing single-family homes, we can build one at a time.”

A recent media release describes the single-families as Arts and Crafts-style homes with four-bedrooms, 3.5-bath, and 3,400 square feet. They will feature masonry facades, Pella windows, Hansgrohe plumbing fixtures, marble bath finishes, balconies off the kitchens, two-car garages with optional roof decks, and private yards. Buyers will also have the option of adding solar rooftop panels to supplement the home’s heating and hot water.

Bluestone had planned to build a second phase of 10 townhomes following the completion and sellout of its first 10-unit phase. Five of those first 10 townhomes have closed, he says; the rest are four-bedroom / 3.5-baths with 2,170 to 3,044 square feet, priced from the $490s to $690s.

By opting for single-family homes instead of more townhomes, Frankel says he hopes to attract buyers who want a single-family home near neighborhoods like Lake View or Roscoe Village but don’t want to pay more than $1 million. “I think we’ve found a good niche,” he says. “There’s really no new construction like this for under $850,000 in all of the city.”

Bluestone will break ground on one model home in spring of 2010, with work beginning on each of the other five homes as it goes under contract.