I joined a group of high school journalists Saturday for a tour of Bronzeville with the Community Media Workshop. We walked 47th Street searching for signs of the neighborhood’s early 20th century heyday, when it was a hub of African-American intellectual and cultural life.

The revitalized segments of 47th trade heavily in nostalgia – literally and figuratively. Nostalgia Jazz & Wine Club, a project backed by former Third Ward alderman Dorothy Tillman, is slated along the north side of 47th between King and Vincennes. According to the Sun-Times, the city has stalled the project since the builders failed to get permits and improperly installed the foundation. The club replaces Gerri’s Palm Tavern, a renowned nightspot closed by the city in 2001 amid much public outcry.

Tillman was the force behind bronze statues honoring local musicians and banners proclaiming 47th Street a blues district. She also presided over the creation of The Harold Washington Cultural Center at 4701 S King Drive – and used it to dole out plush jobs to her friends and relations, according to a Polk award-winning series in the Lakefront Outlook newspaper.

There are other signs of life on 47th, notably in the 47th Street Market Place mall, but the strip is dominated by rows of storefronts with sagging plywood tacked over the windows and vacant lots with grass so long it bobs and flattens in a stiff wind. Not much cause for nostalgia there. 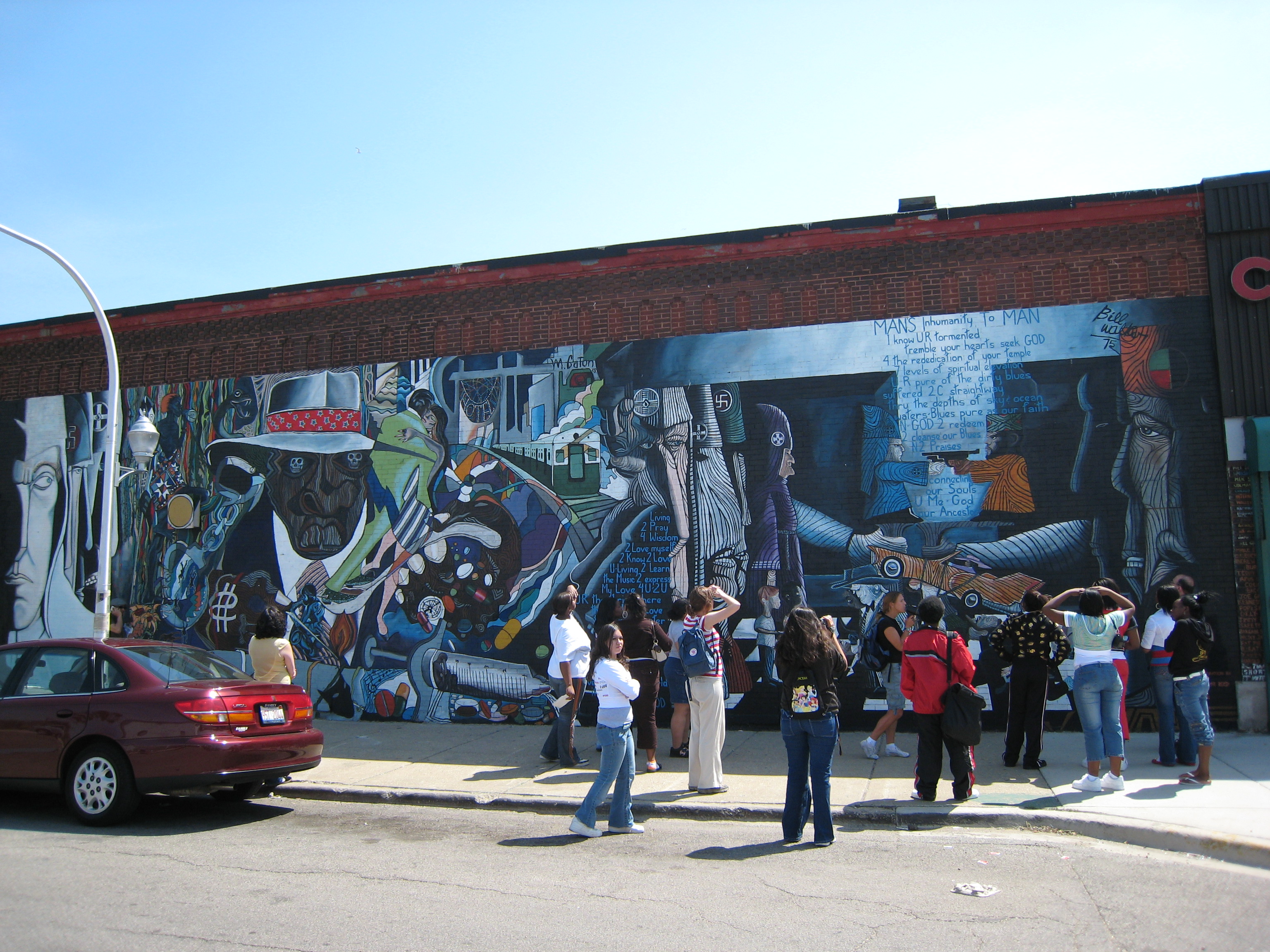