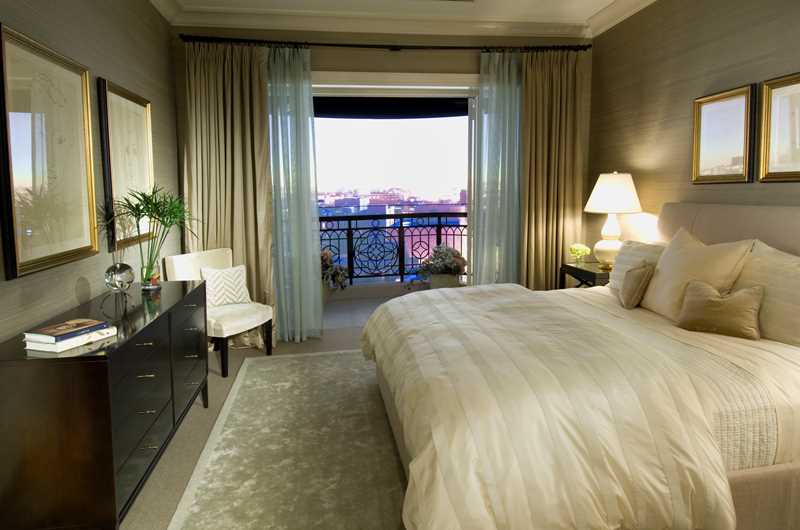 It’s no secret that people in Lincoln Park love big homes. Any cursory tour of the North Side neighborhood will reveal enormous houses rising on double- or even triple-sized city lots, many of them ornate faux-historical creations with jumbo price tags.

“In Lincoln Park, there are some extraordinary numbers that come out when people can assemble residential lots,” says John Murphy, a principal in Ricker Murphy Development, LLC.

He ought to know. Ricker Murphy is building Lincoln Park 2520, an ultra-luxury high-rise at 2520 N. Lakeview Ave., overlooking the park and Lake Michigan from the sort of site that rarely becomes available in the pricey, popular, highly developed neighborhood. The floor plans are on the big side to begin with, ranging from 882 to 3,793 square feet. And Murphy says many buyers are combining units, creating some as large as 10,000 square feet – double the square footage of many large single-family homes.

Lincoln Park 2520 originally comprised 320 units, but Murphy estimates that number will shrink to somewhere between 250 and 255, given the number of combinations. That gives the developer some room to play around with the number of townhouses planned along St. James Place and Deming Place, stretching back from the proposed tower. Ten townhomes are planned now, and between eight and 10 more might be added, he says.

Murphy calls these homes “maisonettes,” a term often used to describe apartments occupying two or more floors of a larger building. The homes will likely range from 3,200 to 8,000 square feet, he says.

But while most of Lincoln Park 2520’s homes are big, they’re meant to be restrained and elegant, not flashy, in accordance with the overall design by architect Lucien Lagrange. The high-rise is divided into 21-, 39- and 30-story towers, the tallest with a metal-clad mansard roof. The granite and limestone base has a two-story entrance supported by classical columns.

The development team figured prospective buyers would be most attracted to a neoclassical building. “It’s a very much understated street because a lot of wealthy people live there,” says the French-born Lagrange. “They don’t like to show off, they like to be quiet – the kind of people who don’t go out to East Lake Shore Drive and the Gold Coast. They don’t want anybody to know who they are. So the market was for certainly high-end residents.”

But early on, the developer considered a modern design, Lagrange says – something aesthetically closer to X/O, his pair of asymmetrical glassy towers planned for the South Loop.

“So we did a very modern façade for the building. And it worked! In the end, a step at a time, our new client realized that it wasn’t the thing to do, and it wasn’t what the public wanted,” Lagrange says.

Despite his own forays into modernism, Lagrange is dismissive when it comes to angular steel-and-glass buildings. “A lot of people don’t find that comfortable. They don’t think it’s elegant,” he says. “It doesn’t really respond to their values.” However, he points out that while Lincoln Park 2520 is classic in spirit, the homes are meant for life as it is lived now, not 100 years ago. “The windows are much larger, very large windows,” he says. “You know, in the buildings of the ’20s there were rather small windows.”

But some vestiges of past decades linger, especially in the layouts of some units, which include living rooms and family rooms – separate spaces for formal entertaining and casual lounging. Some units also have separate dining rooms that seat 16. “So you can have sit-down dinners, and then you get up from the table, and then you have a coffee in the living room… and on the balcony you go and smoke a cigar.”

The balconies on the east side of the building overlook what many might consider Lincoln Park 2520’s greatest asset, its uninterrupted views of Lincoln Park and Lake Michigan.

Sales at Lincoln Park 2520 were fast out of the gate, with nearly a third of the units selling just three weeks after the official start of marketing in April of 2007. Murphy attributes this in part to pent-up demand; Lincoln Park 2520 is the first big condo project built in Lincoln Park in three decades. In mid-October, sales had reached the 40 percent mark, he said.