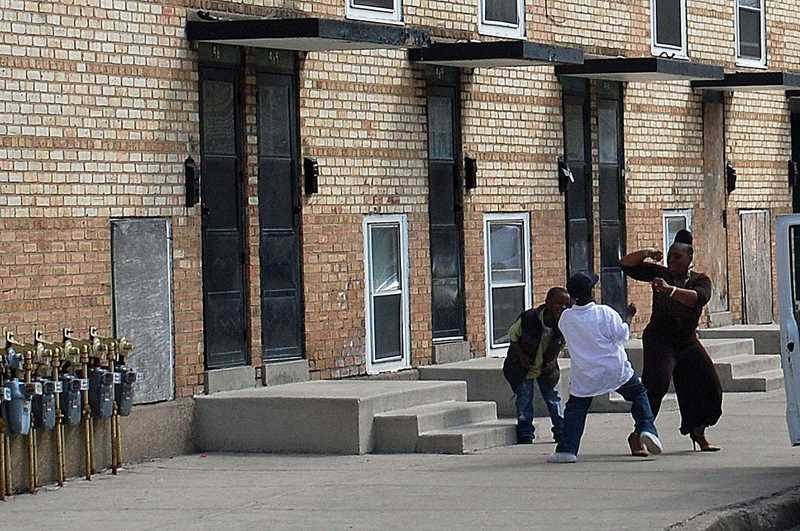 The Tribune’s Breaking News reports that the Chicago Housing Authority has given 180-day notices to the residents of the remaining 33 units in the non-rehabbed portion of the Frances Cabrini Rowhouses.

I received a relocation notice when I visited the area and took these shots. It didn’t contemplate an extended time to vacate the area, and it was issued in far more colorful language than the CHA would use. It contained the standard boilerplate invitation to “get your white m**f**ing ass out of here” that I’ve received in many parts of Chicago.

“The levels and nature of criminal activity continue to pose a real threat to the residents of the area, but it is a particularly disturbing threat due to the significant number of children in the old section of Rowhouses,” Interim CHA CEO Carlos Ponce said, explaining the 180-day notices.

The Cabrini Rowhouses are several blocks from our River North offices. I’ve heard gunshots while driving by, and seen flourishing open-air drug marts in the area.