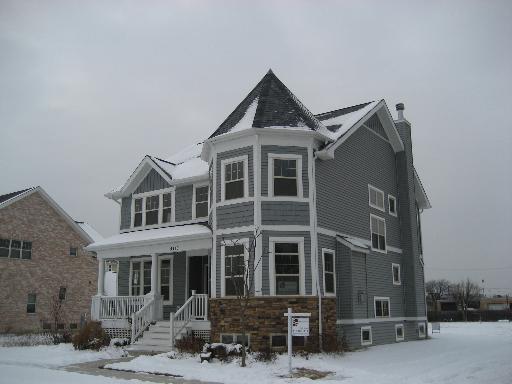 Last week I pointed readers to a new-ish home at CA Development‘s Edgebrook Glen in Jefferson Park that was on the market for $450,000, more than $543,000 below what it sold for in September 2007. “Should sell rather fast,” said Eric Rojas in the post’s comments, adding that he had alerted a client about the deal. Last night Eric returned to say that the home went under contract in just five days.

The only other listing in the development is a 3,635 square-foot, four-bedroom / 3.5-bath home listed by Berg Properties. Yesterday the home received its first price reduction in four months (albeit a modest one), dropping from its original list price of $629,900 to $599,000.

In all, that puts the average price per square foot at Edgebrook Glen at $163, still well above the $104 for the heavily discounted home.