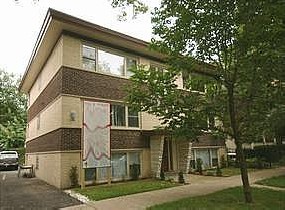 The developer of 1343 W Winona St, a conversion in Uptown just south of Andersonville, will for a limited time pay closing costs up to $4,000 and throw in a free plasma TV. Those deals might seem a little ho-hum (developers are giving TVs away like candy, it seems) but consider the prices on these units: Keller Williams’ John Murray team has the two-bedroom two-baths priced from $221,900 to $246,900. That includes a parking space.

Most two-bedrooms we’ve seen in the area start in the low $300s and go up significantly higher. We’ve come across some lower-priced two-bedrooms in other neighborhoods, for example up north in Rogers Park, but those are frequently really tiny. These condos, by contrast, have some room to spread out, with a 16-by-10-foot living rooms and an 18-by-10-foot master bedrooms.

Of course, the building doesn’t have the vintage brick-and-limestone charm the neighborhood is known for (though Winona Street, especially as you head east toward the lake, has a bunch of squarish, Brady Bunch-era apartment buildings of this same ilk).

But aside from the paucity of windows (only one in the combined living room / kitchen), I don’t mind the look of these interiors. Given the right ’60s furniture – maybe a few beaded curtains a la George Peppard’s apartment in Breakfast at Tiffany’s – I could get excited about them.