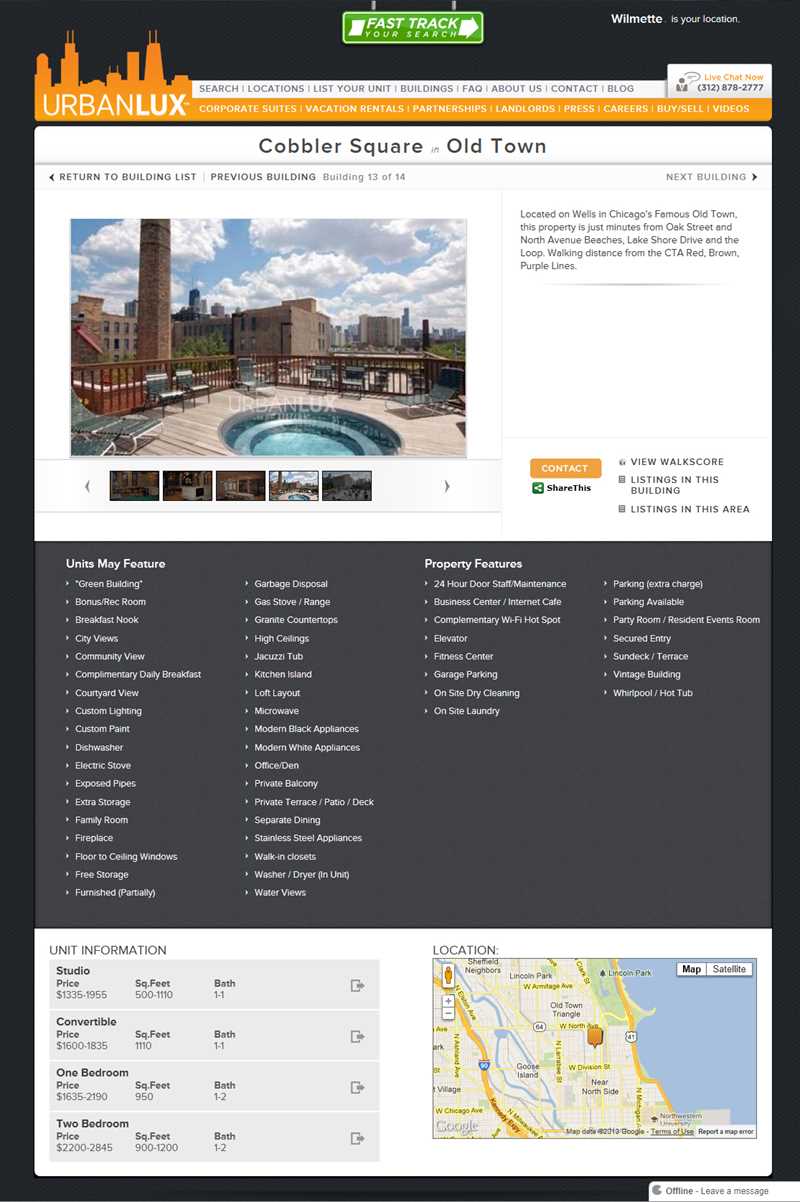 You’ll find scores of rental services on YoChicago’s do-not-call list. We’re singling out twelve of them – the ones we consider the dirtiest dozen – for a closer look, as part of our Craigslist Apartment Cleanup.

The top spot (chronologically) on our dirtiest dozen roster went to Rent Proactive. Next up on our roster is Urban Lux.

We don’t intend the order of selection to suggest that one company is worse than the other. Our informed opinion is that there aren’t enough differences among the companies we’re selecting for the dirtiest dozen to rank order them.

What does a rental service have to do to earn a place among our dirtiest dozen? Longevity is key – the company has to have first come to our attention some time ago. An online presence that we deem to be significant and frequently untruthful is the second criterion. The goals of the Craigslist Apartment Cleanup include seeking sanctions for illegal online behavior and legislative changes to reduce its incidence, and that requires us to focus on behavior that we can carefully document over a period of time.

Urban Lux was a charter member of YoChicago’s do-not-call list going back to March of 2011, and we’ve previously written about the company’s bait-and-switch tactics and its irresponsibly insecure online application form.

Urban Lux is also a prolific Craigslist spammer, with nearly 1,800 repetitive ads active there as of just after 7 p.m. yesterday.

There are indications in Urban Lux’s Craigslist ads that Craigslist itself may have identified the company as a spammer. Most of the content of each of the company’s ads is presented as a single jpg image, ensuring that the company’s name doesn’t appear in searchable text in its ads. Each of its ads contains a unique string of nonsense text, making the ads appear non-duplicated to Craigslist’s filters. A sample: “round we through my write might live has up where ask eye very it is but draw we give answer run.” Craigslist’s terms of use refer to this as content “spinning” and specifically prohibit it. An Urban Lux affiliate, inRentive, boasts about its “unique ‘Ad Randomizer’ feature, which allowed us to post a vast number of Craigslist compliant listings without a single ghosted ad.” Urban Lux posts are not, however, “Craigslist compliant” with regard to frequency of posting or the inclusion of copyrighted materials owned by others.

We notified Urban Lux by email on December 26 and again on January 3 that it was running unauthorized ads for specific properties that support the Craigslist Apartment Cleanup. Our second notice also called Urban Lux’s attention to its unauthorized use of copyrighted images in those ads. As of 7 p.m. yesterday Urban Lux had a total of 63 ads live on Craigslist for those properties, and continued its use of copyrighted images. 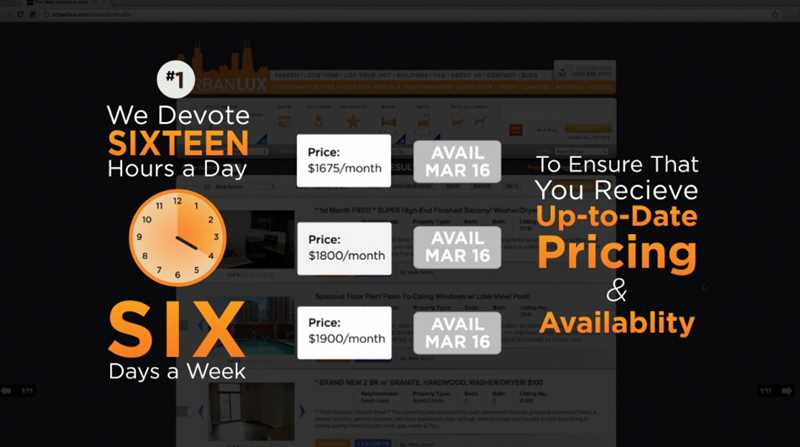 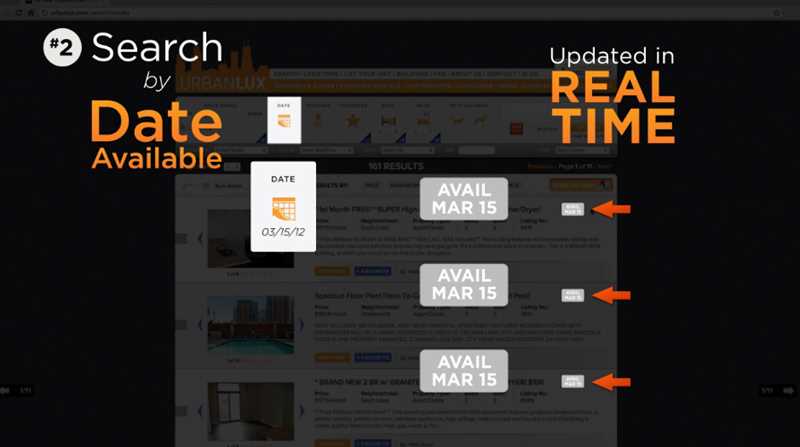 Many of the building entries at Urban Lux’s website and many of its ads are seriously misleading in that they recite popular features, e.g. in-unit washer / dryer, that simply don’t exist at a property. Rents are often understated, often by significant amounts, and don’t appear to be updated at all on some of the properties at Urban Lux’s website. And, yes, I understand that rental amounts and availabilities change frequently enough that an ad can be honest at the time it was placed and inaccurate shortly thereafter. I’ve documented specific instances of understated rents over a long enough period of time to know that’s not the case with a number of Urban Lux ads.

Urban Lux’s online database of properties is so seriously flawed as to make it worse than useless – except as search engine bait, which appears to be its primary purpose. Among other things, it contains 100s of listings for properties that are not rentals and have nothing available for sale, and doesn’t disclose that.

We’ve documented a great deal more about Urban Lux’s online behavior, and we’ll continue to document it, as we will for all of the dirtiest dozen. In due time we’ll present that documentation to the state licensing authorities, and it will be part of the case we make to spur the state legislature to reform the licensing law.