Oversupplied condo market may squeeze investors when their "babies" are delivered 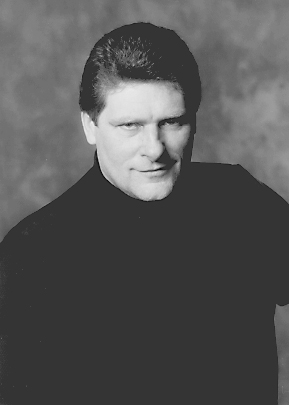 Fewer than 300 new condominiums were completed and still on the market in downtown Chicago at the end of 2006, but the inventory of unsold new-construction condos in the pipeline swelled to more than 6,400 units, according to one veteran real estate expert, who compared the current market to the condo-crash years of the late 1970s and early 1980s.

“The early 2000s saw the greatest condominium investment surge in Chicago since the condo conversion boom of the 1970s,” said Steven L. Good, chairman and CEO of Chicago-based Sheldon Good & Company, a realty firm that specializes in auctions. “However, today’s real estate speculators may have recreated the dot-com era of 1999 and 2000.”

One cause of the crash in the late ’70s and early ’80s was record-high mortgage rates of around 18 percent. Today, benchmark 30-year fixed-rate home loans are hovering around an affordable 6.25 percent. Why then, has Chicago’s new-construction condo market skidded to a slowdown during a period of just a few months? A number of trends contributed, but investors played a key role.

In the late 1990s, first-time buyers were the driving force in the condo market, according to housing analyst Appraisal Research Counselors, especially people living within one or two ZIP codes.

“Speculators who believe they can resell their unit at the time of delivery for a profit may find a tremendous amount of competition,” Lissner said. “They may end up renting their investment condo, letting it sit vacant, or using it as a part-time residence.”

This is the “greed is good” mentality, Good says, quoting Gordon Gekko, the ruthless stockbroker from the 1987 movie Wall Street.
And that deadly sin of real estate investment greed extends from the city to the suburbs.

“Over the past few years people stretched to own trophy properties – big houses in the suburbs,” Good said. “Now, 200 new $1 million-plus houses are on the market in Elmhurst alone.”

Buyers who wisely selected lower-priced studio and one-bedroom units in the city still will be able to resell them at a profit, however the two-bedroom penthouse priced at $700,000 will be tough to market, Good predicted.

Investors “could be in trouble” if resale values fall, Good said. Their only alternative might be to rent the condo, but even with low vacancies and higher apartment rents downtown, Good said it was unlikely the investor renting his unit would break even.

“When you add real estate taxes and assessments to the mortgage payment, an investor’s negative cash flow easily could exceed thousands of dollars annually on one condo,” he said.

Luxury new-construction condos are too costly to generate positive cash flow in the downtown rental market because they tend to be too large and too well appointed to attract rents high enough to cover costs, according to Lissner.Â Â

Investors who lack financial staying power might have to dump their units or walk away from the prospective purchases, she said.

“It will take two or three years – or longer – to work out the condo glut and market thousands of downtown investor units,” Good predicted. “The worst-case scenario is many of them may eventually end up in foreclosure because lenders have no incentive to give the investor-borrower a break.”

Good, author of Churches, Jails, and Gold Mines: Mega-Deals from a Real Estate Maverick, noted that his company’s national and international real estate auction business generates $100 million in sales each month, and he expects that figure to grow in the current, cooler condo market.