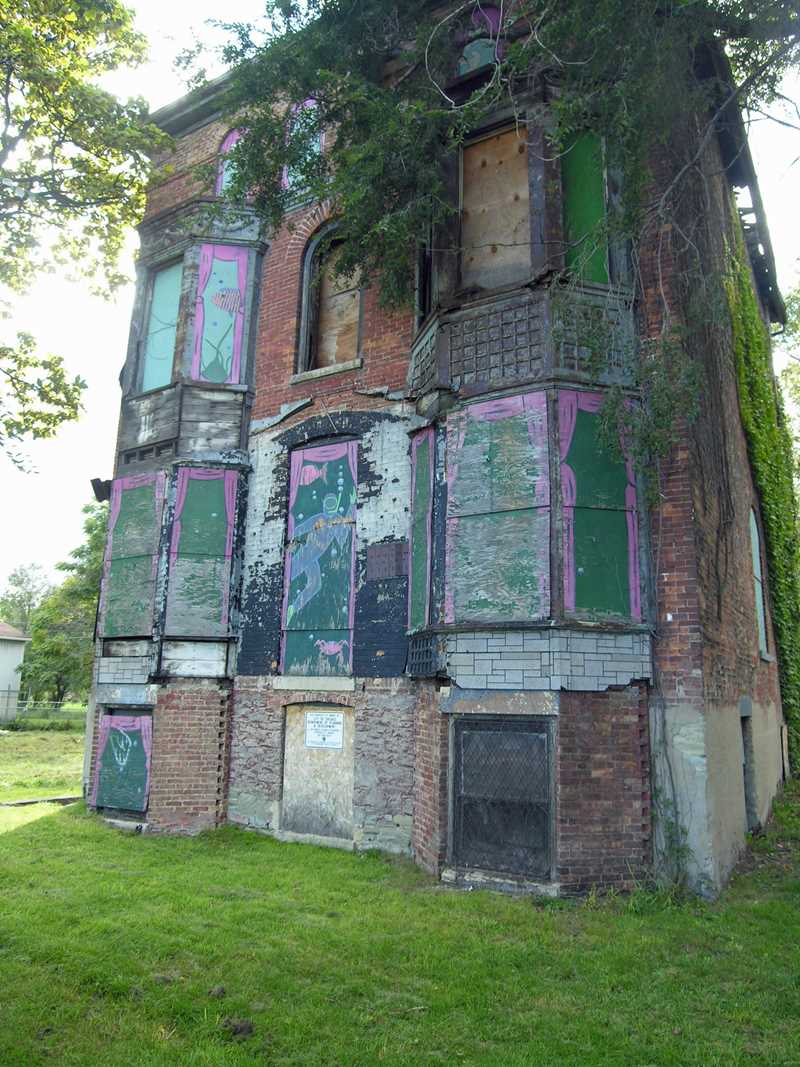 The City’s Department of Housing and Economic Development has put the John Raber House, a Chicago landmark, up for bid. The home, at 5760 S Lafayette in the Washington Park neighborhood, is on a 75 x 100 foot lot, all that remains of its original six-acre plot.

The Italianate home pre-dates the great Chicago fire of 1871. The fire occurred nearly two decades before the home’s site was incorporated into the City of Chicago.

You can find a great deal of information about the home online, most of it – including the City’s landmarks page – mistakenly placing its location in Englewood rather than in Washington Park. There’s also an extensive set of older photographys available. The home was on the Landmarks Illinois 2007 endangered list.

Architecture Chicago Plus quotes a description of the house in its early days:

The house stands in the center of handsomely arranged grounds . . . and although the building itself is not remarkable for its beauty, its surroundings are such as to render the general view very inviting. Within the enclosure are finely graveled walks and drives, bordered with beautiful arbor vitae hedges. Miniature lakes, filled with gold-fishes, and other pleasing features are to be met at every hand.

In recent years preservationist Bill Lavicka hoped to convert the property to an urban vineyard, doubtless taking account of the fact that nearly all the surrounding properties have been razed or burned out over the years.

Drug deals were taking place nearby and gunfire was audible when we visited the home and shot the above photo in September of 2008.