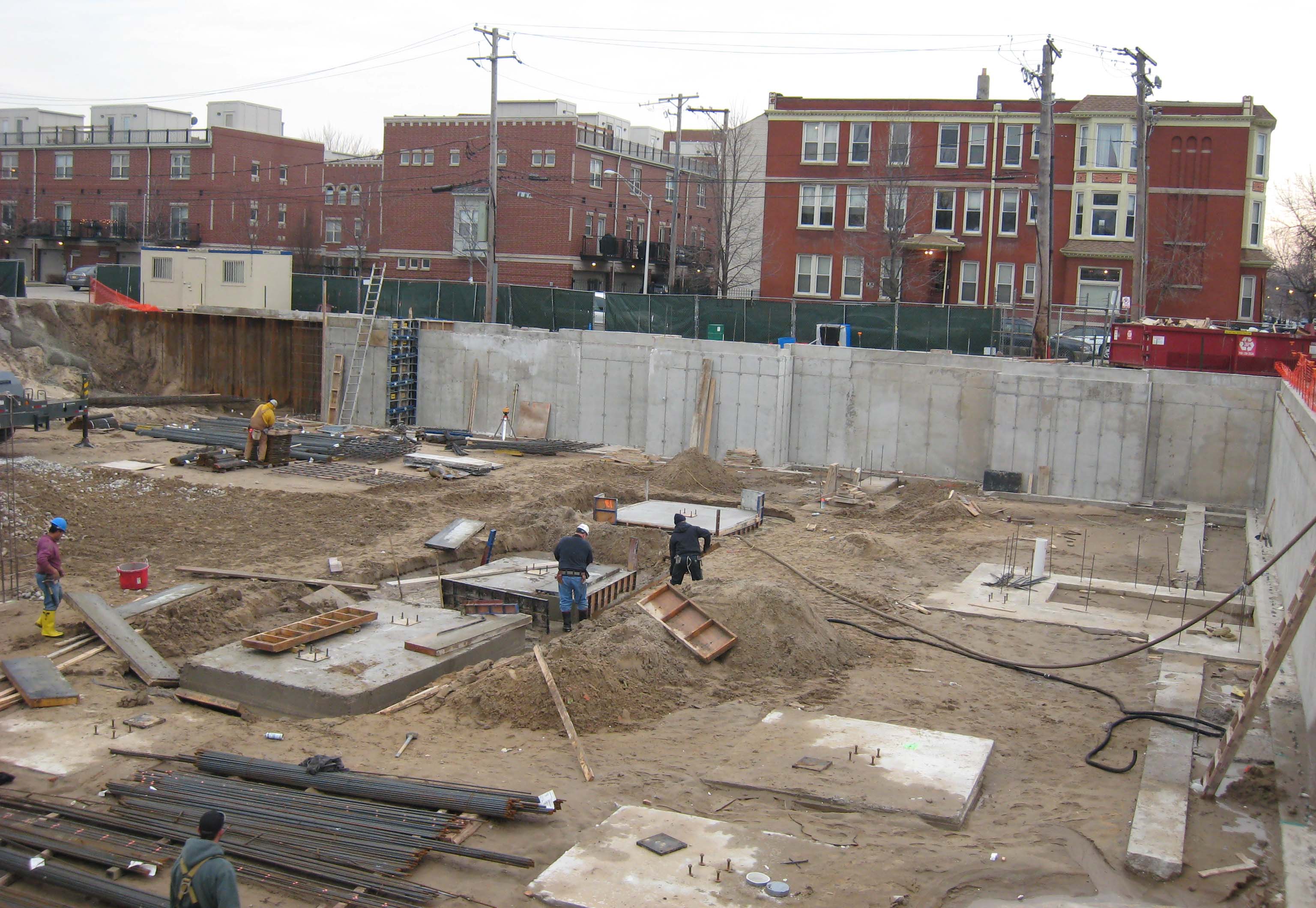 Everyone’s making predictions for 2007, so here’s one for Uptown in 2008: wholesalers’ row, which runs from roughly 4400 to 4700 North Clark Street, will begin to transform into a retail and restaurant destination. Movement in that direction already has begun, but given the current real estate market and economic environment, developers will spend 2007 finding tenants and buyers for the small amount of ground-floor retail they already have built into a couple of new condo projects.

Retailers haven’t exactly been lining up for that new space, but they’ll begin to move in during 2007, bringing this enclave on the edges of Uptown, Ravenswood and Graceland West to the tipping point. Projects like Clark View (pictured above), Jameson’s recent townhouses (visible behind the construction site), and Chase Park Commons – seven six-flats on the 4700 block of North Clark, also by Jameson – as well as nearby infill projects already have changed the look of the area around Chase Park. Most of these three blocks, though, remains dominated by large, utilitarian wholesale operations that are locked up like fortresses after 5 p.m.

But Clark View, which takes up a large part of the 4600 block of North Clark Street, will speed the changes already underway and foster the perception that these blocks of Clark – just north of Wrigleyville and just south of Andersonville – are ripe for retail. The project, which is being sold by @ properties, will have 36 condos with two to three bedrooms, garage parking, marble baths, granite counters, hardwood floors, stainless steel appliances and custom cabinetry. There’s no mention of unit pricing on site signage or the project’s Web site, though parking is listed at $28,000 per spot. First occupancy is scheduled for fall of 2007.

At the southern end of this stretch, which is completely vacant at night, Rubloff is selling 32 condos priced from the $250s to the $390s at 4420 N Clark St. The homes have two bedrooms and one to two baths, with around 990 to 1,300 square feet. This project also includes ground-floor retail, which is ready for occupancy.

All of this is good news for Anna Maria Pasteria, which moved north from Lake View a while back, and has stood like a lone sentry at the lonely corner of Montrose and Clark. The new location, which has excellent food and unlike the old spot, a liquor license, seems to be doing well despite the lack of company. More residents and more pedestrian-friendly facades on Clark also should be good news for Little Quiapo, across the street, and for the Fishpond, just north, assuming they can turn the new residents into customers before their rents start to rise. 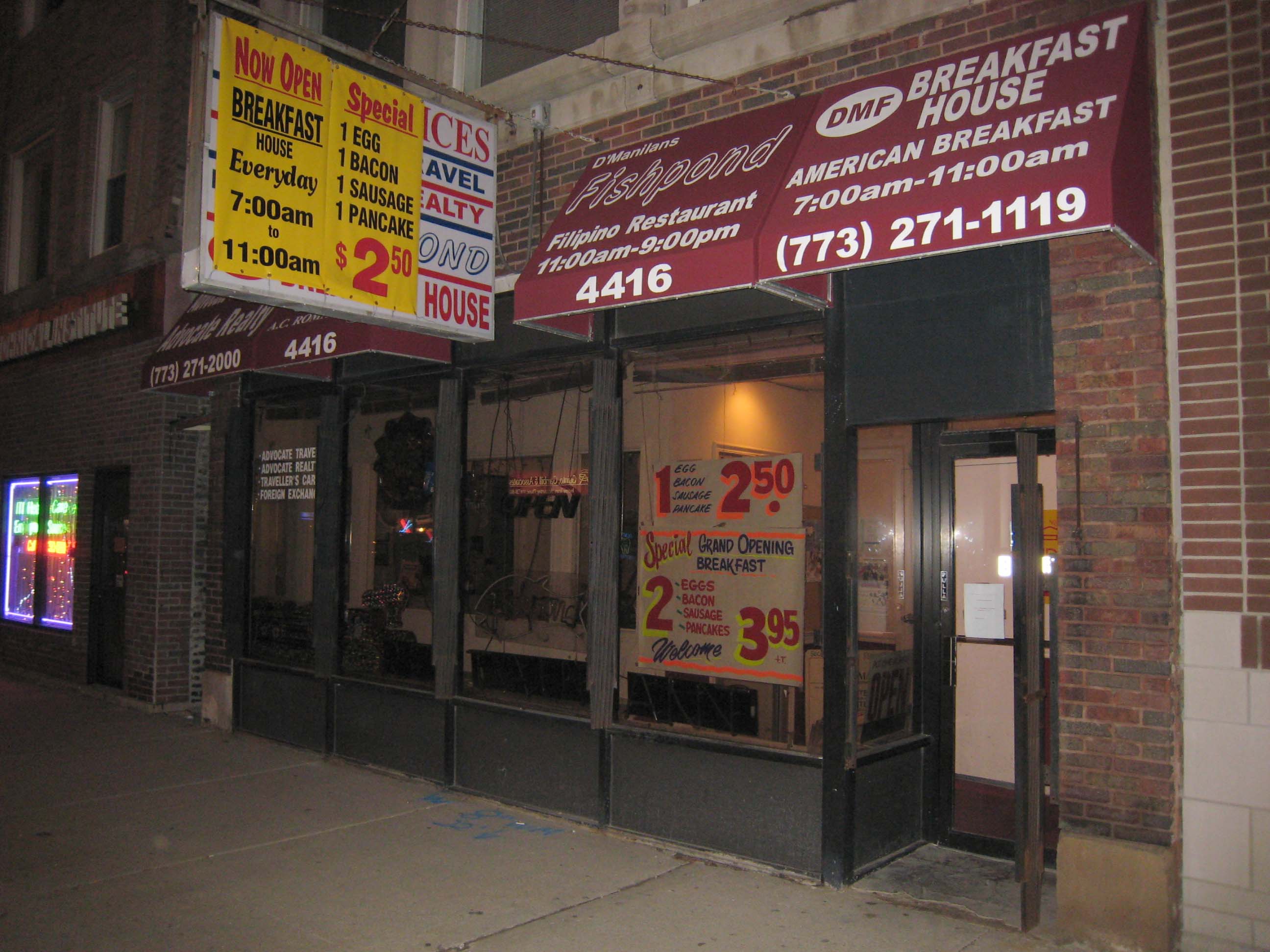 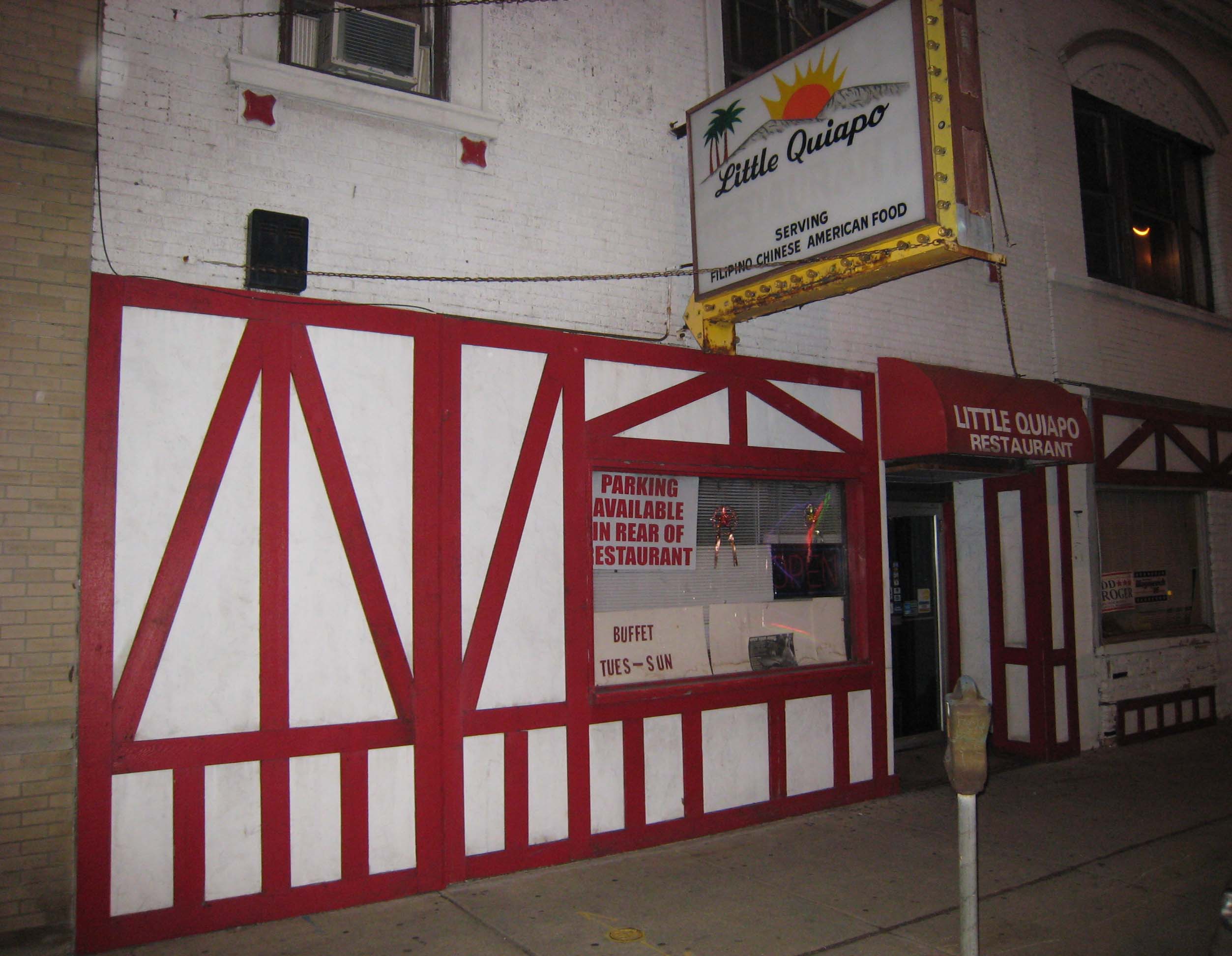 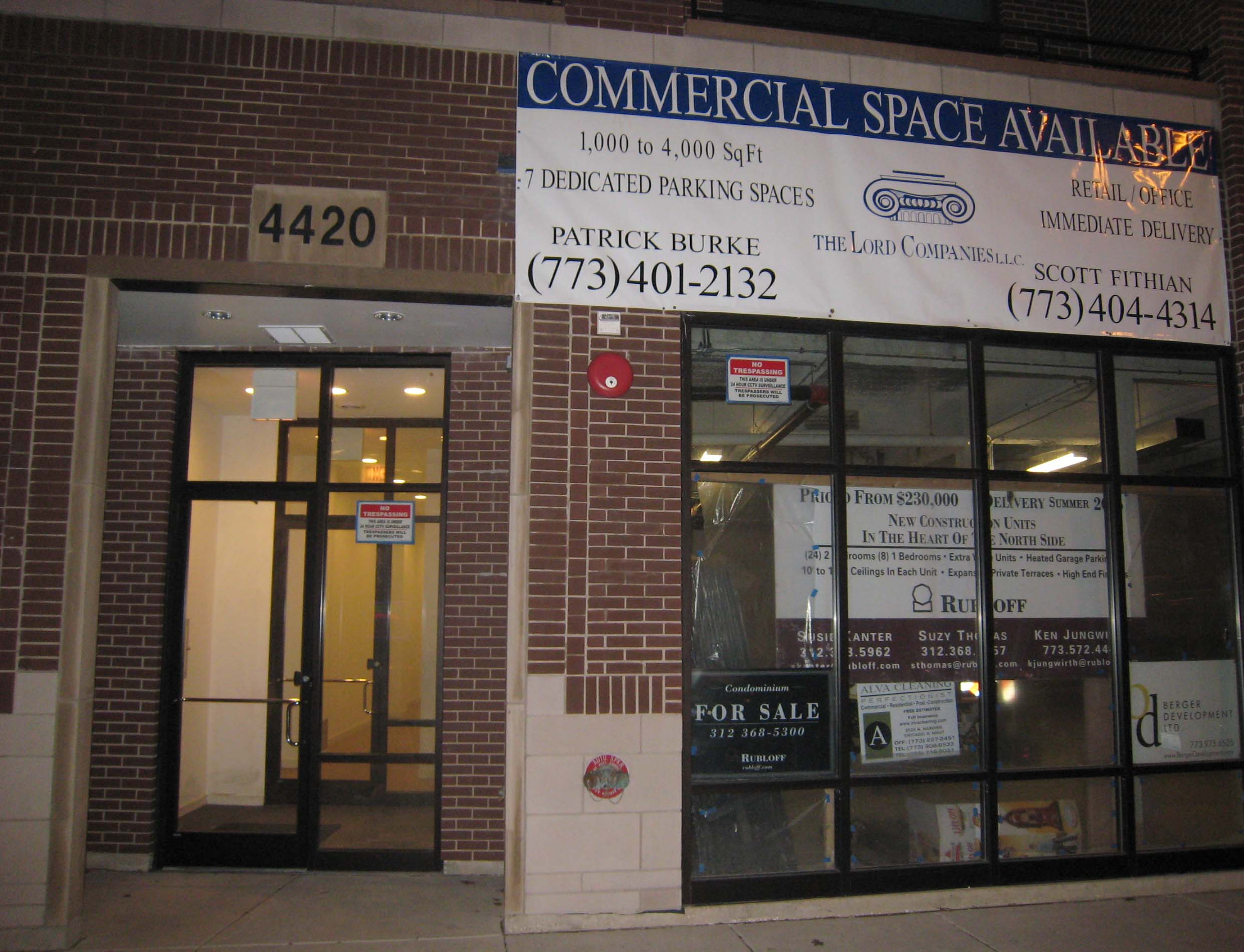 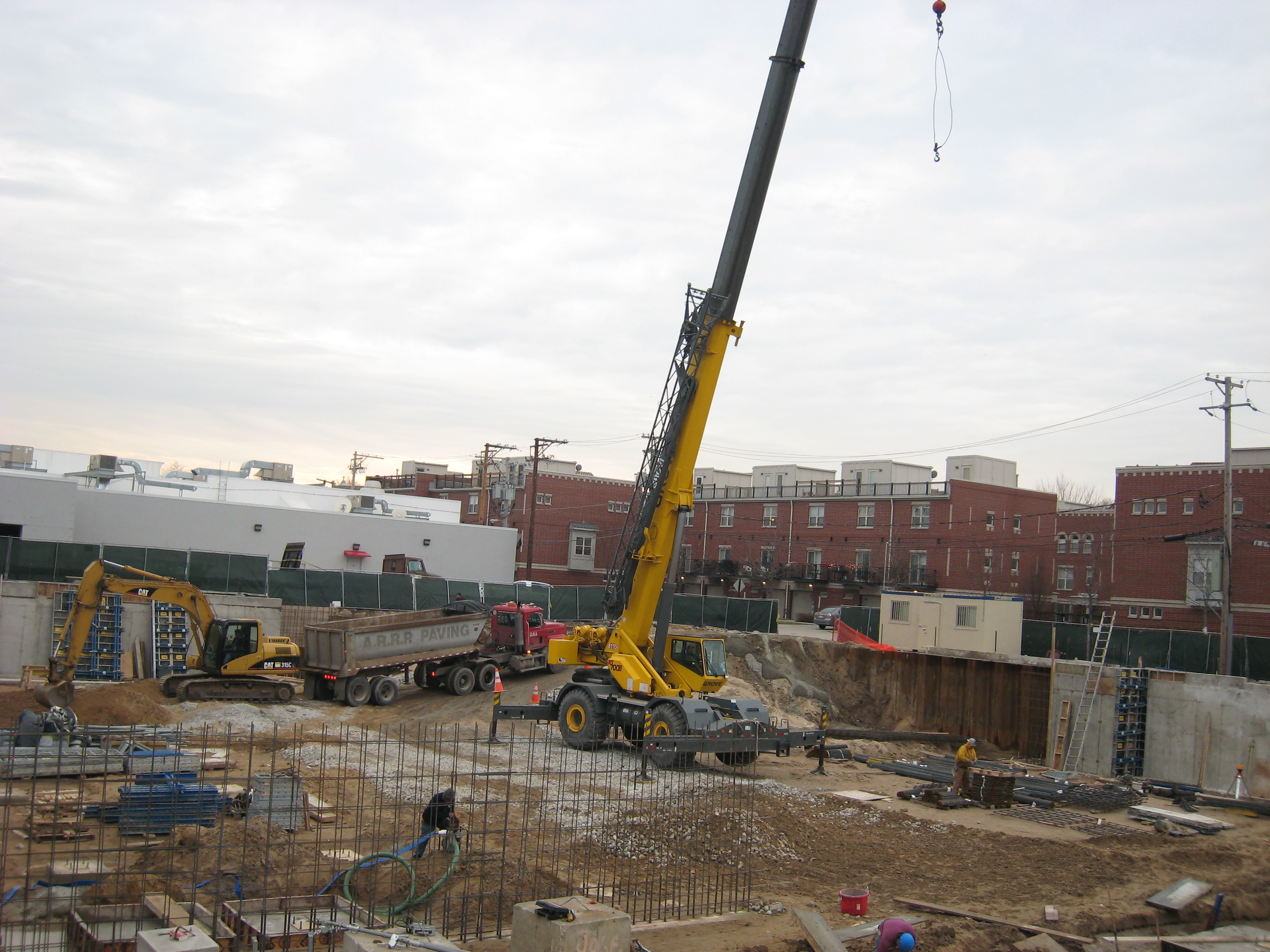 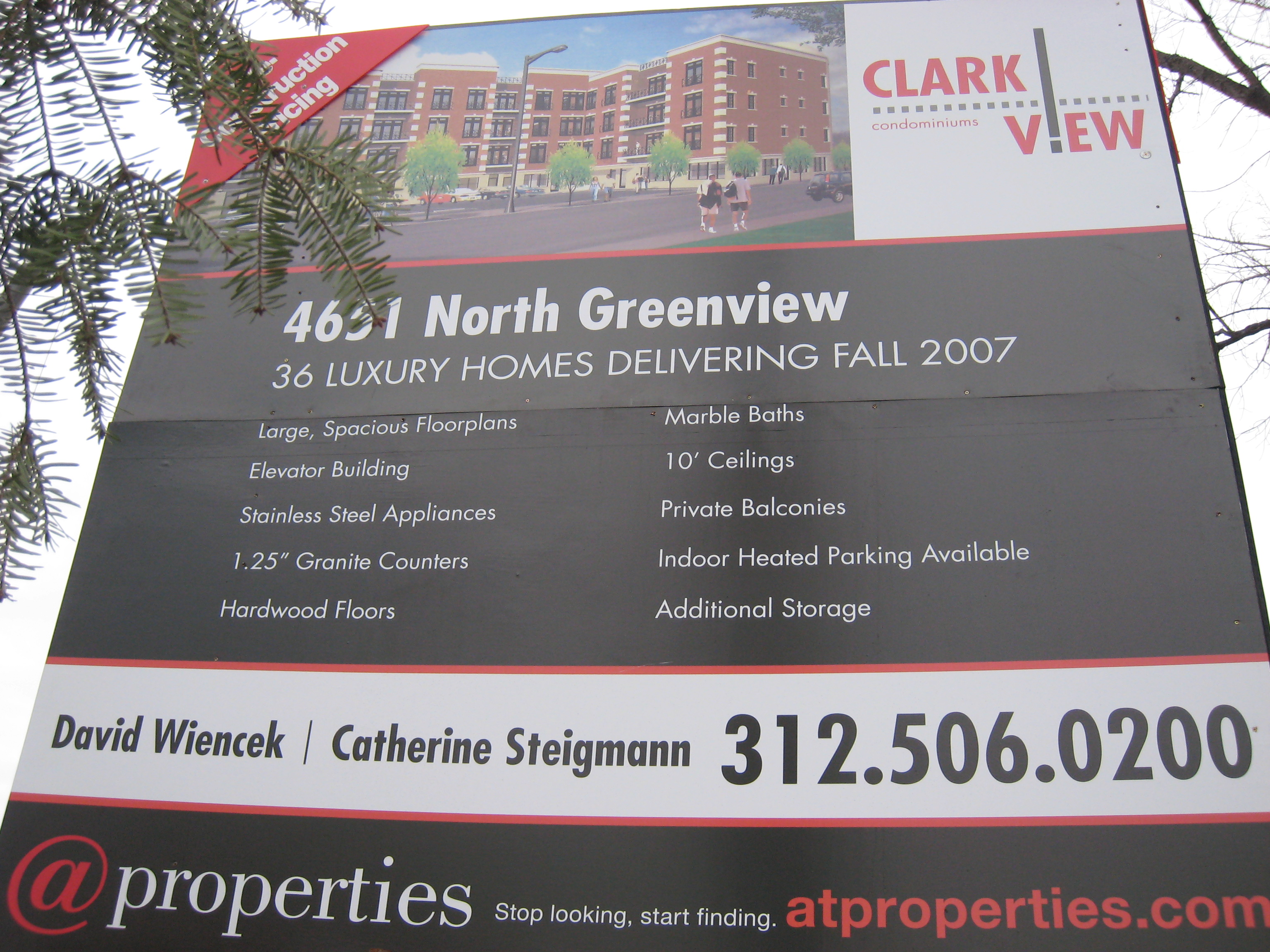