Closings at North River Court to begin in March 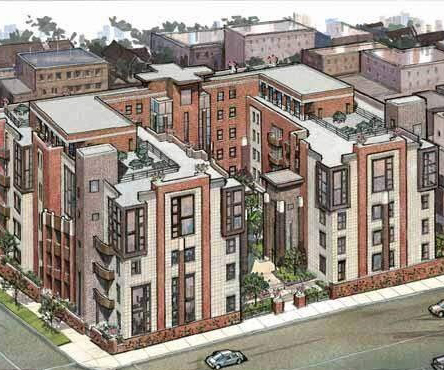 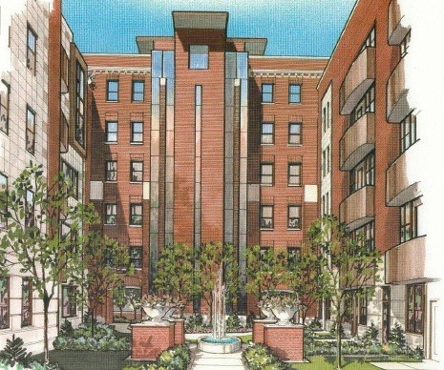 When I spoke with Coldwell Banker agent Donna Nugent about Belmont Row on Thursday, I asked about progress at North River Court, a larger development that Nugent is also marketing just down the street, at 2609 W Belmont Ave in Avondale.

Nugent says the 46-unit development has been divided into two phases, with first phase including the building located to the east, closest to the river. As I reported last month, a two-bedroom model unit is expected to open in February, and closings should begin in Phase 1 by March 1st, Nugent says.

About 30 of the 46 homes in the development are still for sale, but Nugent says she expects sales to pick up once the model opens. “Once we have a model, I wouldn’t be surprised if they raise the price, because there’s just nothing else like it,” Nugent says.

I hadn’t noticed it before, but the western bank of the Chicago River between Belmont and Addison Street is actually a park called Riverview Park, at least that’s the title of the green splotch that shows up on Google Maps. In previous eras, that neighborhood was commonly known as Riverview (and it probably still is to some), and the park takes its name from a 74-acre amusement park that was located between Belmont and Addison, and from the river to Western Avenue before it was torn down in 1967.