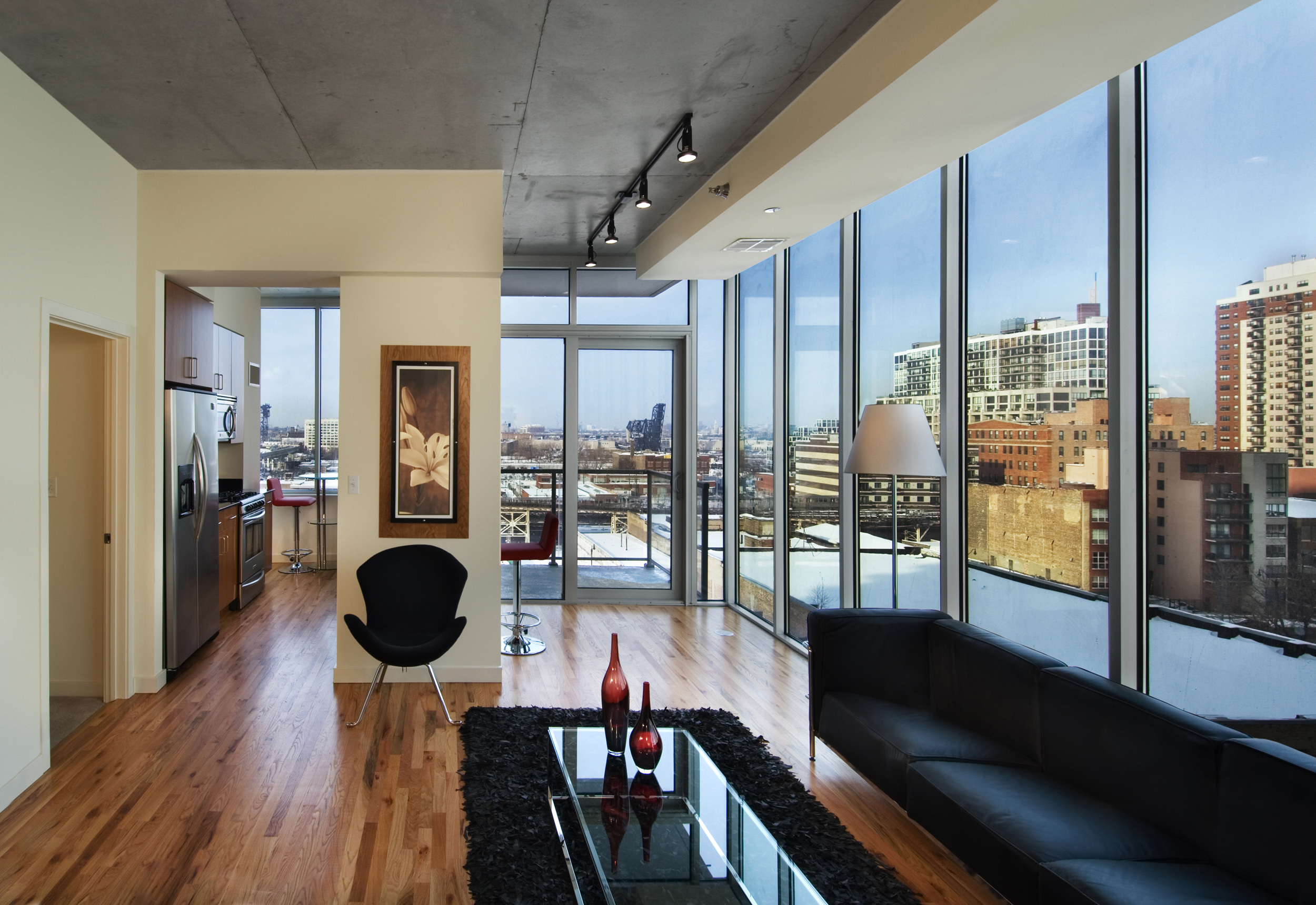 In the October issue of New Homes, Dan Schuyler takes a look at 1720 South Michigan, CMK‘s new Brininstool & Lynch-designed high-rise in the South Loop. The condos, located at 1720 S Michigan Ave, represent CMK’s commitment to balancing affordability and forward-thinking design, which may account for the building’s success in a slow market, Schuyler writes.

“The building has everything going for it,” says Hoskins, who points out that the South Loop has gone from a decaying commercial area of primarily low-rise housing to a vibrant community with new high-rises sprouting on block after block. “And that’s why we only have 35 residences remaining for sale out of the total of 498.”

Hoskins notes that CMK has used an innovative sales approach at 1720, creating a model for virtually each type of unit.

“We have had as many as 15 models available for viewing at one time,” he says. “And that lets our prospective buyers see exactly what they are buying, instead of having to look at floor plans or mockups.”

The ground floor contains the lobby and 10,000 square feet of retail space. The unusual depth of the site accommodates a seven-story parking structure behind the residences on the Wabash Avenue side of the property, allowing the condos to begin on the second floor. The overall tower is 33 stories high, which, according to Hoskins, provides great downtown views.

The residences range from 625 to 1,393 square feet. They include one bedroom/one-bath units and two-bedroom units with up to two baths. Some of the one- and two-bedrooms feature computer alcoves, and some two-bedrooms have dens. Three-bedroom/two bath homes with dining areas are also available.

Read the entire sponsored article now, or pick up a copy of the October New Homes at any of our distribution locations after Sept. 25.