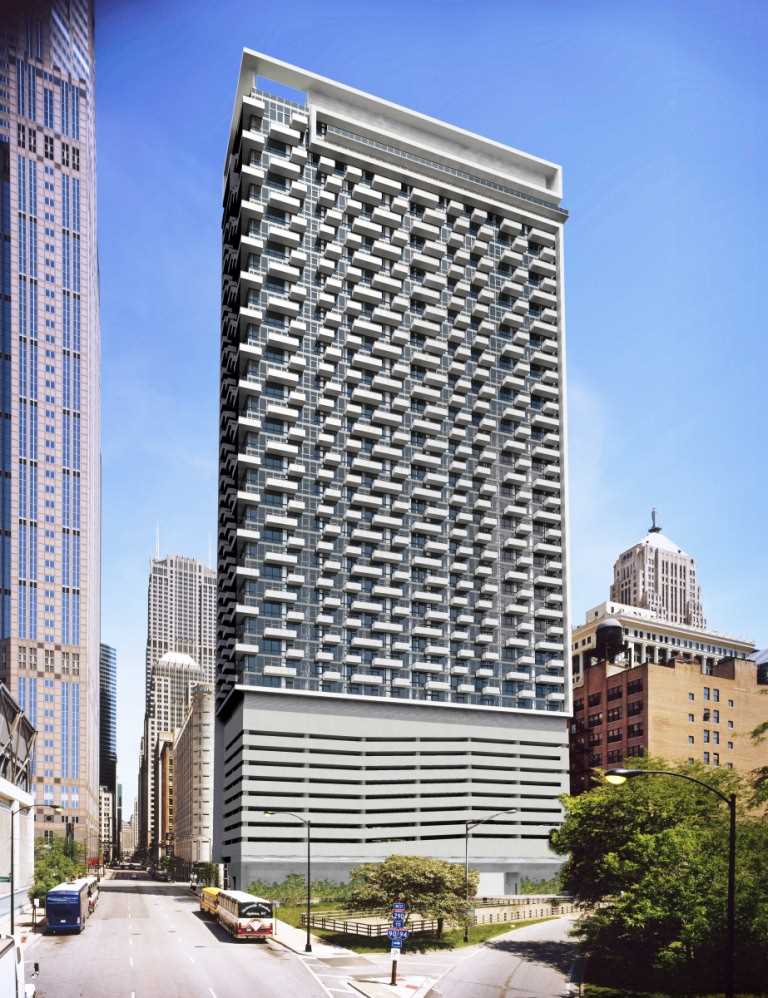 Designing a building for CMK President Colin Kihnke can be a challenging task for an architect. Known for his bent toward contemporary, cutting-edge design and his propensity for blending art and architecture, Kihnke invariably asks a lot from his supporting cast.

CMK’s newest building, 235 Van Buren, a 46-story condominium tower, is no exception. “This project was value-driven from the outset,” Kihnke says. “I want to be able to tell my buyers that they are paying less than they would down the street. So I asked the architect to create a world-class building that I can sell at an economy-class price.”

The site for 235 Van Buren demanded a structure compatible with bustling downtown, to the north, and the freeway circle interchange to the south. “To the north you have the grid of the city and hence a griddled façade on the building that borrows from the area it faces,” Johnson says. “And to the south we emphasize glass with metallic-like variegated balconies. I like to describe the south façade as a dynamic billboard overlooking the interchange.”

Both appearances play off a concrete base that unifies the structure and functions as an aesthetic sentry, separating the hub of the city from the sprawling expressways. The base houses 11 floors of parking above a ground-floor lobby and 13,000 square feet of retail space, which is accessible from Van Buren Street.

The lobby has six elevators and features décor in multiple shades of gray. “We created a fairly small, dynamic lobby,” Johnson says. “But we gave it volume with 25-foot ceilings and lots of translucent glass, including a glass wall.”

Floors 14 through 47 house 714 condos, most of which will have one or two bedrooms and one or two bathrooms. Many of the residences also contain computer alcoves. The two top floors are devoted entirely to penthouses.

“In a way, the interiors are the most interesting part of this project,” Johnson says, noting that the combination of the building’s footprint and design resulted in unusually deep units.

Since depth is often the enemy of light, Johnson says, he used several soft-loft techniques to embellish the natural-light sources, including partial walls, which allow light from the 10-foot, floor-to-ceiling windows to filter into the backs of the units.

Sales have been brisk. Before the project’s grand opening in early September, and without any advertising, CMK sold more than 370 units.

Deliveries are slated for the spring of 2009.