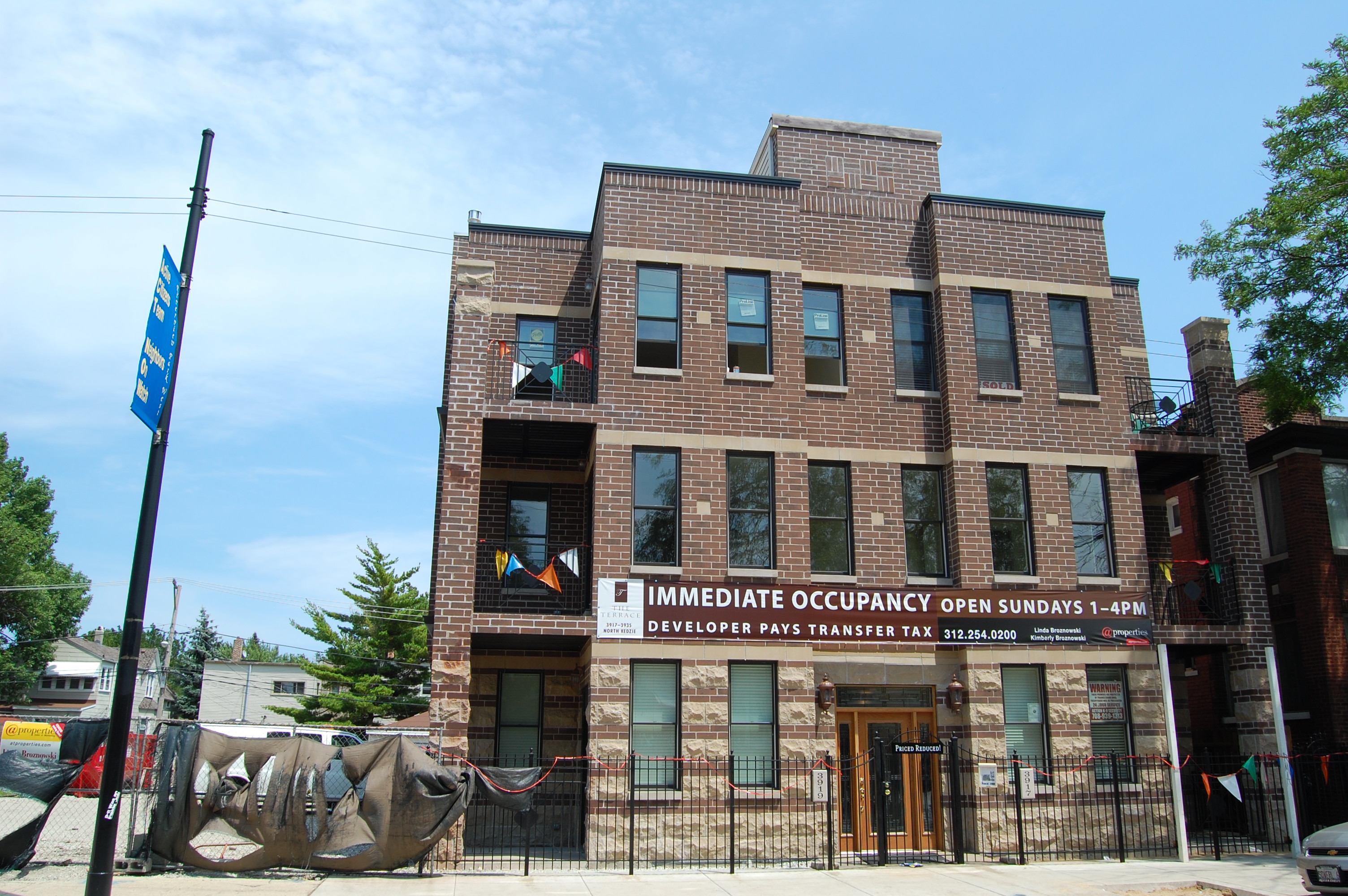 Five years ago we reported that a development called The Terrace was offering 24 3-bedroom, 2 ½ bath condos in four 6-flats at 3917 – 3935 N Kedzie Ave in Irving Park. One building was said to be complete, and the others “in various stages of construction.”

Six weeks later we wrote that “approximately 1,800 square foot” units in the development were available for immediate occupancy at prices starting in the $390s.

A number of other units in the building are lender-owned.

And the other three buildings that were said to be in “various stages of construction?” A recent Google Earth image shows only vacant lots – with a strange image of a light plane superimposed. 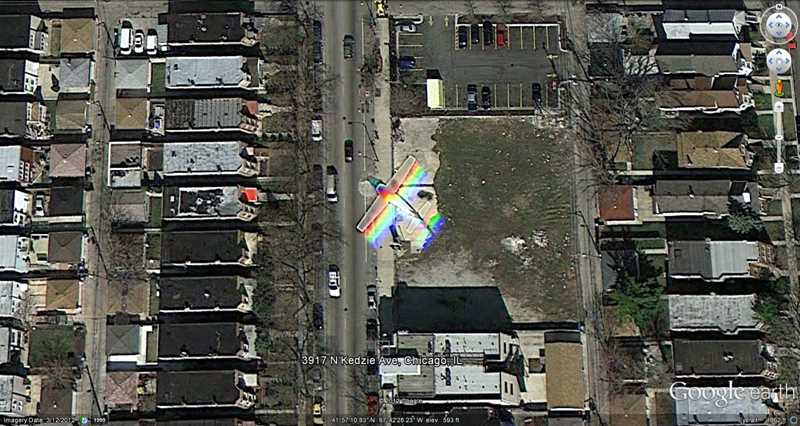