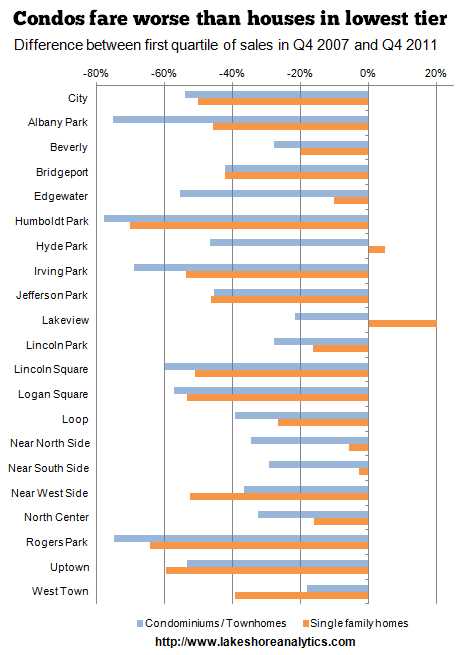 In my most recent post, I wrote about how condominiums, all else equal, can fall in value farther than houses due to underwriting standards issued by Fannie Mae, Freddie Mac, and the FHA. I gave a hypothetical example of how just two foreclosures in a 12-unit building could keep anyone from getting a traditional mortgage. So any sales in that building would be to cash buyers, who generally pay in five figures.

This could be because of the hitches in condominium underwriting I described, but it could also be because condominiums were more likely to be bought and flipped, or bought by those willing to stretch their incomes. Either way, the bottom of the condominium market has fallen harder than that of detached houses.