Construction almost finished on 757 Orleans @ Chicago, but sales have a long way to go 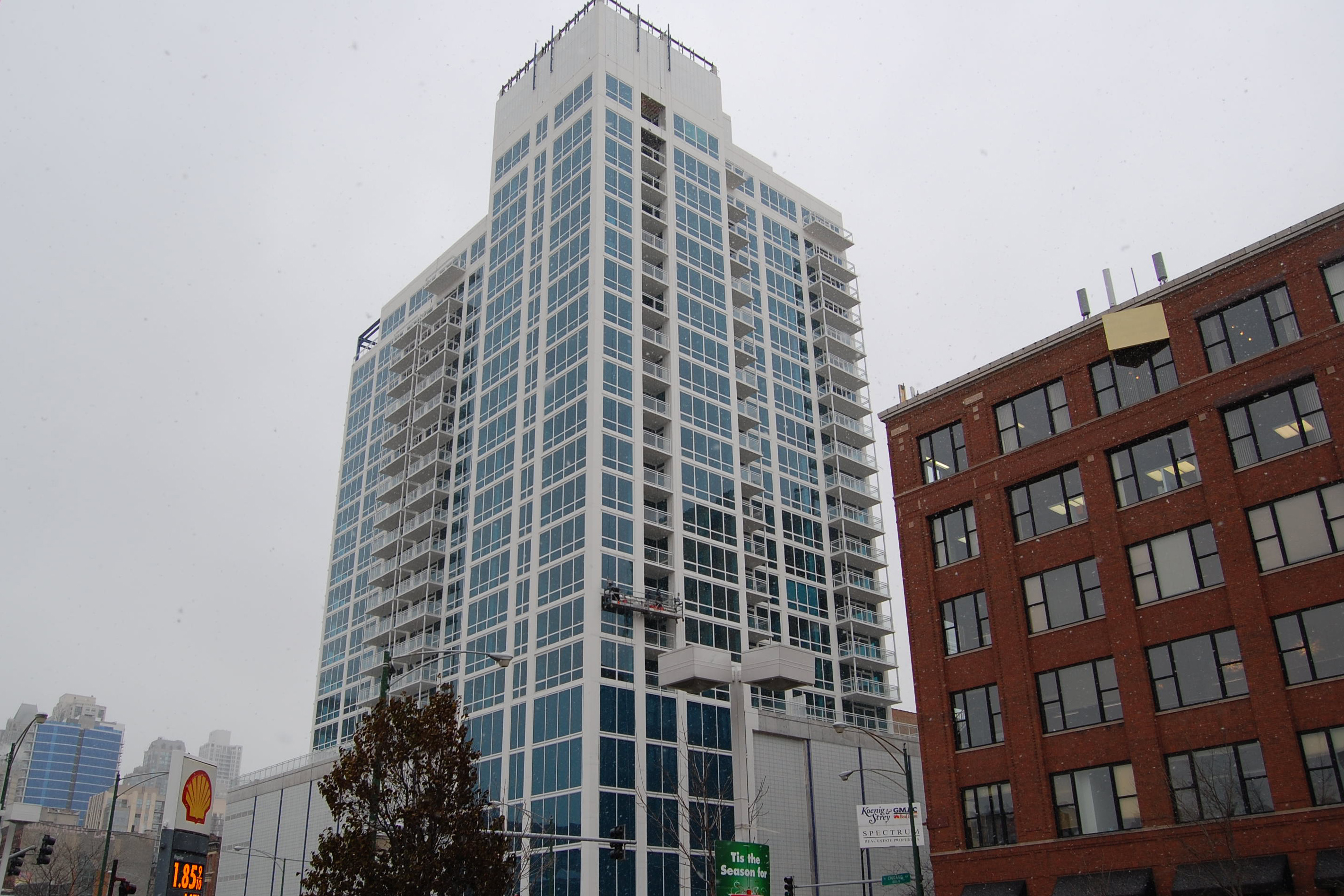 About a month ago, buyers started moving into 757 Orleans @ Chicago, The Gammonley Group‘s 22-story high-rise at 757 N Orleans St in River North, but the sales center and model unit are still located in a trailer at the corner of Orleans and Superior Street. According to sales consultant Dana Burke, two models will open in the building next month, and construction should be completely finished by the end of January.

According to Burke, The Gammonley Group is having closings every day, and buyers are moving into floors one through 15. However, Burke says the building is hovering around 55 percent sold — the same figure Burke quoted to Joe last February. Despite the glut of unsold homes in the 198-unit building, the developer isn’t adjusting the pricing, and no new buyer incentives are being offered, Burke says.

When I was walking to the Brown Line station next to the development yesterday, I noticed a “Walgreens coming soon” sign on the window for one of 757’s Chicago Avenue retail spaces, and a Bank of America indoor ATM station has opened on the corner of Orleans and Chicago. Burke says there is another ground-floor commercial space, but a tenant hasn’t yet been named.