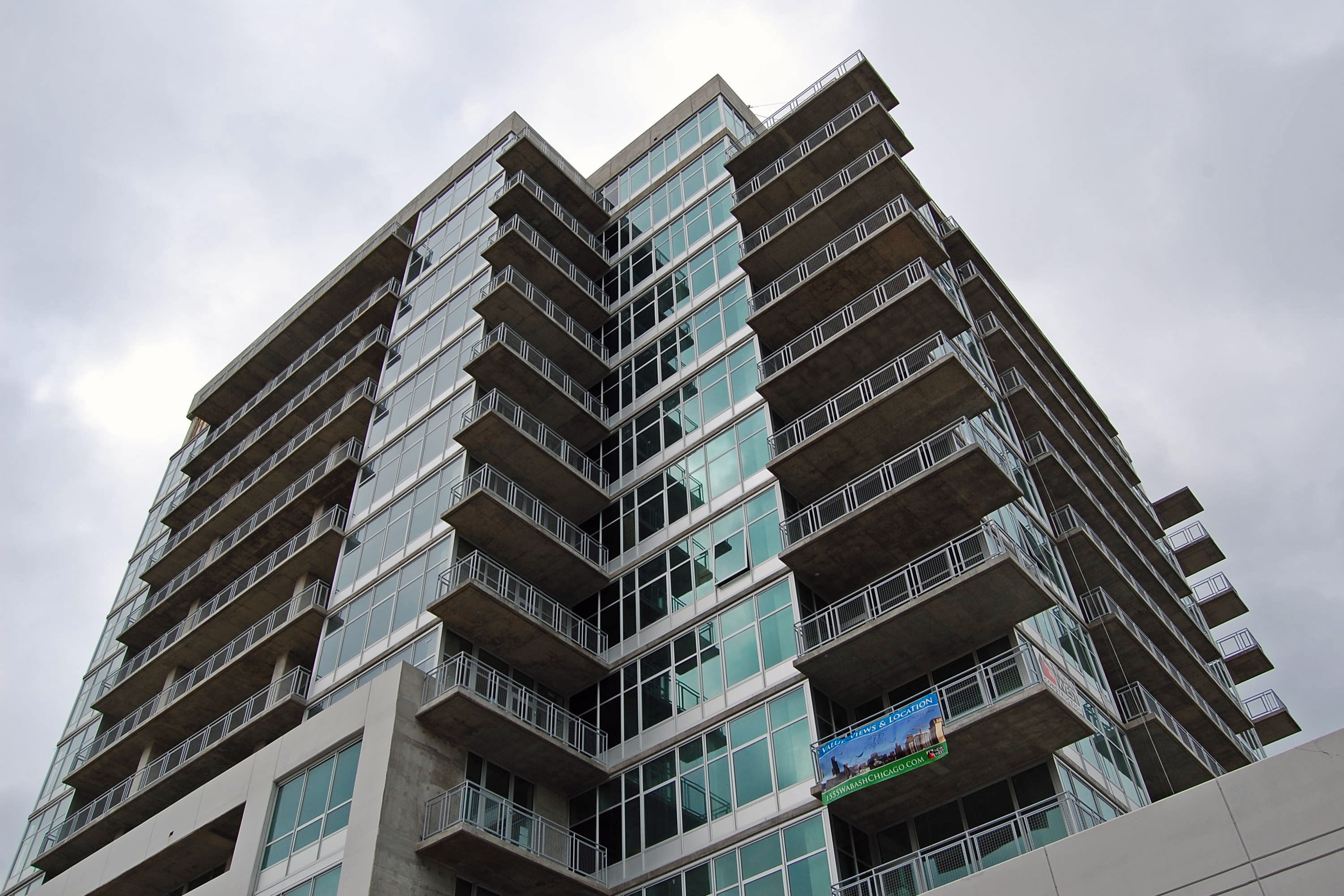 “What’s with the rust-colored railings?” That was reader cgcg’s question following our last set of snapshots of 1555 Wabash, New West Realty‘s 176-unit high-rise at 1555 S Wabash Ave in the South Loop. We wondered the same thing, but since I couldn’t get in touch with anyone from New West in the days following the post, I decided instead to check back in a few weeks to see if the rails had changed.

They have. Most are now covered in silver paint, although a few on the northeast corner are still bare. A white coat of paint was already covering the concrete on the tower’s southern face in early February, but as you can see below, it still hasn’t made its way around to the western, Wabash-facing side of the building. 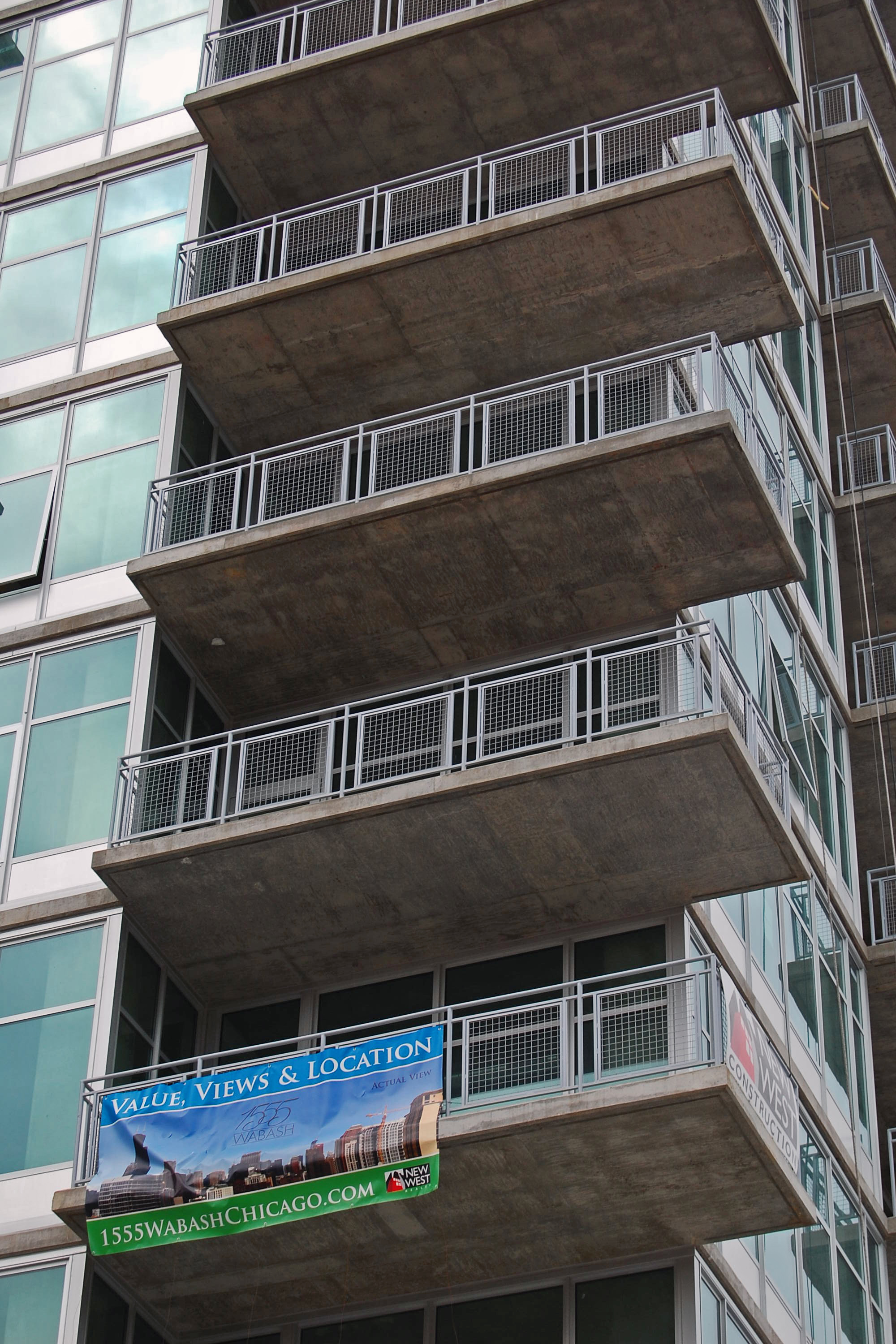 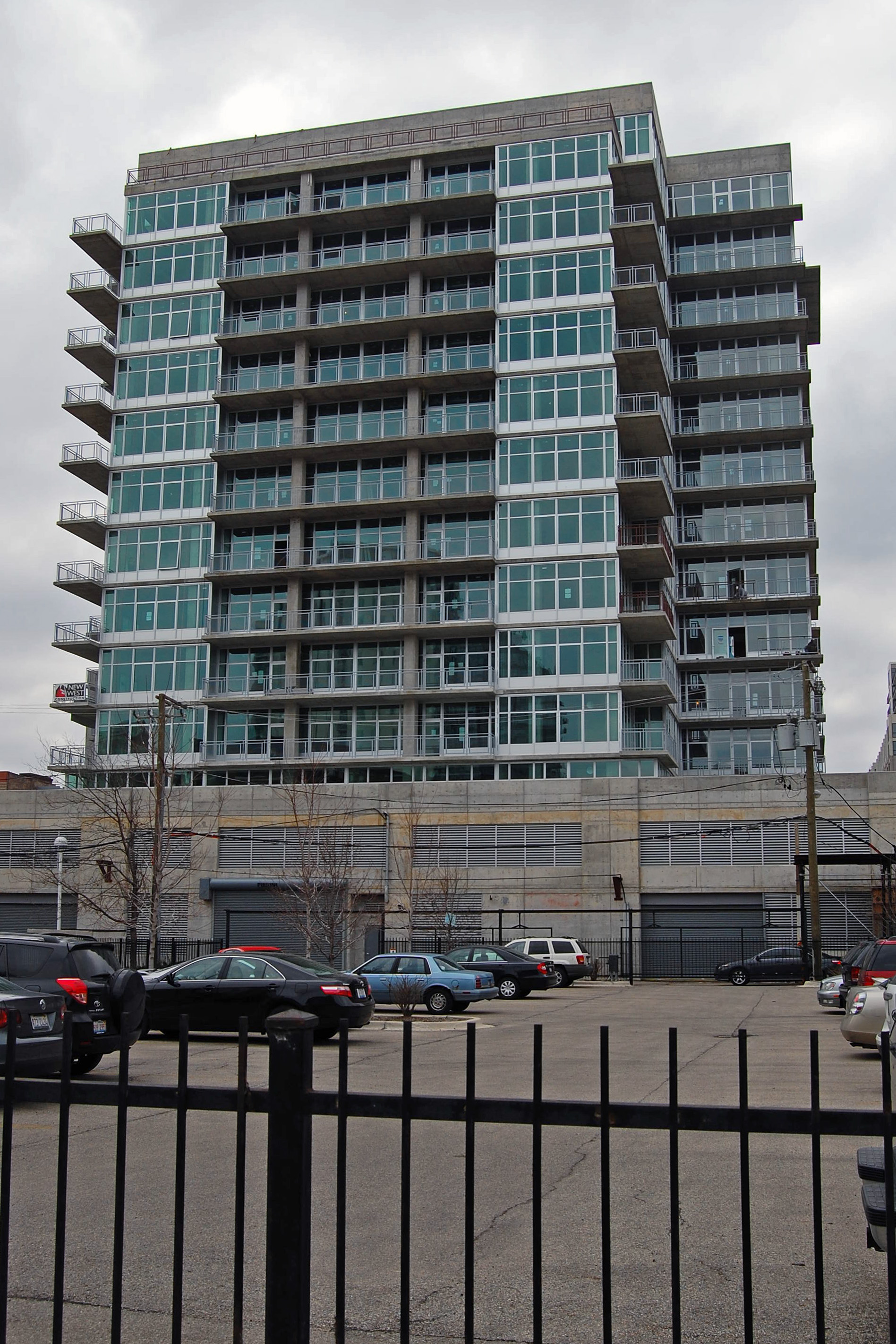 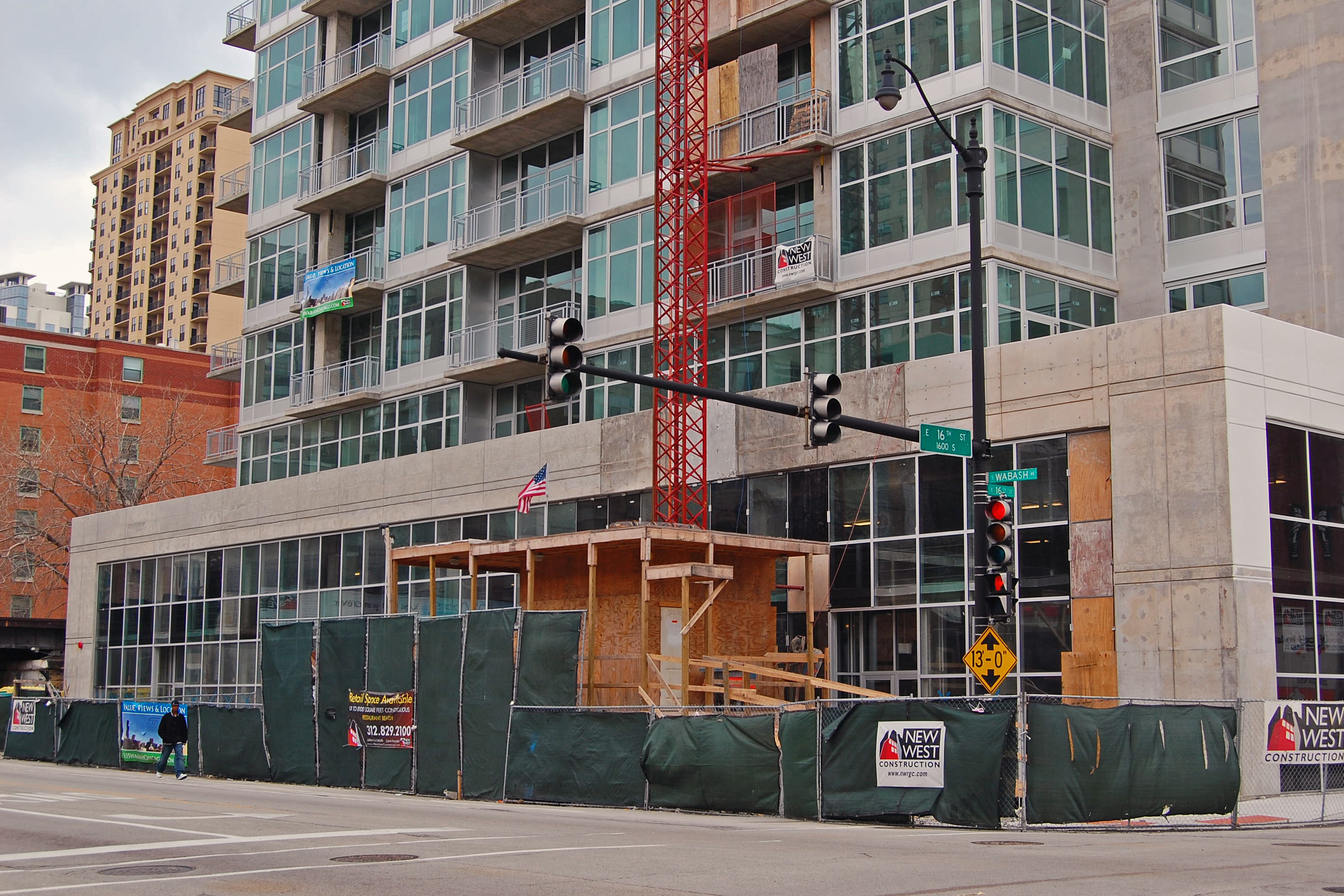