This was the scene at CMK Companies‘ 235 Van Buren when I drove by last Wednesday, when it was still Autumn in Chicago. The Perkins + Will-designed high-rise is starting to take shape, and you can start to see the first few of what will be hundreds of small cantilevered balconies dotting the exterior of the building.

Last year, we had reported that deliveries would begin in this 47-story high-rise in the beginning of 2009. Calls to the developer haven’t yet been returned, but considering that less than 15 residential stories have been built, I’d expect that timetable to be pushed back a bit.

According to the development Web site, price points have tightened a bit, at least on the low end, from our most recent data about the building. While we’ve been listing 235 Van Buren’s prices from the $190s to the $550s, the site says one-bedrooms are now priced from the $210s, and two-bedrooms start in the $260s. The 18 homes currently listed on the MLS have an even tighter range, as they are priced from the $240s to the $540s. 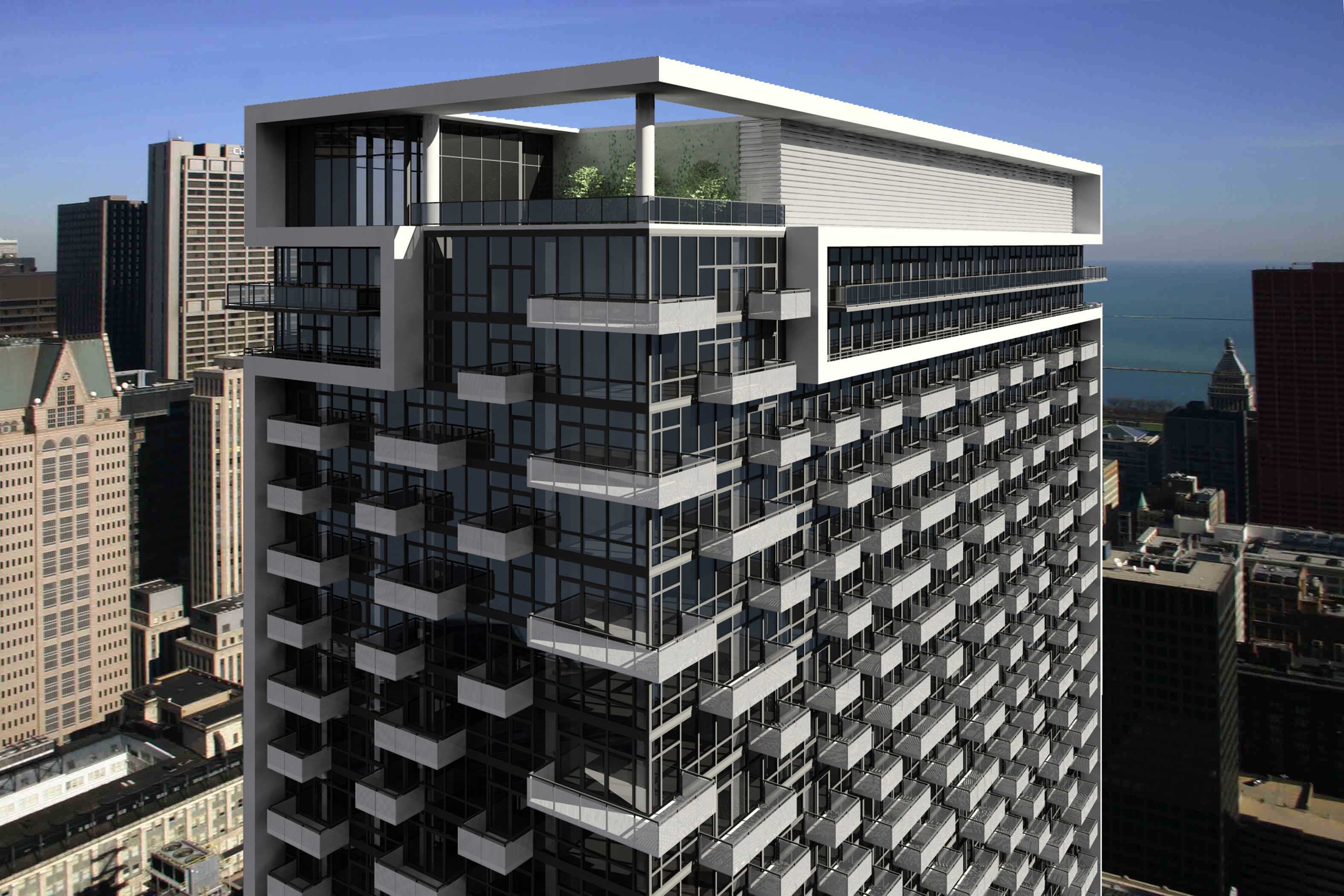