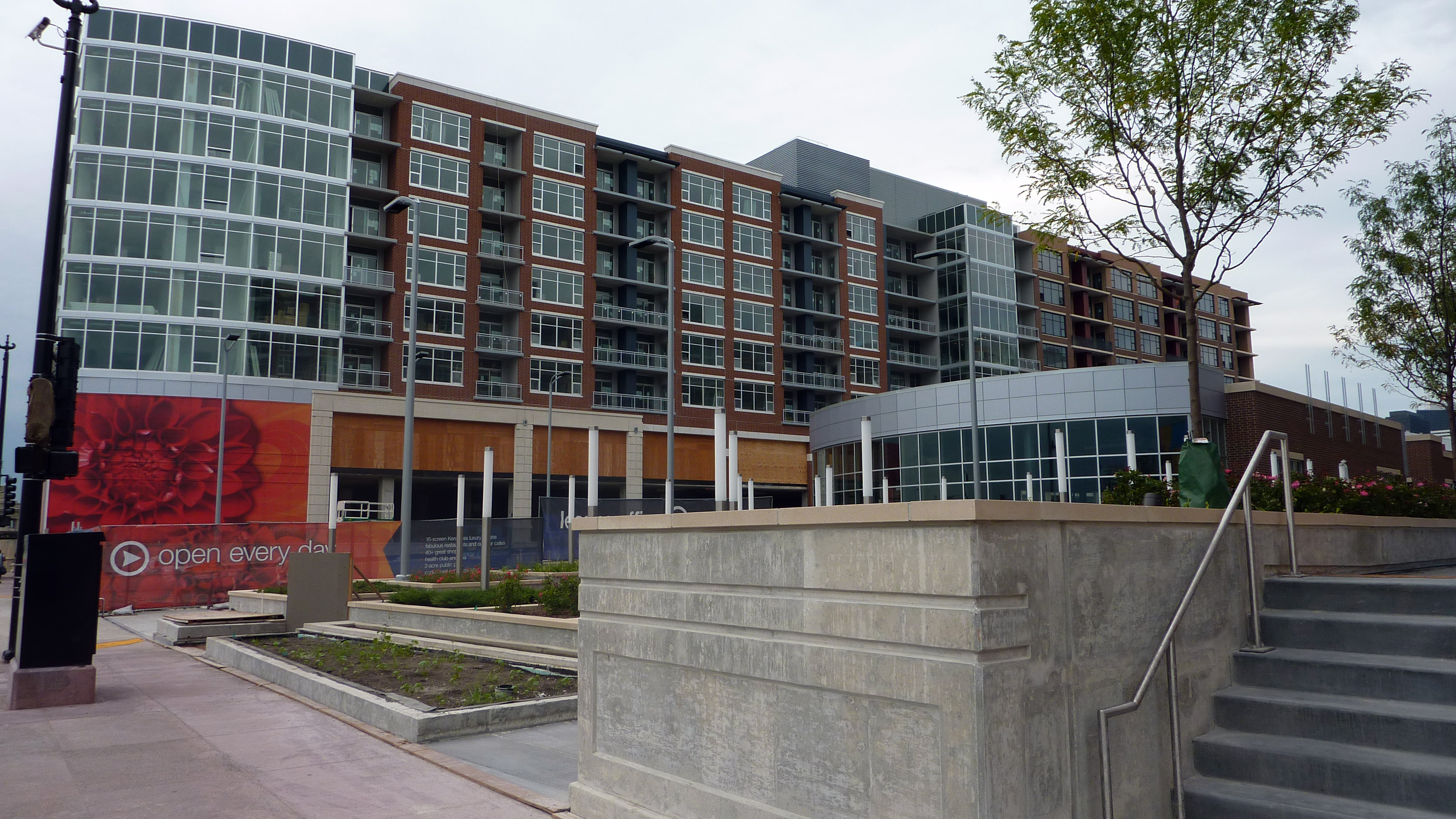 After learning that people were actually living in one of Centrum Properties‘ Roosevelt Collection mid-rises, Erik and I knew we needed to get inside and take a look around. We’ve watched the development’s construction primarily from the Roosevelt Road sidewalk, but the fences and barricades are gone now, and about a third of Roosevelt Collection’s oval-shaped drive is open to vehicles and pedestrians.

As you can see in the pictures above and below, many of the ground-level retail spaces in the eastern mid-rise, located at 150 W Roosevelt Rd, have are covered with colorful, billboard-sized posters. The Habitat Companies, Roosevelt Collection’s property manager, said in a recent press release that most of the development’s retail tenants will not open until fall of 2010. At least one business will be open for business by the end of this year, however — a new Kerasotes ShowPlace theater will start showing movies around Thanksgiving.

Check back later this week for video and more photos from outside and inside Roosevelt Collection. 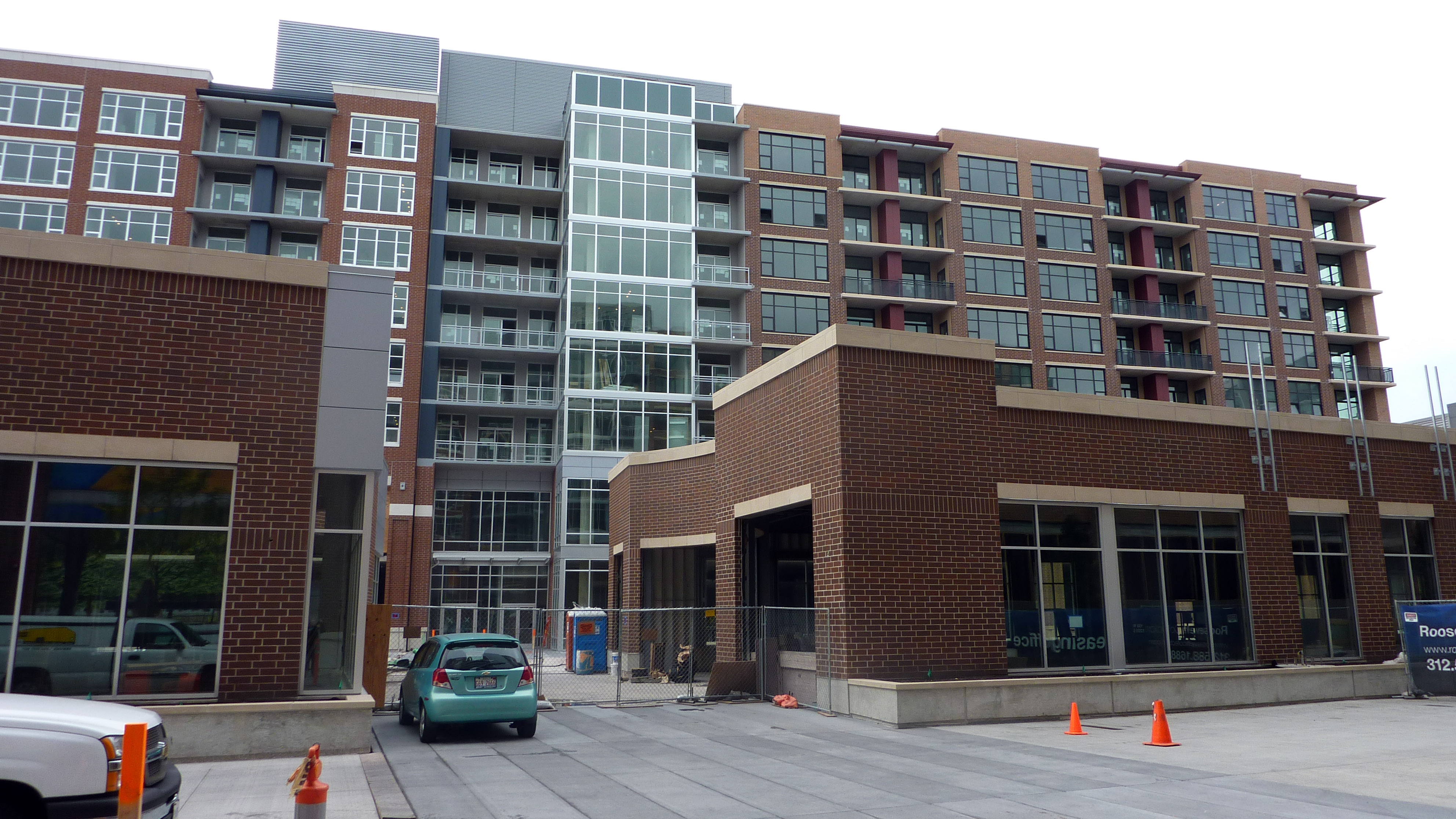