Construction checkup: Walton on the Park 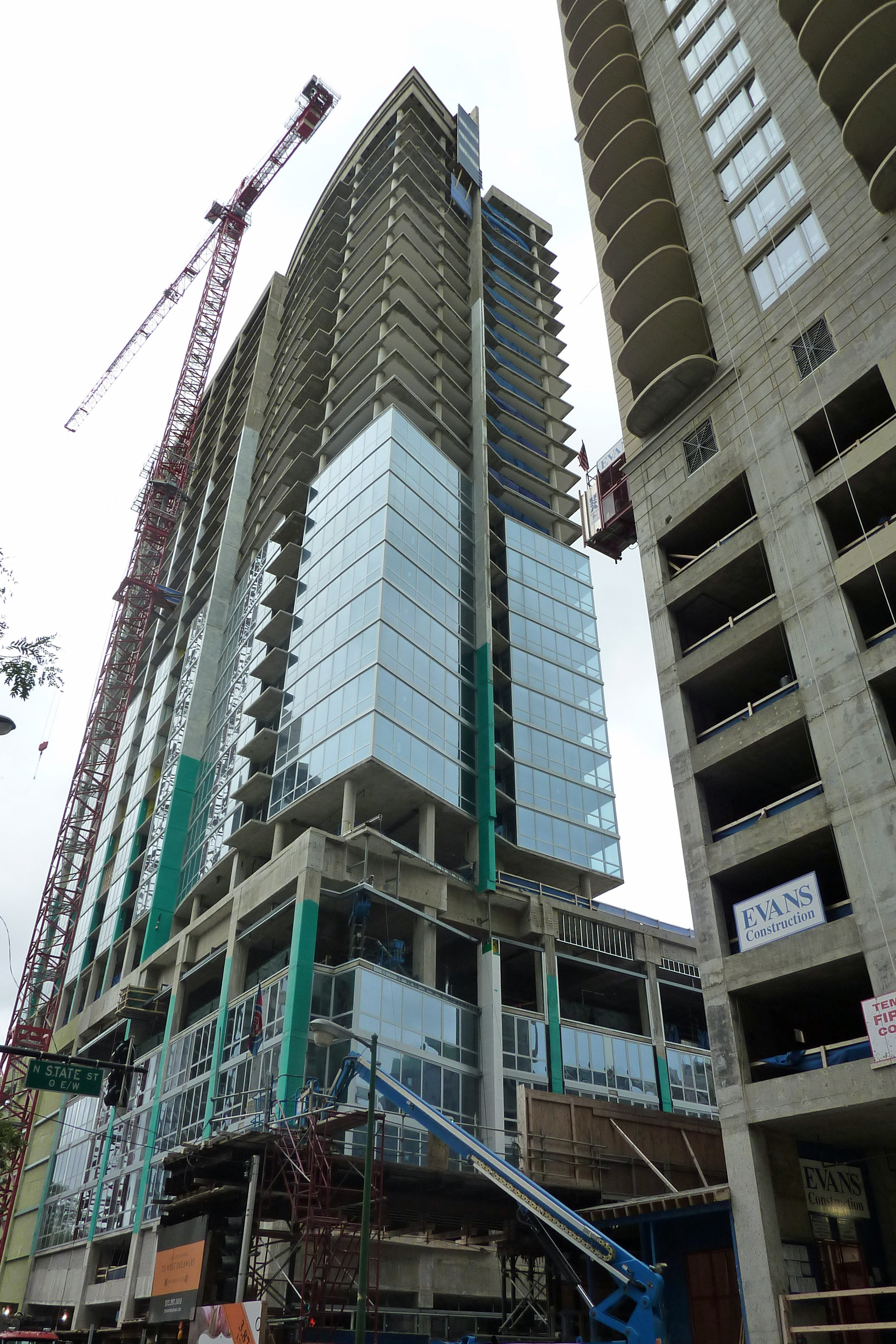 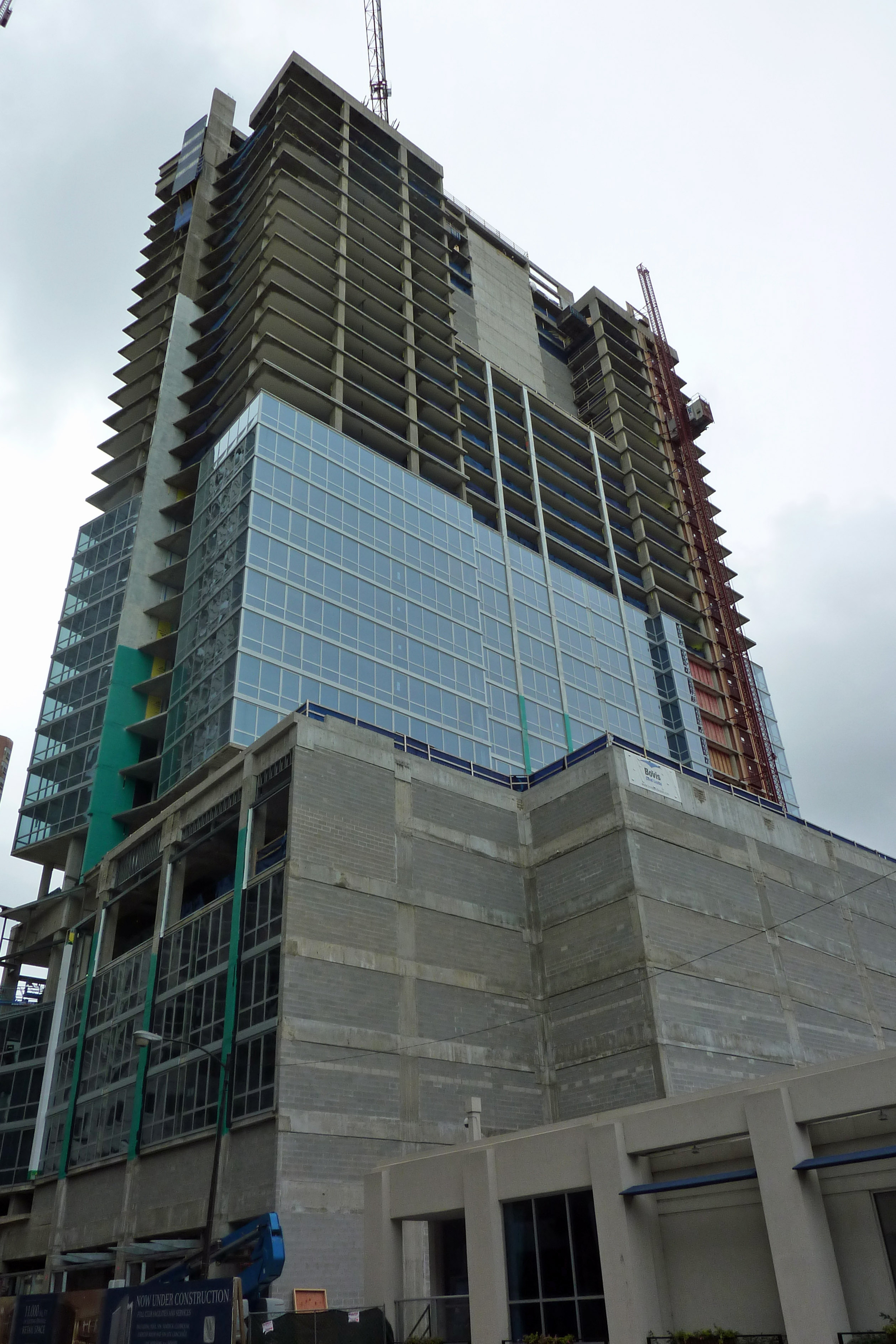 Up and up and up Walton on the Park goes…where it stops, somebody knows! I’ll hazard a guess and say it has another three stories left in it, based on the new photos above and the original Pappageorge / Haymes rendering below.

Coldwell Banker, the project’s exclusive broker, currently lists 106 homes for sale in the tower, located at 2 W Delaware Pl. Do the math, and you’ll find that the 198-unit project is, at most, 46 percent under contract. (This isn’t counting the proposed north tower, whose future is currently in question.)

The homes available include: 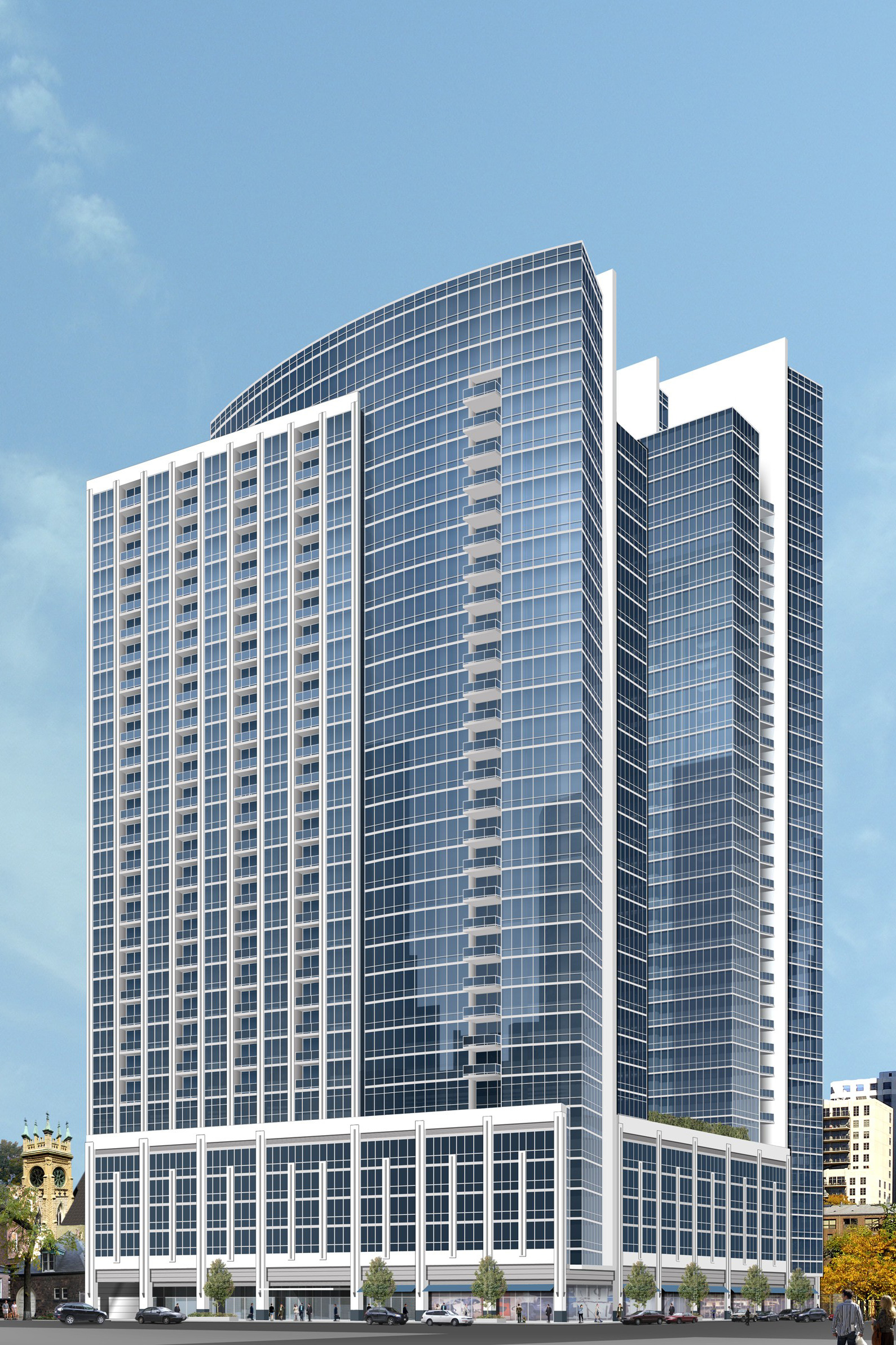