Construction finishing up on CA23 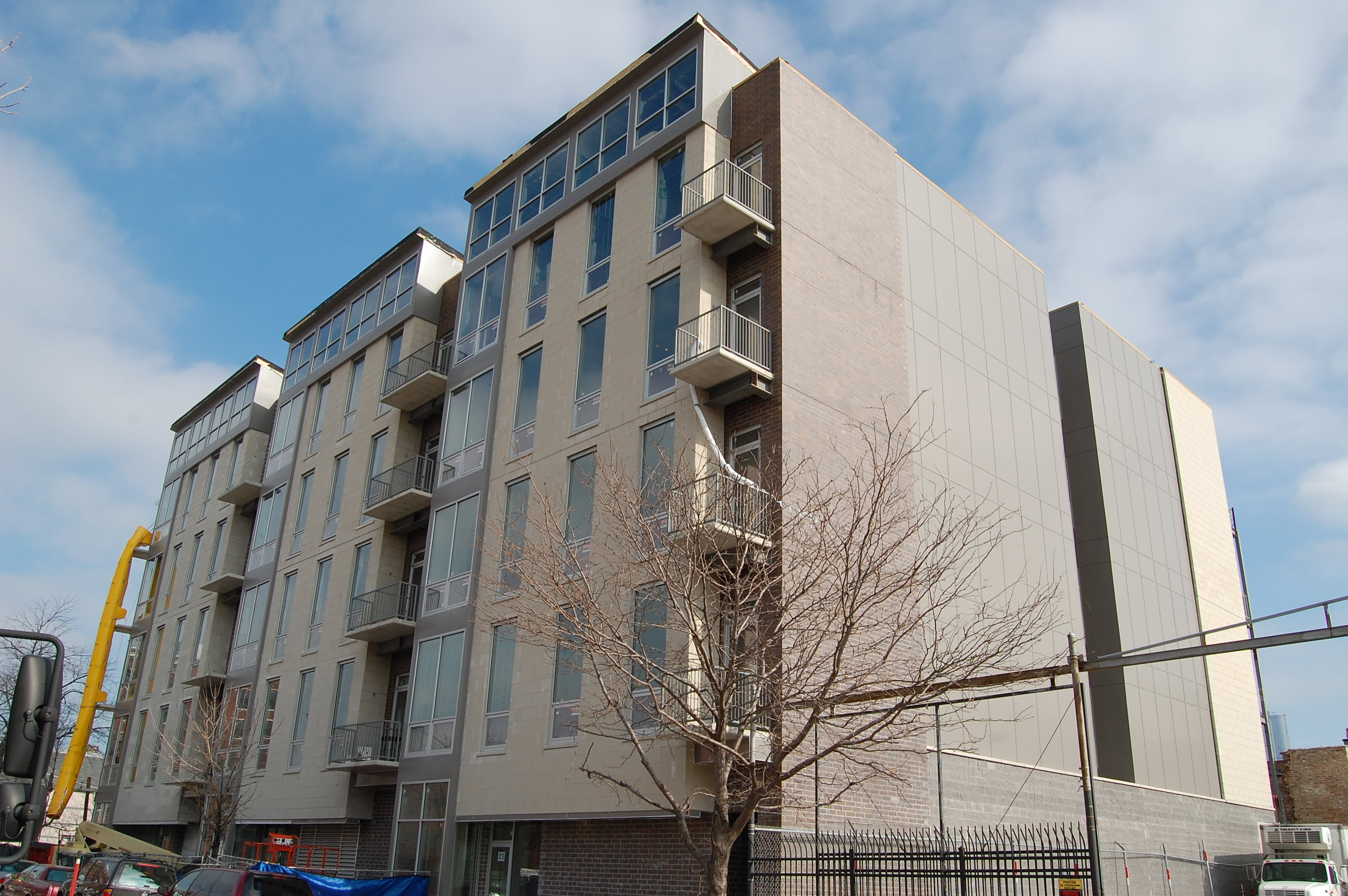 It still looks a little rough around the edges, but construction is close to wrapping up on the first phase of CA23, The Brixton Group‘s 48-unit development at 23 N Aberdeen St. I wasn’t able to get a photo of the building’s exterior during Wednesday’s grand opening party, so I returned to the West Loop this morning to see the building in daylight.

At the rear, which can be seen from Carpenter Street, there are more signs of ongoing construction work on the balconies. When I interviewed developer Geoff Ruttenberg at the party on Wednesday, he told me that CA23 is about 50 percent sold, and buyers will be able to start moving into the building in two or three weeks. 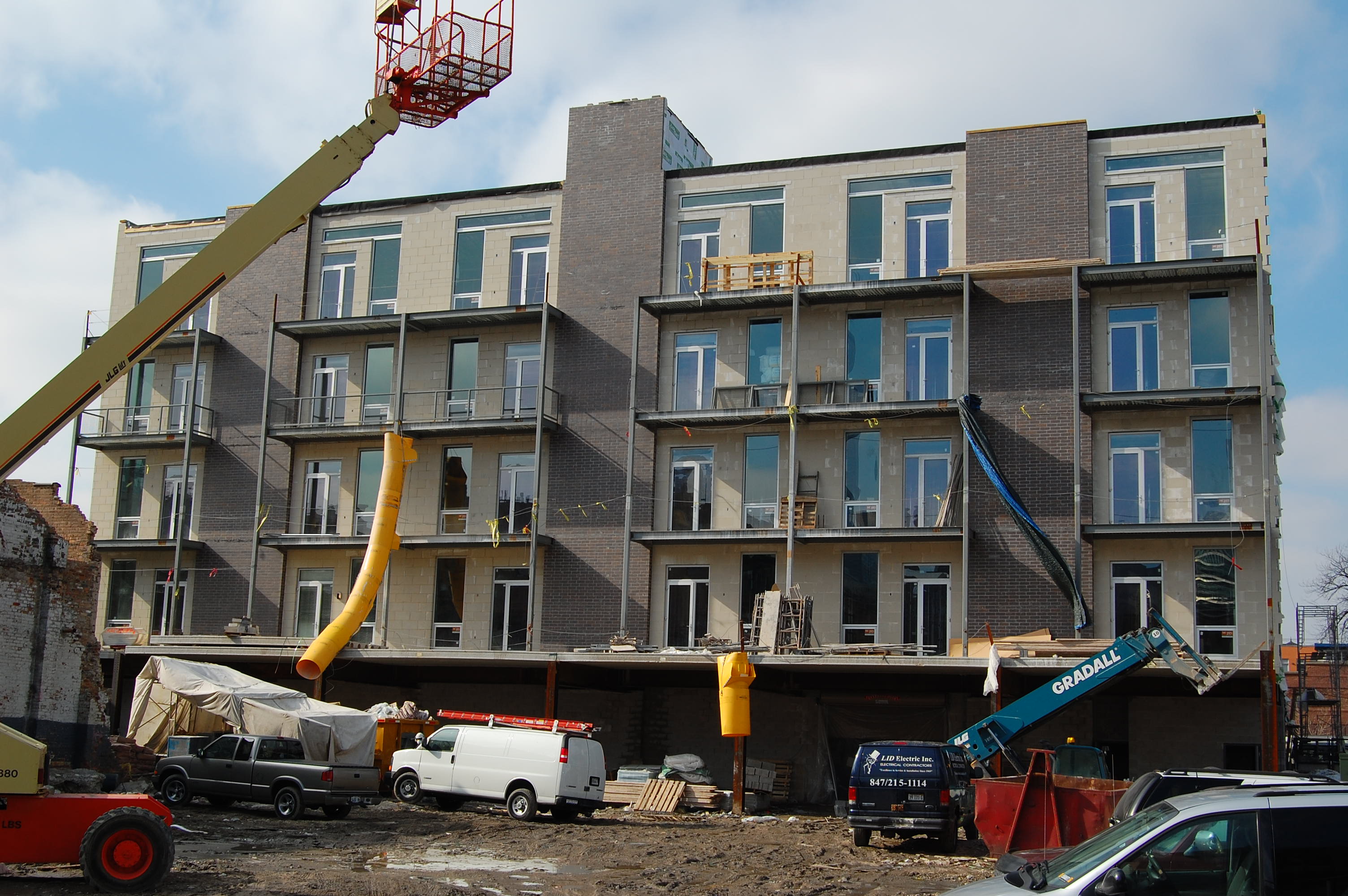