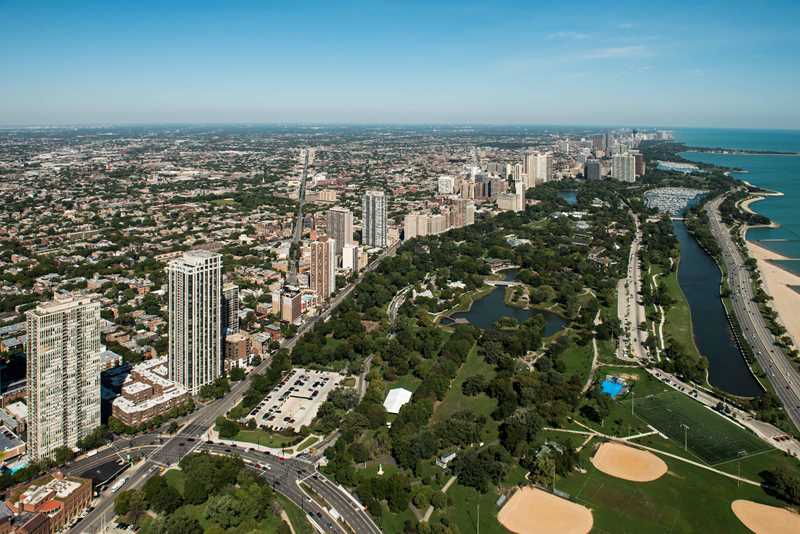 Indeed, just a few miles from the heart of the Loop lies a neighborhood that, despite a rich history, beautiful architecture and quick access to the second-largest business district in America, has lost 40 percent of its population since the middle of the last century. An area that once held 102,000 people is now home to barely 64,000.

That area is called Lincoln Park.
…
The fact that Chicago’s affluent North Side communities have lost so many people and aren’t gaining them back is a huge problem for many local businesses, current residents of moderate means and anyone who would like to move there but can’t afford to.

Anyone who’s familiar with the history of Lincoln Park knows that large parts of the neighborhood had fallen into slum conditions by the 1950s and 1960s. Many of its properties were overcrowded, in part due to illegal conversions, in part due to an almost complete lack of new construction from the beginning of the depression-era to the years immediately after World War II.

The City used urban renewal funds to clear some of the worst areas, including what is now Oz Park and the large townhome developments north of North Ave.

Lincoln Park’s population rose to 64,323 by the time of the 2000 census, a period when the Crain’s article would lead you to believe it was in decline. It fell, as the Crain’s article notes, between 2000 and 2010 – but only by 206 people, a drop of three-tenths of one percent. That’s a small enough decline, perhaps, to represent variances in the census-taking process.

The Crain’s article accurately reports demographic trends toward smaller household sizes and replacement of multi-unit buildings with single-family homes. From 1980 to 2010, while those trends were at their peak, Lincoln Park’s population grew by 12.1%.

Lincoln Park has retained much of its studio and 1-bedroom housing stock over the years, and moderate-income people haven’t been priced out of the neighborhood. And almost all of the high-rises that you see fronting the park in the above photo were built to attract a moderate-income population.

Added: It just occurred to me that the CHA’s deliberate depopulation of the Lathrop Homes (pdf), part of which is in Lincoln Park, accounts for more than the 206-person population decline in the neighborhood between 2000 and 2010.

Apart from Lathrop Homes, the rest of Lincoln Park gained population according to census data, continuing a decades-long trend.