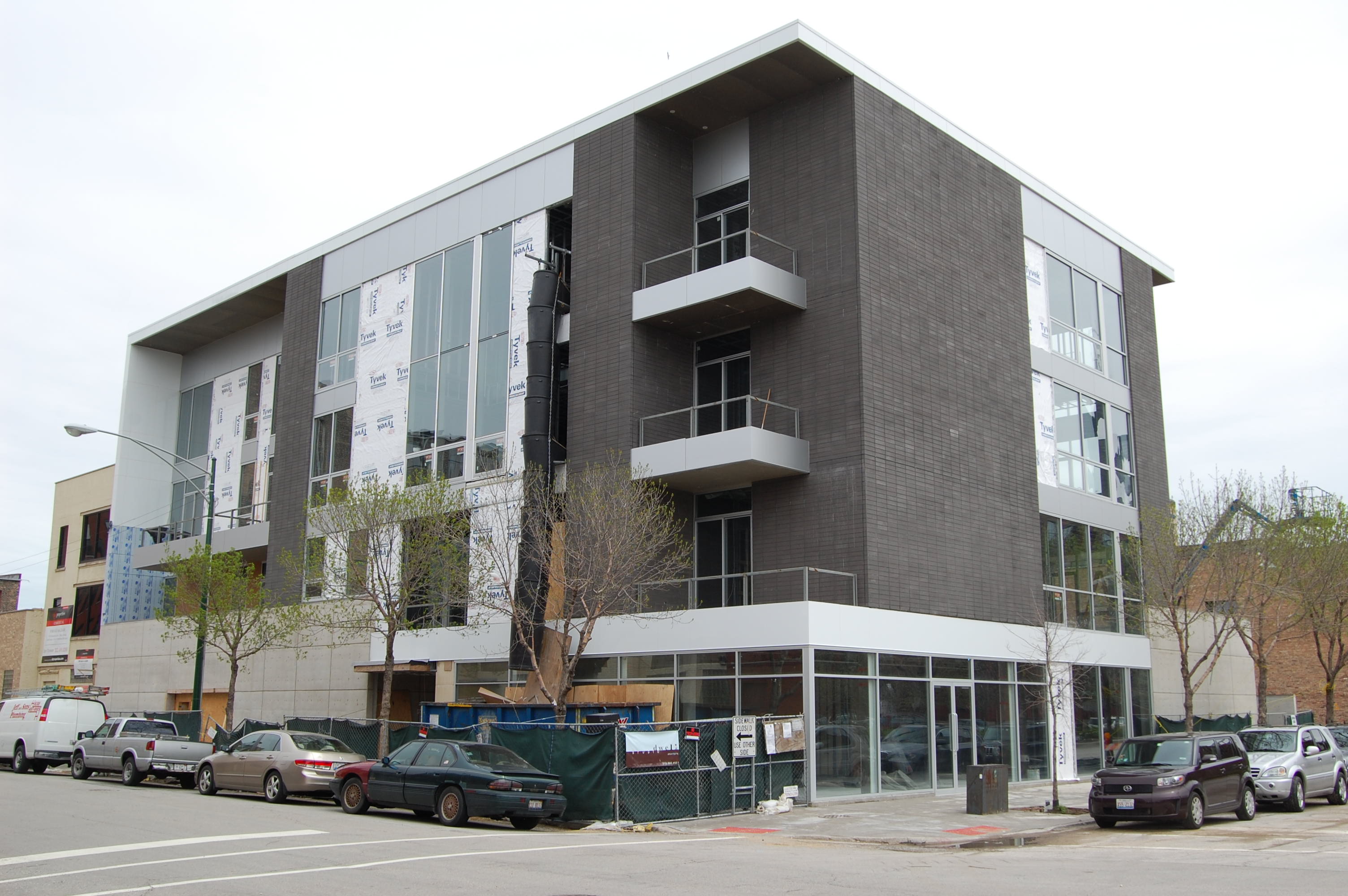 It was a pretty slow winter at 155 N Aberdeen St in the West Loop, but Utopian Properties’ 12-unit condo development is finally nearing completion. In an email, @properties agent Elizabeth August writes, “We are currently half sold at 155 N Aberdeen – 6 units remain and will start to deliver units end of June into July.”

The photo at the top of this post was taken about three weeks ago. At that point, workers had begun installing wood paneling on second floor of the Aberdeen side of the building. August says once construction on 155 North Aberdeen is finished she plans to stage a furnished model unit.