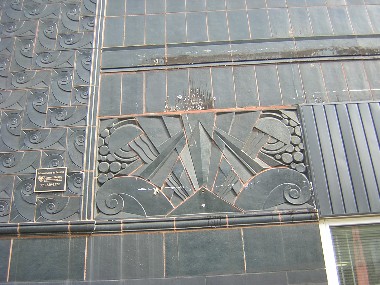 Yes, Mies van der Rohe’s proclamation that “God is in the details” has become a tired cliche. Which doesn’t mean it’s not so. It’s just suffered from overuse and loose interpretation.

When Mies made his pronouncement, he was talking about the importance of stuff like handrails, window reveals and door pulls, mostly because everything else in his design lexicon was so abjectly minimal that the smallest details had to be perfect.

The cliche maker’s notion of details and godliness (not to be confused with a word coined by a popular basic cable fake news show) more probably focuses on stuff like the applied terra cotta ornamentation you see on so many early 20th century Chicago buildings, which is so purely and deliriously decorative it probably horrified the meister of minimalism when he fled Germany in the late ’30s and saw it here firsthand.

A hundred years ago, most of America’s leading terra cotta manufacturers were located in Chicago (Terra Cotta Place, off the 2500 block of Clybourn, was where the largest of them — the Northwestern Terra Cotta Company — had its main plant) and the material was hugely popular in building until the Great Depression.

Like so many treasures of Chicago’s built environment, terra cotta is ubiquitous, but we barely see it. It is most obvious on downtown office towers like the Wrigley, Reliance (now the Hotel Burnham) and the Carbide and Carbon (now the Hard Rock Hotel) buildings. But it’s also on humble commercial structures in every neighborhood of the city.

You can find these particular details on an unprepossessing little storefront building that is an amazing tour de force in tile. Can you tell us where it is? 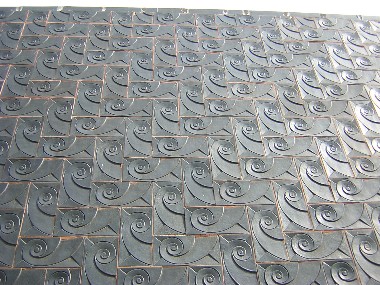 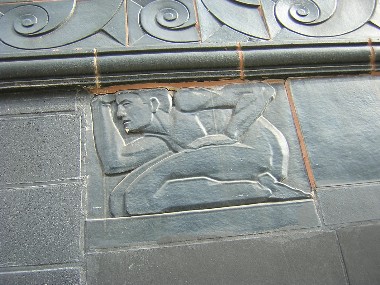 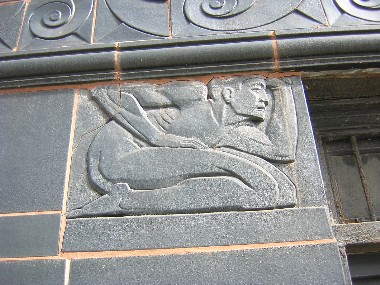