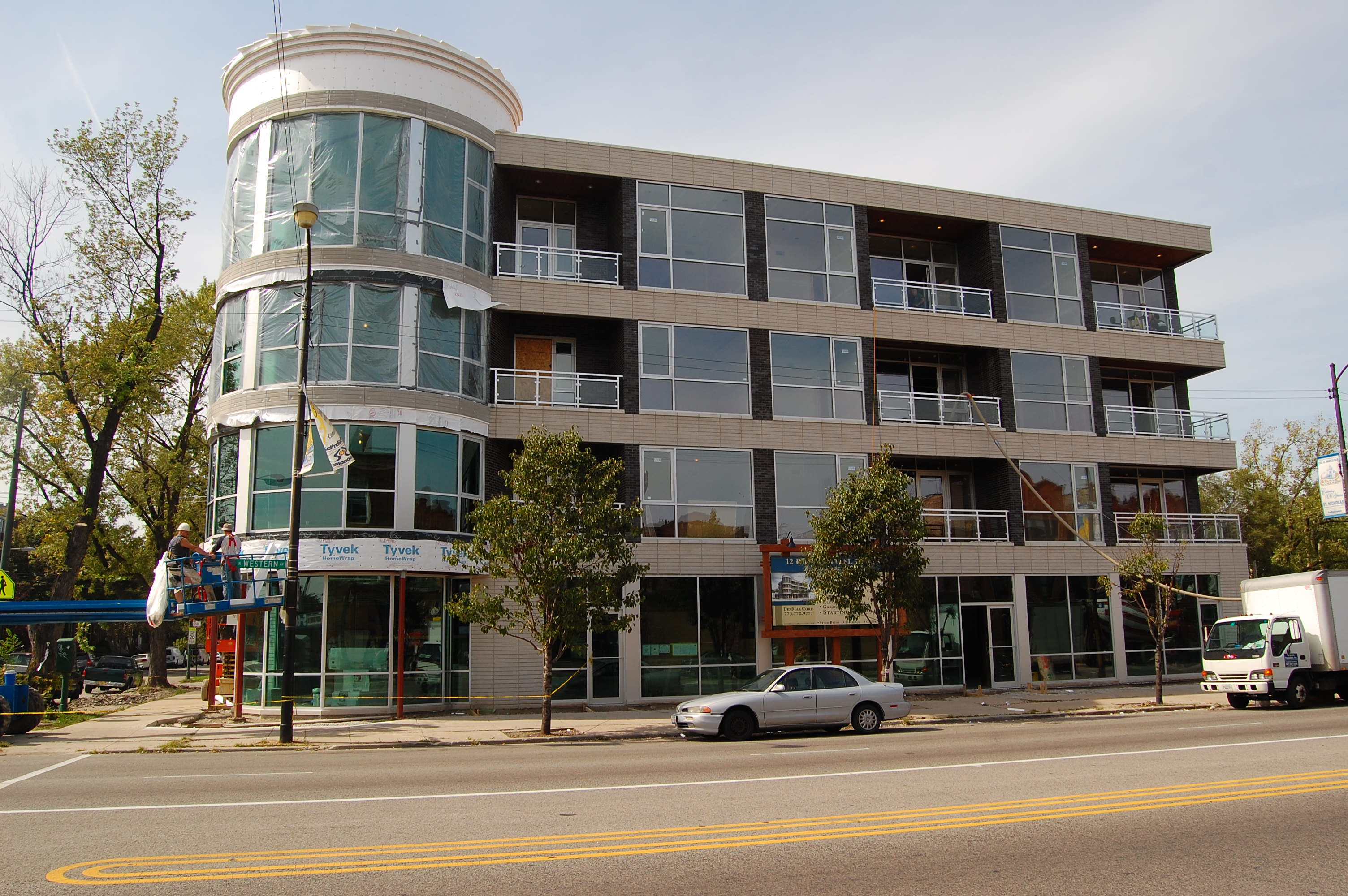 Near the end of our conversation about the Baer Lofts on Tuesday, @properties agent Mike Vesole mentioned that units were moving nicely at another one of his listings, The Lumiere, DenMax Corp’s new development at the border of Ukrainian Village and Humboldt Park.

Cook County sales records don’t show any recent transactions at either of The Lumiere’s addresses, 840 N Western Ave and 2408 W Rice St, but Vesole says that six of The Lumiere’s 12 three-bedroom / two-baths are indeed spoken for. The six unsold homes are listed from the $390s — about $30,000 lower than what we saw last fall — up to the $530s — just a little higher than we’ve reported in the past.

Vesole’s listings don’t include floor space, but Mark’s old posts mention sizes at the building ranging from 1,350 to 1,400 square feet. The homes have one or two balconies per plan; fourth-floor units also come with deeded roof decks serviced by an elevator. One garage parking space comes with each unit, and additional spaces sell for $20,000 apiece.

Two 8,400 square-foot commercial spaces fronting Western Avenue are still listed in the $740s. A representative with DenMax told Mark in September that he hoped retail at The Lumiere would include an optometrist or a fitness club.

Mark toured The Lumiere with Vesole back in October. You can see video of their walk-through below.

NewHomeNotebook:
• Rate and review The Lumiere