Did iMove Chicago viciously retaliate against a Yelp reviewer? 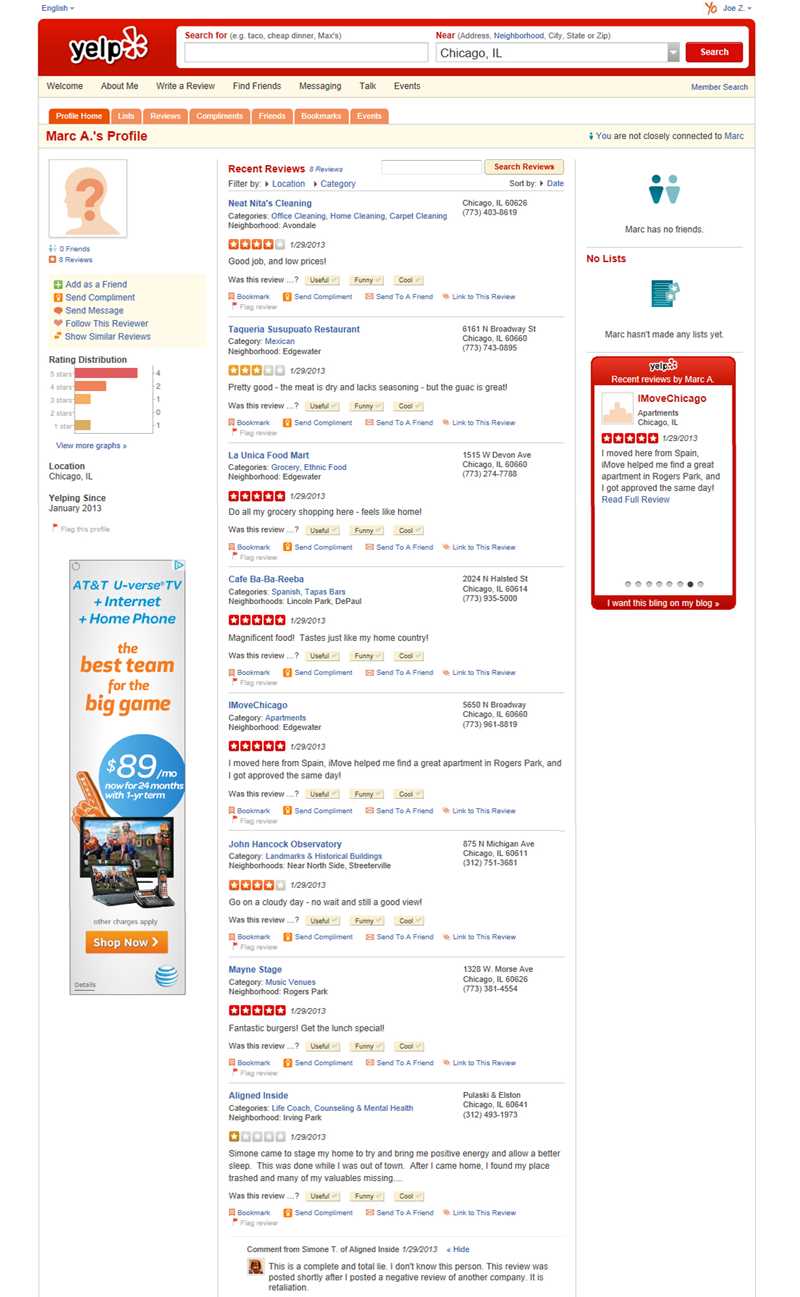 We’ve written about iMove Chicago several times, put it on our Craigslist’s Dirtiest Dozen rental services roster, and wondered why any renter or landlord would do business with the company.

Yelper Simone T recently had what she considered a bad experience with iMove Chicago, and posted a negative review at Yelp. She supplemented her review with a quote that she said was from an email that iMove’s Erickson Ocasio sent her after seeing the review:

You can take your idiot Yelp review and shove it where the sun doesn’t shine. I don’t live by Yelp reviews.

The same day, Marc A posted a review of Simone T’s business – his first-ever review on Yelp, and her first-ever negative one:

Simone came to stage my home to try and bring me positive energy and allow a better sleep. This was done while I was out of town. After I came home, I found my place trashed and many of my valuables missing.

Did iMove Chicago respond to a negative review by accusing the reviewer of being a vandal and a thief? It sure looks like that’s the case. Simone T responded to the review on Yelp:

This is a complete and total lie. I don’t know this person. This review was posted shortly after I posted a negative review of another company. It is retaliation.

Marc A posted seven additional brief reviews that day, one of them a 5-star Yelp for iMove Chicago:

I moved here from Spain, iMove helped me find a great apartment in Rogers Park, and I got approved the same day!

iMove Chicago has been advertising frequently on Craigslist for new leasing agents. If the facts of this exchange on Yelp are what they appear to be, only the most corrupt or naive individuals will sign on with the company – or remain affiliated with it.

Over the years I’ve seen an astounding amount of vicious behavior on the part of Chicago’s rental services. It’s an industry that operates in a legal and ethical vacuum, and the time has long since passed when state and local law enforcement authorities should have addressed its behavior. Renters need to know that they put themselves in jeopardy any time they engage with a Chicago rental service.

If you appreciate our efforts to shine some light on Chicago’s rental services, show your support by liking our Craigslist Apartment Cleanup page at Facebook.

ADDED 2/5/2013: Marc A’s account has apparently been removed from Yelp. You can still see its contents in the screen cap, above.