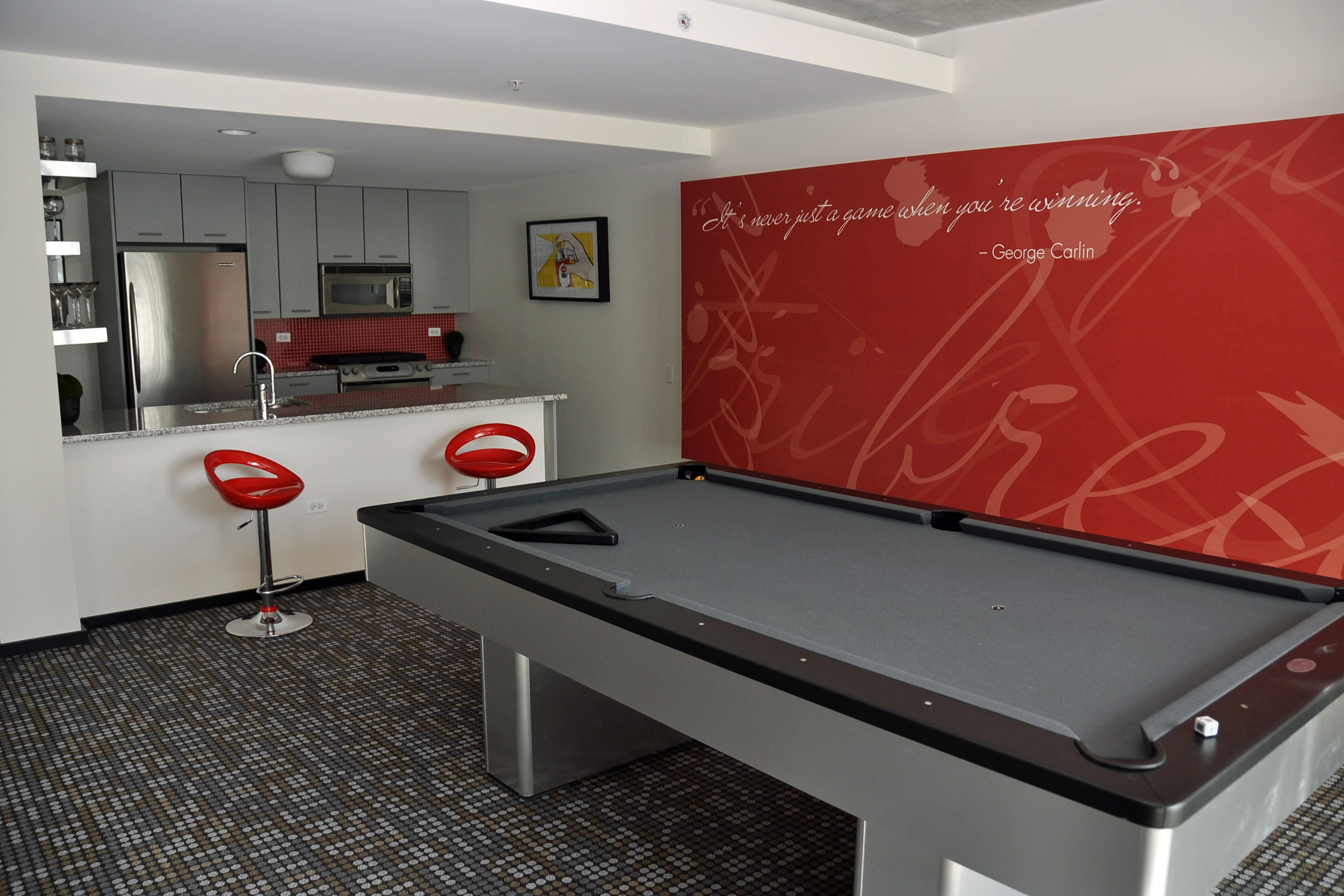 The late George Carlin, a master of pithy observations, once said, “The status quo sucks.” After hearing pitches for the same finishing package at a dozen different developments, I start to agree.

Occasionally I’ll find a surprise, an amenity or design decision so odd that there’s no chance I’ll find it anywhere else. In the case of R+D659, it’s this: A billboard of sorts, sporting the words “It’s never just a game when you’re winning. – George Carlin,” mounted prominently above a pool table in the common lounge and game room.

It’s impossible to ignore. Seriously, it was the first thing I noticed as I walked into the room, and it’s the only thing that stuck with me after walking out. It’s a comfy lounge, with iMacs and a flat-screen TV on one side, a full kitchen on the other, and easy access to the pool outside. But all I could think about was the fact that the room’s decorative centerpiece is a zinger from George Carlin, masquerading as a motivational quote for pool sharks.

You know what? I love it. Just don’t let it become the status quo.