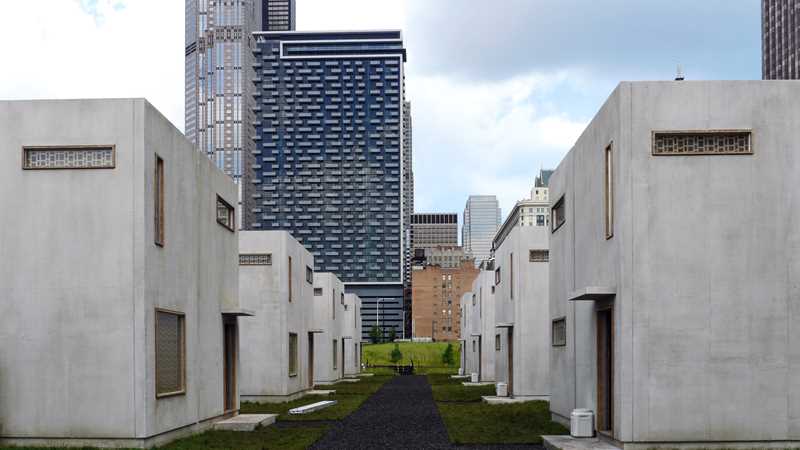 One of the sets for Neil Burger‘s adaptation of Divergent, a sci-fi flick starring Shailene Woodley and Kate Winslet, is appropriately sandwiched between two of Chicago’s architectural icons. No word on whether the set was designed by Burger’s architect wife.

Pictured above, to the north of Divergent’s bleak homes, is Ralph Johnson‘s 235 Van Buren. 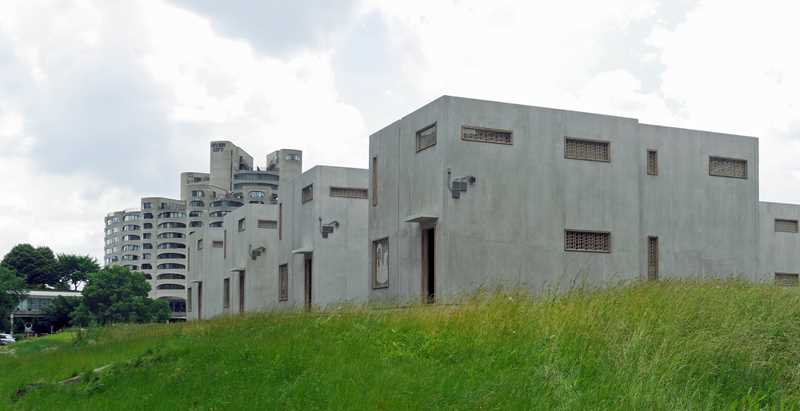 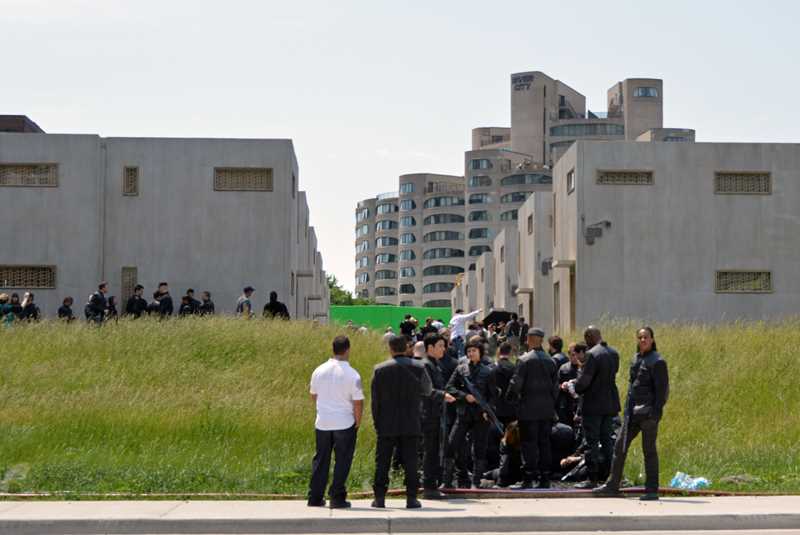 Just beyond the set to the south is Bertrand Goldberg‘s River City, 800 S Wells. A person associated with the film assured me that the automatic weapons in the picture were just plastic replicas. The last day of filming at the location will be Wednesday, June 19, after which the set will be dismantled. The film is scheduled to be in theaters in March of next year.