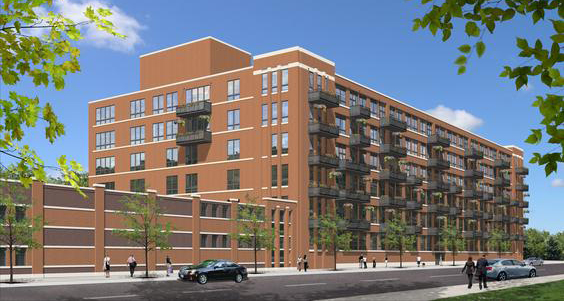 Two Dubin Residential developments that had slipped below the radar over the past two years resurfaced today in a Sun-Times article. Plans for The Lofts at Bridgeport Place (above), 1038 W 35th St, and McKinley Park Village (below), 3600 S Western Ave, were unveiled in 2006, but until now we hadn’t received word that either project would be moving forward. According to the Sun-Times report, the developer has significantly retooled the original plans for both projects.

As for the Lofts at Bridgeport Place, Dubin had previously announced plans to convert the Spiegel factory at 1038 W 35th St into 158 industrial lofts. Now, Dubin’s revised plans call for converting the building into “190 residential units with live-work spaces for artists” along with retail and 220 parking spaces, according to the Sun-Times article.

Neither the Sun-Times story nor the Dubin Web site mention new pricing for either development, but the article does specify that the rental portion of McKinley Park Village will be “work-force housing,” meaning that rents will be “affordable to families earning no more than 80 percent of the Chicago area’s median income.” The development pages for The Lofts at Bridgeport Place and McKinley Park Village on Dubin’s Web site say “Coming in 2010!” at the top of each page. 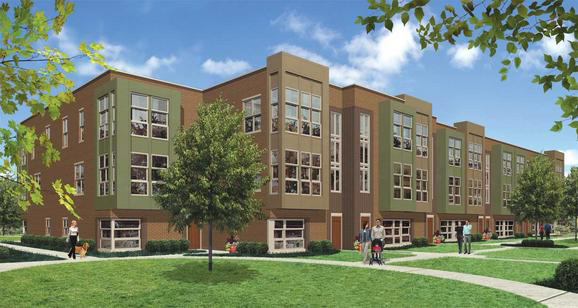 Newer Post
Networking in the city: denser neighborhoods are more valuable
Older Post
Trump: Chicago is going to be a fine transaction