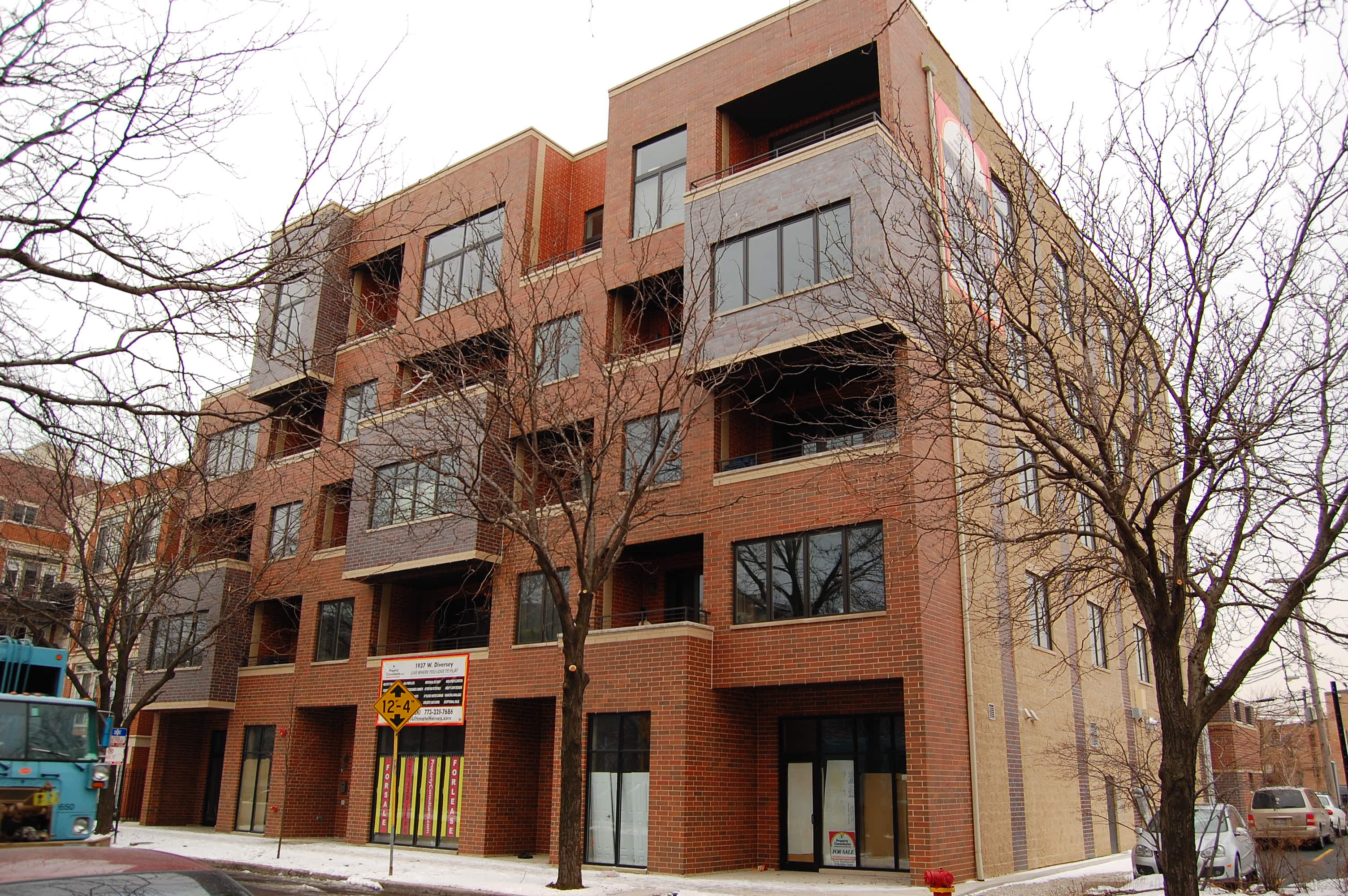 We’ve compared the look of some developments around town to games of Tetris, but this one reminds me more of Jenga. When I look at this 24-unit development at 1937 W Diversey Pkwy in Lake View, I just think, “Pull ’em, stack ’em…Don’t let ’em topple!”

Tony Zaskowski from Property Consultants Realty says construction started in the spring of 2007, but he didn’t start marketing the project until April 2008. So far, he’s managed to sell 16 of the homes, leaving eight available two-bedroom condos. He says most of the homes have 2.5 baths, but a couple of them come with just two full baths.

Zaskowski says he’s seen a surge in interest in recent months, but he says that most of the people that come to open houses are just looking, and that there are few serious buyers. “We sold most of the units in April, May and June,” he says, but things were very quiet in the late summer and fall.

Things are picking up again because buyers want to take advantage of low interest rates, he says. “There has been a lot more traffic in the last two weeks than in previous years,” he says. “From last year traffic is up 70 percent.” Despite the renewed interest, Zaskowski says most buyers still aren’t ready to pull the trigger.

Prices for the remaining homes at 1937 West Diversey range from the $370s to the $420s, with parking included, but Zaskowski warns that the developer will start charging an extra $15,000 for parking, beginning next Monday, Dec. 15th.