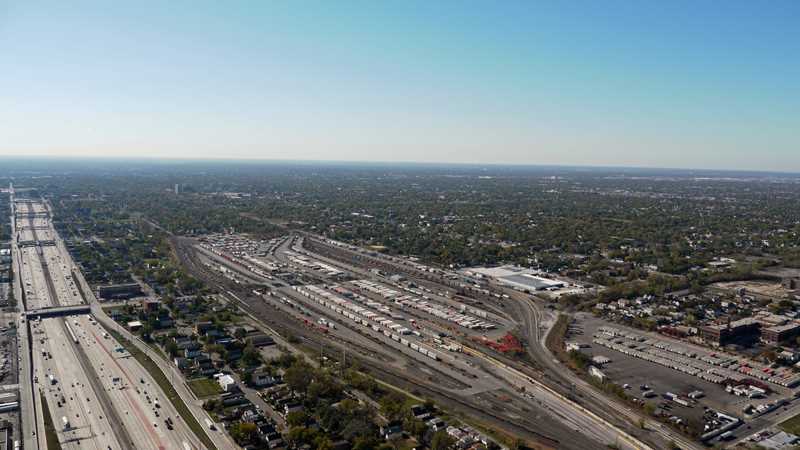 Chicago’s blighted Englewood neighborhood has seen few positive developments in the past several decades. The new campus of Kennedy – King College at 63rd and Halsted, built at a cost of over $200 million, was expected to spur development in the immediate area, but there’s currently little evidence of it. One goal of the new campus was to “bring safety and stability to the streets of Englewood.” There’s ample evidence that goal hasn’t been met.

Norfolk Southern railroad has a major development underway in Englewood, an 84-acre expansion of its existing 140-acre intermodal freight yard, pictured above. The Chicago Tribune reported yesterday that the City Council’s Housing Committee moved the project forward by agreeing to sell the railroad 105 vacant city-owned lots in the expansion area.

As you might expect, not everyone in the Englewood community views the freight yard as a positive development.

I traversed a part of the area slated for expansion of the freight yard a little over a year ago, and shot the following video: