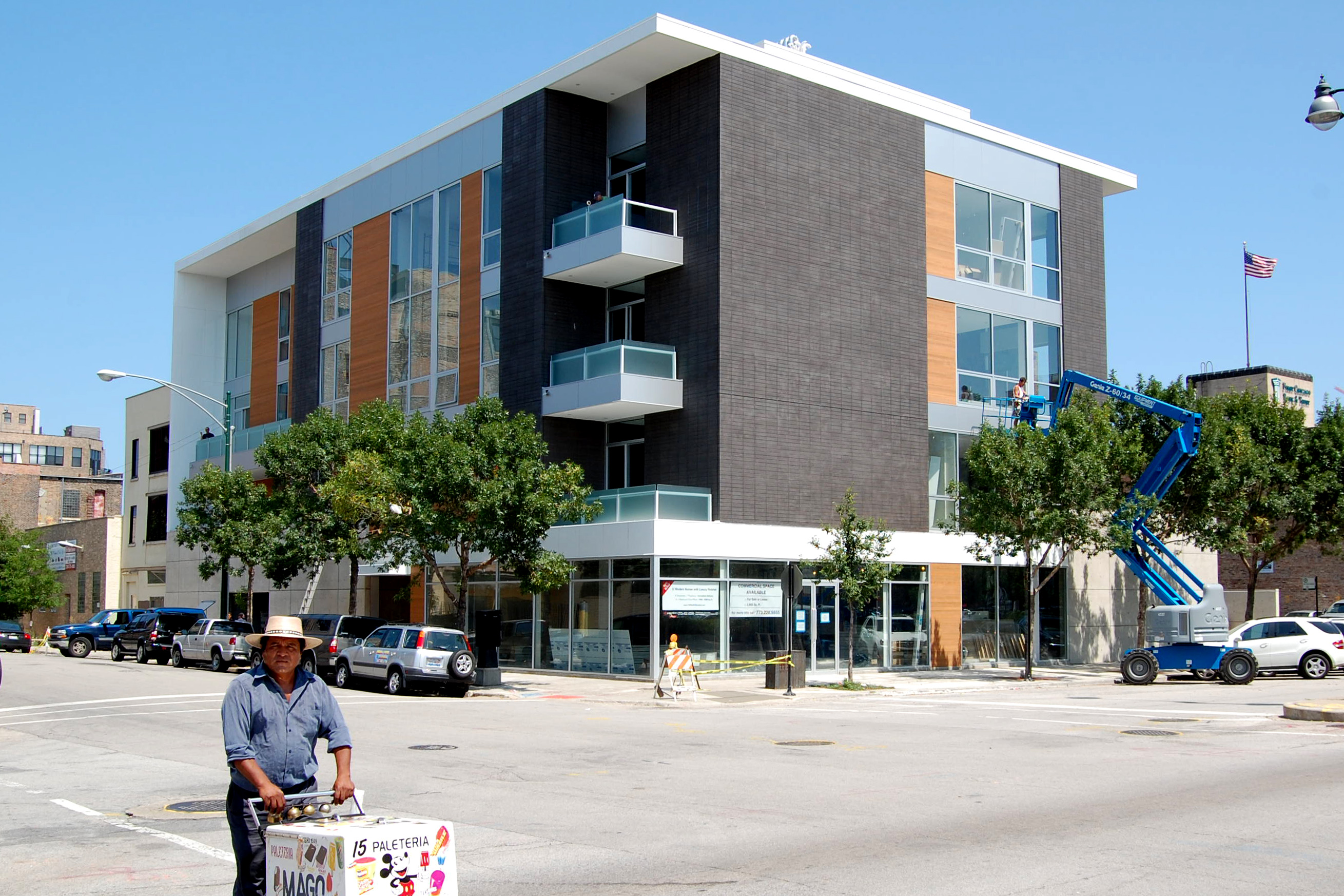 It’s been a long time coming, but it looks like 155 North Aberdeen is nearly ready for buyers to move in. I took a walk down Randolph Street in the West Loop yesterday afternoon to 155 N Aberdeen St and found that since my last update, all of the windows have been installed and most of the wood and plastic paneling is now in place.

Although the building looks almost finished, the place was crawling with construction workers, who appeared to be working on balcony railings, sealing windows, and installing finishes in the homes.

I wasn’t able to reach sales manager Elizabeth August for an update on the unsold condos in the building, but according the @properties sign in one of the windows, six of the 12 units in the building have been sold — which is the same number August quoted to me in the spring. Just four homes are currently listed on the MLS, including: 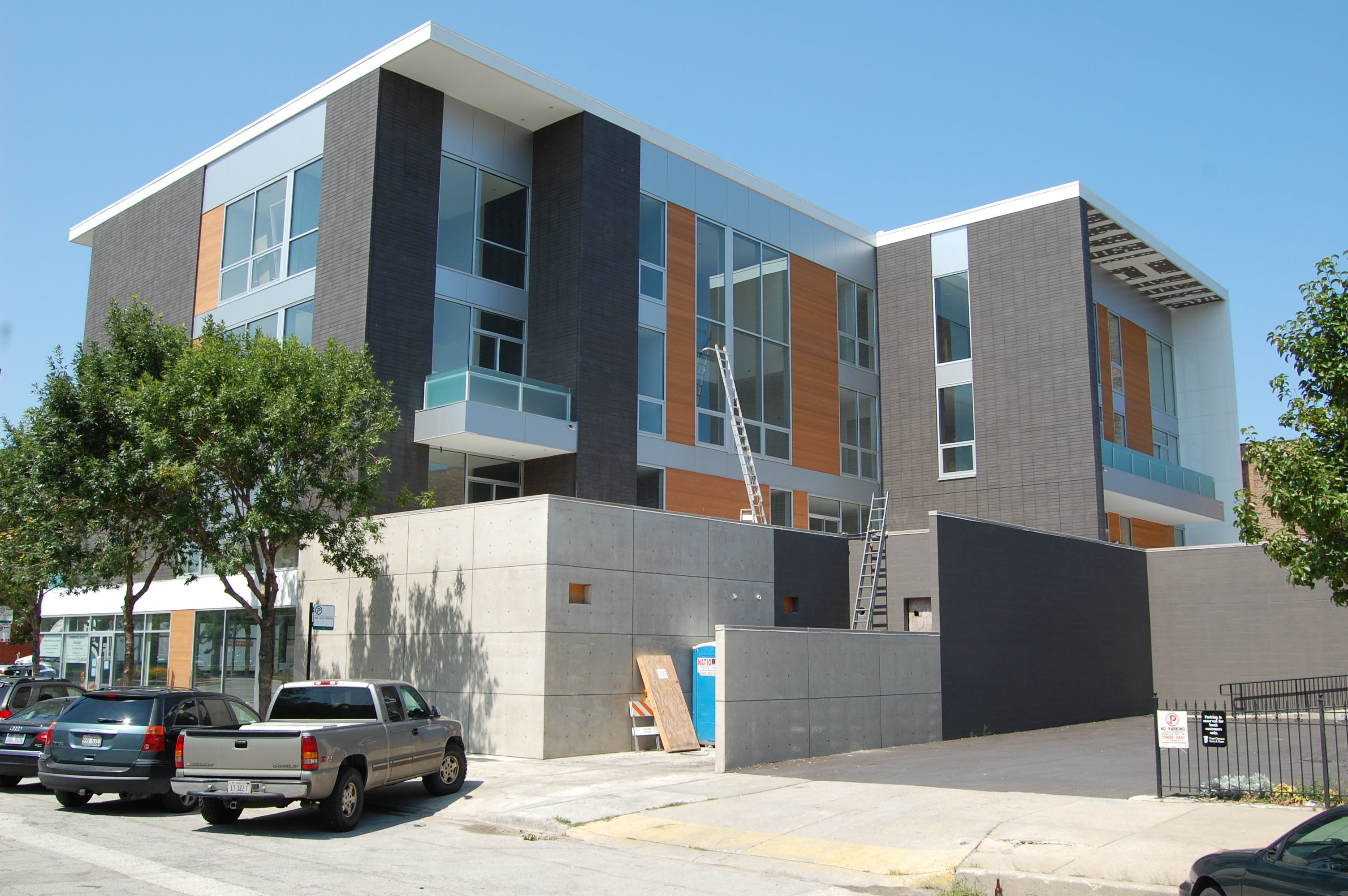