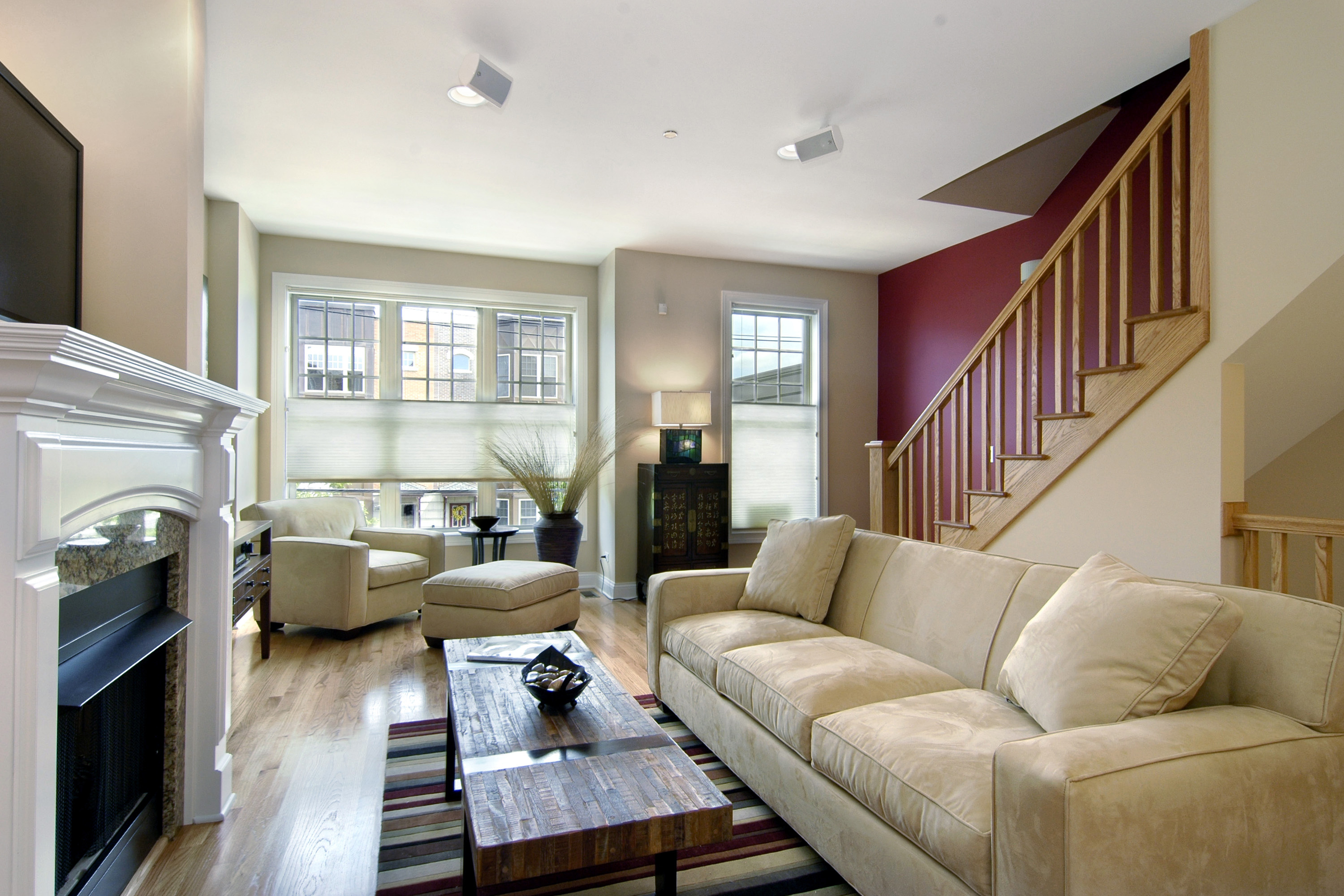 Some Chicagoans may be shocked to hear it, but there is in fact life west of Western Avenue – and not just any old rugged city life.

At Cornelia Court, a townhouse development at 3001 W Cornelia Ave in Avondale, residents can find a quiet, peaceful environment to call home. The 63-unit development is located south of Addison Street between Kedzie and California avenues, just west of the Chicago River.

Developer Steven Frytz of Anchor General Construction not only built the development, but he also makes his home there. According to Frytz, buyers leaving the over-saturated downtown condo market will enjoy the solitude and privacy available at Cornelia Court.

“This is a quiet neighborhood,” he says. “I listen to the crickets at night. I don’t hear any buses, rowdy Cubs fans or anything like that.”

Frytz’s most recent project prior to Cornelia Court was a 24-unit condo development in Roscoe Village known as Addison Station. He then set his sights westward to Avondale, a neighborhood that he believes is evolving along with the housing market.

“In Chicago there is always a recycling of neighborhoods,” Frytz says. “We believe that this is becoming a family-oriented community just like Roscoe Village. We assumed that people who got out of the condo market – people who had a child or a growing family – would be looking for a townhome development with low density.”

In these three-story townhouses, residents won’t have to worry about noise traveling from above or below, because their only neighbors will be located next to them. Each townhouse includes a private entrance, a finished deck, an attached two-car garage and yard space. Of the 32 completed three-story townhouses at Cornelia Court, nine were still available as of August.

“This is a nice community for somebody who has to stay in the city and wants the benefits of living in a single-family home,” Frytz says. “All the neighbors here have met each other. You really have that feeling of privacy and comfort.” 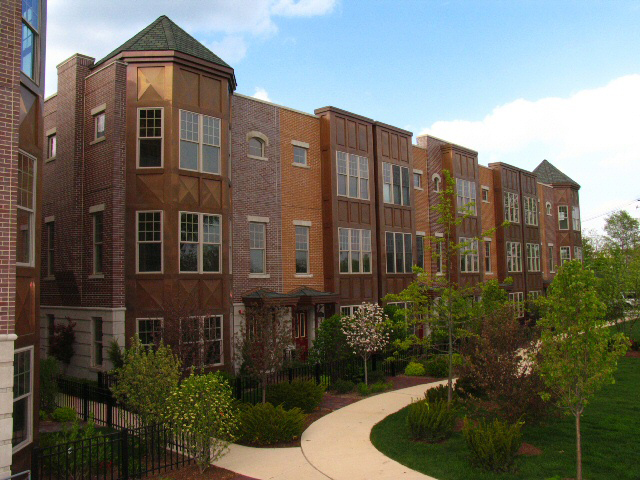 Gale Goldstick of Coldwell Banker Residential Brokerage is the project’s sales manager. She says Cornelia Court offers superior value for buyers who don’t subscribe to the notion that they must live downtown or in one of the more well-known destination neighborhoods.

“We say that the smart money is buying here,” Goldstick says. “Buyers will get more bang for their buck than at any place east of Western Avenue. Little by little, we’re building a community. The retailers are coming up here, and the neighborhood is gentrifying.”

The development is nestled in a 10,650 square-foot courtyard with all the amenities of city living located in the surrounding neighborhood. The McFetridge Sports Complex, Brands Park and California Park are within short walking distance, as are the Addison Mall and a Target department store. The Kennedy Expressway is blocks away (although one can’t hear it from the courtyard), in addition to ‘L’ stops at Belmont Avenue and Addison Street.

As for Frytz, who stands in his Zen garden as he talks about the quality homes he’s building around him, it’s the little things that count most.

“I save 40 minutes on my drive to the airport, and it’s the same thing when we take trips to our summer home in Wisconsin,” he says. “And I really like that I don’t have to park in the garage, go across the parking lot, and up the elevator to get my groceries up. There are a lot of advantages here.”

The Cornelia Court sales center, located at 3007 W Cornelia Ave, is open from 1 p.m. to 4 p.m. Tuesday, noon to 5 p.m. Saturday and Sunday, or by appointment.