First open house at The Rotunda this weekend 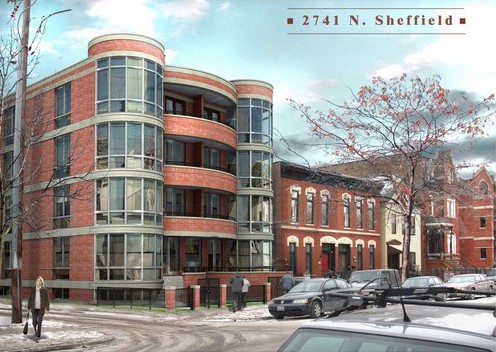 Construction is still underway at The Rotunda, the eight-unit development at 2741 – 2743 N Sheffield Ave in Lake View, but Rubloff agent Thomas Hall will be at the property this weekend to show prospective buyers through the building.

Hall says workers are currently busy trimming the homes and installing tiles. After that, the cabinetry will be installed, and Hall estimates that it will be another 45 days before he’ll have a home completely finished.