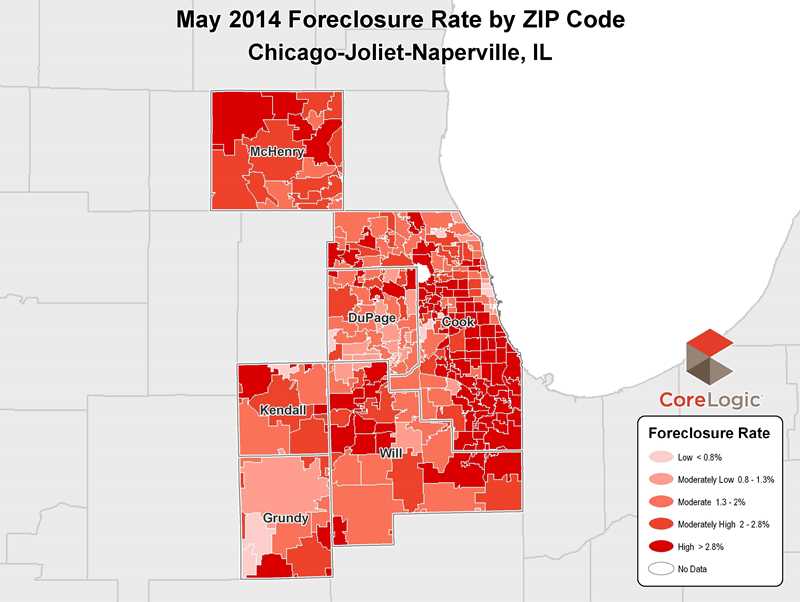 Foreclosure rates in the Chicago – Naperville – Arlington Heights metro decreased for the month of May over the same period last year, according to newly released data from CoreLogic.

The CoreLogic data reveals that the rate of Chicago-area foreclosures among outstanding mortgage loans was 2.82 percent for the month of May 2014, a 41% decrease compared to May of 2013 when the rate was 4.76 percent. Foreclosure activity in the Chicago area was higher than the national foreclosure rate, which was 1.73 percent for May 2014.