Foreclosures, short sales were 43 percent of 2012 US sales 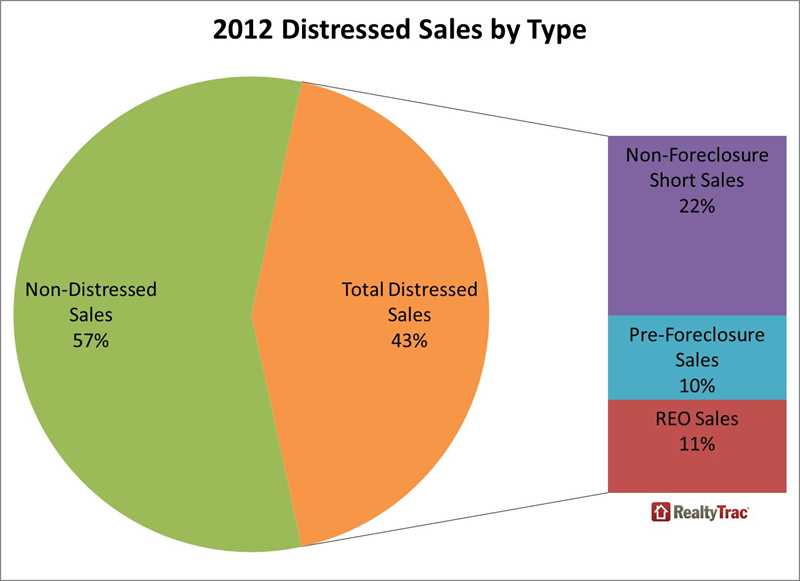 RealtyTrac today released its Year-End and Q4 2012 U.S. Foreclosure and Short Sales Report, which shows a total of 947,995 U.S. properties in some stage of foreclosure or bank-owned (REO) were sold during the year, a decrease of 6 percent from 2011 and down 11 percent from 2010.

Properties not in foreclosure that sold as short sales in 2012 accounted for an estimated 22 percent of all residential sales —bringing the total share of distressed sales to 43 percent, including both foreclosure-related sales and non-foreclosure short sales.

Read the full report at RealtyTrac.