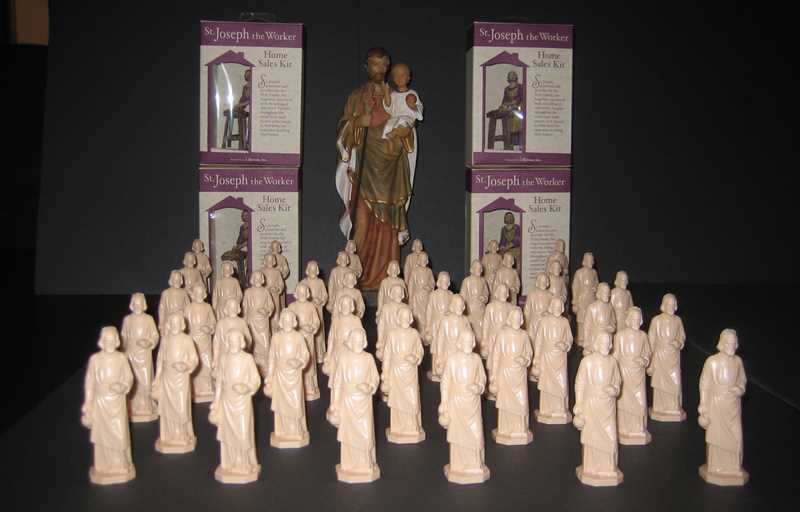 With the approach of St Patrick’s Day, many Chicagoans are looking forward to slipping the surly bonds of civilization and settling in for a weekend-long drunk. It’s a tradition.

Many Chicago home sellers have lost sight of or never heard of another tradition, one that dates to the sixteenth century: burying a statue of Saint Joseph upside down in one’s yard guarantees a quick home sale. That’s The Straight Dope, and you can Google it. Saint Joseph’s Day is March 19, which might be an auspicious day for a burial.

Six years ago we bought out the entire inventory of Saint Joes of a religious store on the northwest side and put the statues up for adoption at the annual Illinois Association of Realtors convention. They were snapped up quickly – Realtors, after all, know how to sell homes and jump-start the spring sales market.

We held back the big guy in the above picture, and I gave him to Belgravia Group‘s Alan Lev following a mortgage-burning ceremony at 600 Lake Shore Drive. I’ve refrained from asking Alan whether the statue found its way into the ground outside Phase I of CA23, which Belgravia acquired and sold quickly last year.