From the vault – a Roosevelt Collection high-rise 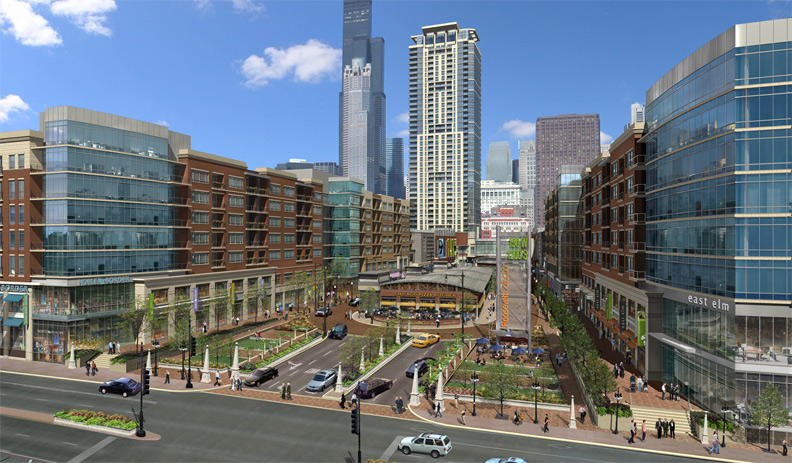 It was nearly eight years ago when Centrum Properties began leasing retail space for the as yet unbuilt Roosevelt Collection site in the South Loop. An early rendering, above, showed the retail, the proposed loft condos and a high-rise to their north. 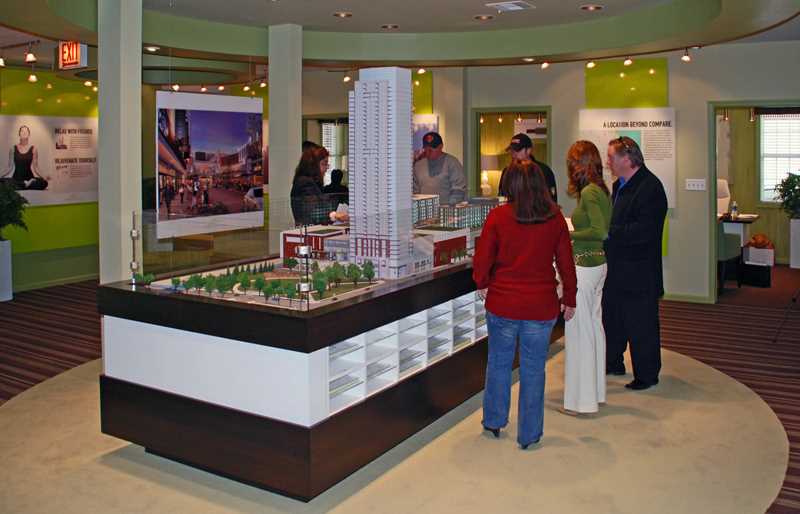 The high-rise was included in a scale model of the development when we visited the project’s sales trailer in November of 2006.

The Roosevelt Collection has seen a number of changes over the years, including the conversion of the loft condos to rentals and the dedication of a portion of the site for the British School’s new South Loop campus.

Construction on the school has been proceeding very rapidly, as you can see by comparing our shot, above, from June 26 with the site’s current status as shown on its construction cam. 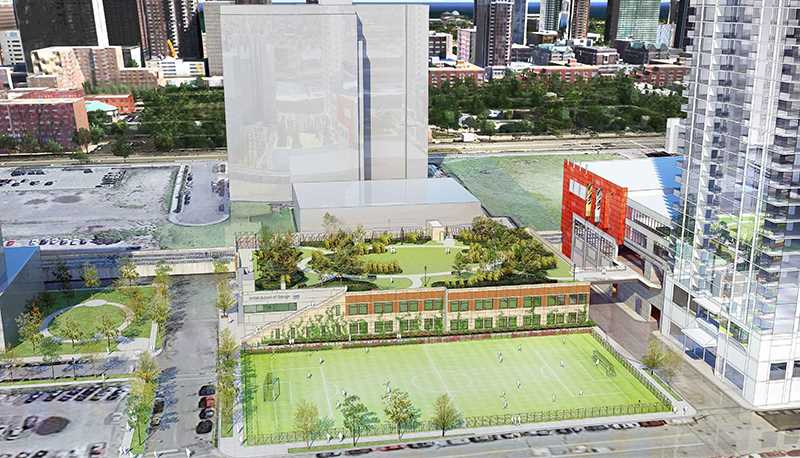 We haven’t included any new construction on the Roosevelt Collection site in our at-a-glance list of new downtown apartment projects, but if the site is fully built-out it will become, along with the towers immediately to the east along Clark St, one of the densest apartment clusters in Chicago.