Frontier no more for Wicker Park and Bucktown 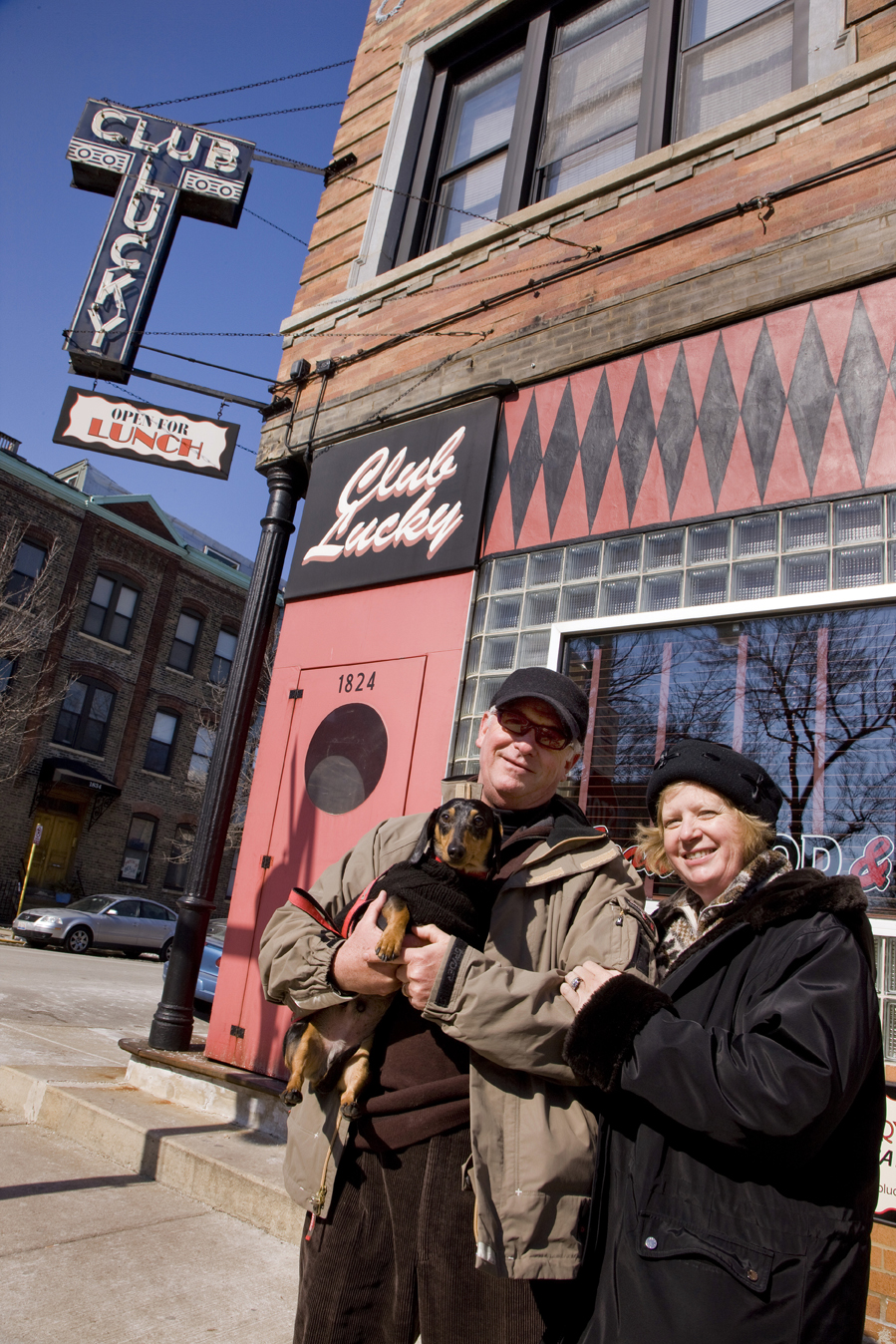 For a man who made his name in real estate by selling lofts and condo conversions in Bucktown, @properties co-founder Thad Wong is remarkably frank about the neighborhood’s biggest drawback.

“I’ll admit, it’s a pain getting to the lake,” Wong says. “People want to walk out their front door in the summer and walk to the lake, and you can’t do that when you’re in Bucktown.”

“Aside from that, it has almost everything.”

Gentrification was already underway in Bucktown and its neighbor to the south, Wicker Park, when Wong moved to the area in the mid-1990s. Even if the neighborhoods’ commercial options at the time left buyers much to be desired, a number of key amenities were in place that would set the stage for future development, he says.

The CTA Blue Line, which stops Ashland and Damen avenues in Wicker Park and at Western Avenue in Bucktown, gave residents a straight shot to offices in the Loop and their vacation destinations via O’Hare International Airport. Buses ran regularly on all of the neighborhood’s major thoroughfares, and drivers could access the Kennedy Expressway from ramps at six different locations.

Wicker Park also “felt more urban” than its upscale neighbors to the east, Wong says. The 12-story Coyote Building at the intersection of North, Damen and Milwaukee avenues was a reminder of downtown high-rises. Artists and musicians mingled with the area’s traditional population of Germans, Polish, Scandinavians and Latinos, making the neighborhood of a melting pot of fashion and flavor. Rock clubs, record stores and book shops only bolstered the area’s air of bohemian independence.

“People want to be reminded that they live in the city. You can get off the train at Damen and feel like you’re stepping into a very gritty environment,” he says. 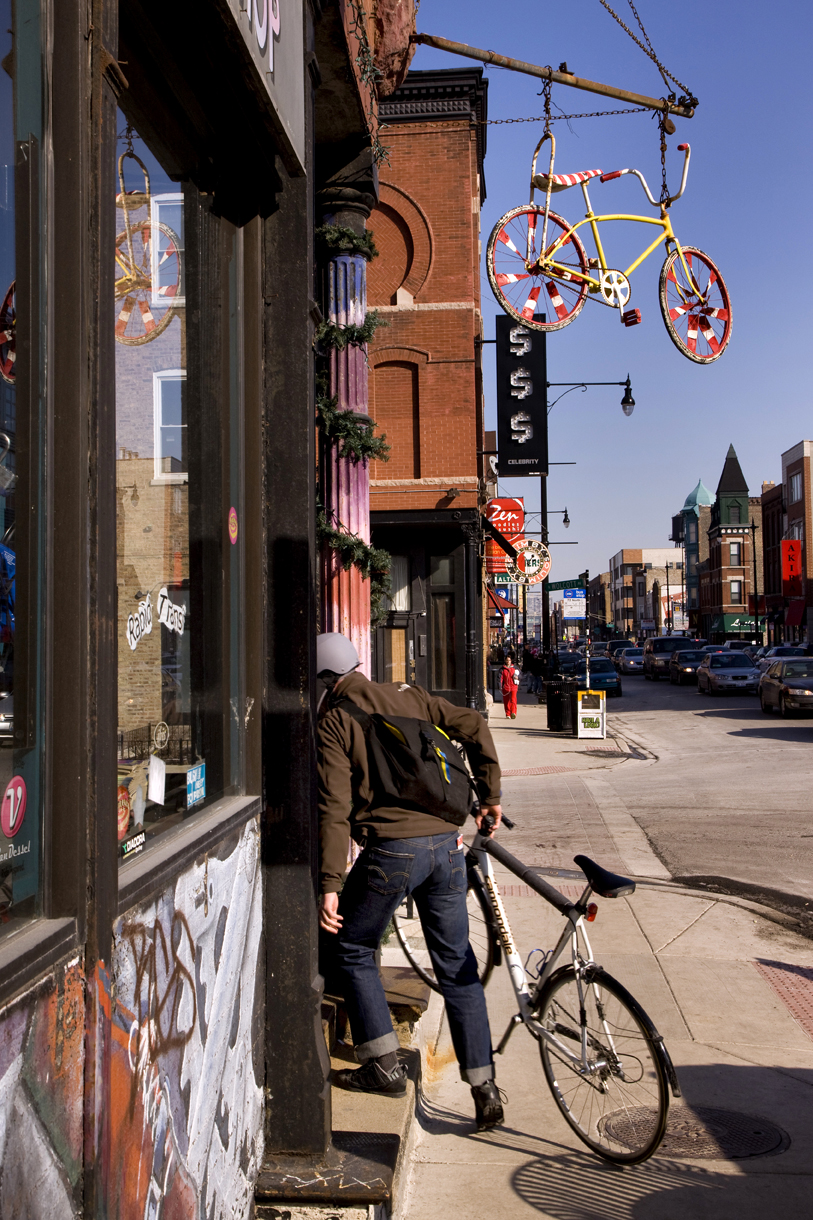 Today, more than a decade after Wong started selling the Clock Tower, Pinnacle and Ironworks lofts to buyers willing to brave “a few extra-friendlies and some big ol’ rats at night,” the atmosphere is still very much the same. Quimby’s Books on North Avenue still sells a variety of independent comics, ’zines and niche literature. Guitars still wail out into the street from the Double Door, located at the corner of Damen and Milwaukee.

Walk two blocks east of that “gritty” train station today, however, and you’ll undoubtedly stumble upon the site of Ranquist Development’s five new single-family homes on Wolcott Avenue. Each is selling for approximately $2.5 million.

Other single-family homes in the neighborhoods aren’t nearly expensive, but any of them will set a buyer back at least $1.2 million, says Elizabeth Mallon, a sales associate with Coldwell Banker.

Starting prices for new single-family homes in Bucktown and Wicker Park now list for an average of $1.3 million, and most two-bedroom / two-bath condos cost at least $450,000, she says.

Mallon, who is also a principal with 325 Development, is selling a six-bedroom / four-bath single-family home at 2224 W Lyndale Ave in Bucktown for $1,349,000. The house, like many of the other new homes Mallon sees in Bucktown, has features that rival the luxury developments located closer to downtown – bamboo floors, custom stone work, Grohe and Toto fixtures and Viking appliances.

The house, along with two others 325 Development has recently built, is in a part of Bucktown she calls Holstein Park. The “neighborhood within a neighborhood” (bounded by Dickens Avenue, Belden Avenue, Leavitt Street and Claremont Avenue) will see approximately 15 new construction projects this year, “more than any other sub-pocket of Bucktown,” Mallon says.

Plenty of homes in Bucktown and Wicker Park are still available under the million-dollar mark, if last year’s number are any indication. More than 94 percent of the 792 condos, townhouses and single-family homes that changed hands in 2007 sold for $999,999 or less, according to the Multiple Listing Service of Illinois. The average sale price of a home in the area was $536,405.

Buyers seeking homes below that price point have relatively few options; likely candidates can be found in gut rehabs like 1735 W Division St. Those two-bedroom, two-bath units are priced well below the neighborhood’s median, with price points topping out in the $370s.

Ranquist Development is selling its three remaining condominiums at 1711 W. Division St. in Wicker Park at prices starting in the $590s, which is much closer to the neighborhoods’ average. Ranquist principal Karen Ranquist believes Division Street has become a hot new corridor for development, and she expects to see business spring up around her company’s condominiums and other similar projects along the street.

“Bucktown has already had an influx of the more commercial stores and restaurants, but Division Street is a completely different location,” Ranquist says. “It really welcomes itself to outside dining and parkways, so that it could become a very neat alternative to the Southport corridor or Lake View.”

Newer Post
Sales update: 2 left at 1529 W Chestnut St
Older Post
Something for everyone in Lincoln Park and Lake View