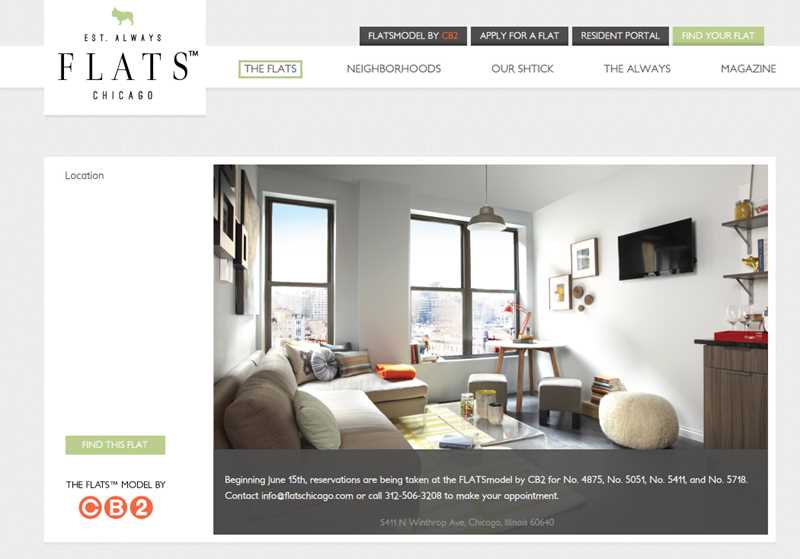 As Flats Chicago cranks up its hype machine with an eye on the spring rental market, we’ll try to provide an occasional reality check. Start with the current screen cap from Flats’ website: reservations were being taken last June for four buildings, only one of which has apartments ready for occupancy.

But first, a look at some of the more gag-inducing hype. Moss Design blogged that the aim of its redesign of the 4+1 at 5411 N Winthrop “is to restore the building’s iconic 1970′s drama and glamour” and went on to make a comparison with Le Corbusier’s Villa Savoye. Real Estate BIZNOW and ext. 54 contribute not-to-be missed efforts. 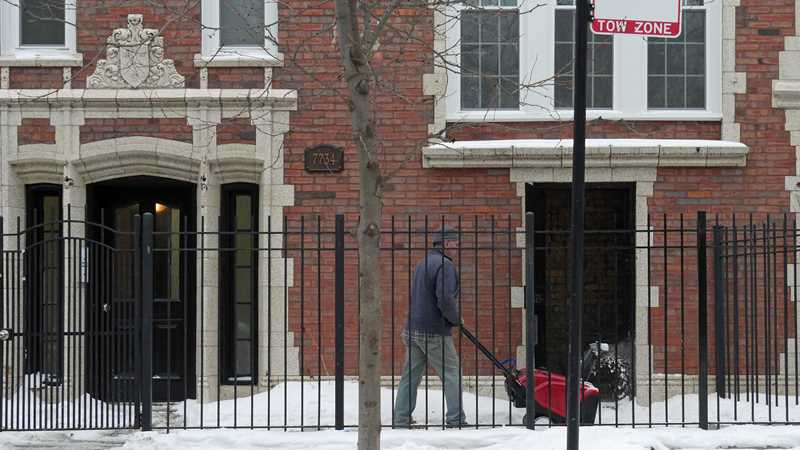 I visited all eight Flats sites last Friday. At 7722-7734 N Ashland, which has occupied units, a worker was clearing snow that had fallen several days earlier. The snow didn’t deter a city inspector from recording 61-degree heat in apartment 1 at 7734 and reporting: “Drafty windows throughout. (note windows are new, drafts coming from around window frames.)” 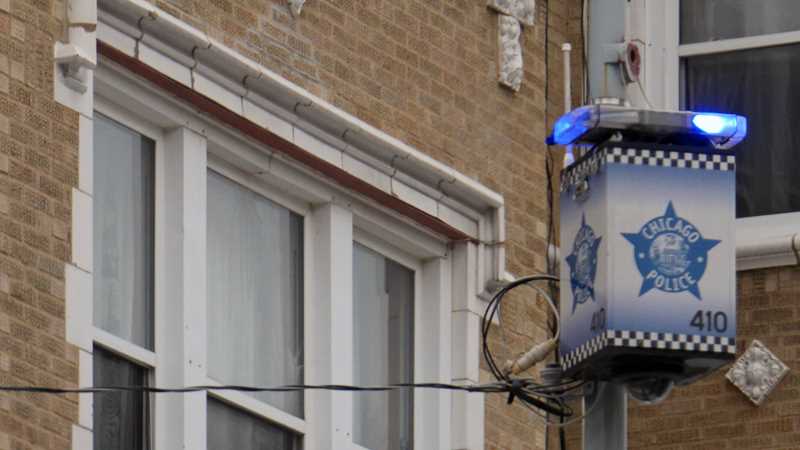 I’ve been at the location many times over the years, including half a dozen times in recent months, and have only seen parking that can remotely be described as “ample” on street-cleaning days. “Steps to lakefront?” Google Maps puts the distance at three-tenths of a mile, over 500 steps for most people. Multiply the distance to the Red Line and the Sheridan bus by two, and you’ve got it right. On your way to the Red Line or the bus, at the south end of 7722’s block, you’ll note one of the infamous blue light cameras found in high-crime neighborhoods. 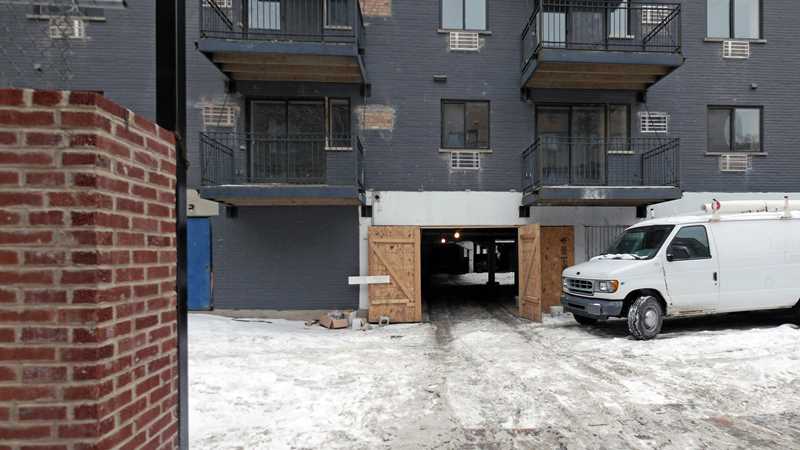 A number of units at 5411 N Winthrop are occupied, and several are listed for rent in the MLS. Unit 213 is a 1-bedroom that was probably once a studio and is renting for $1,250 unheated. I wouldn’t allow too many active people on the balcony, and I’d avoid the balcony if the upstairs neighbors have a group on theirs. Renters have a lot of options in far more attractive neighborhoods at the $1,250 price point. 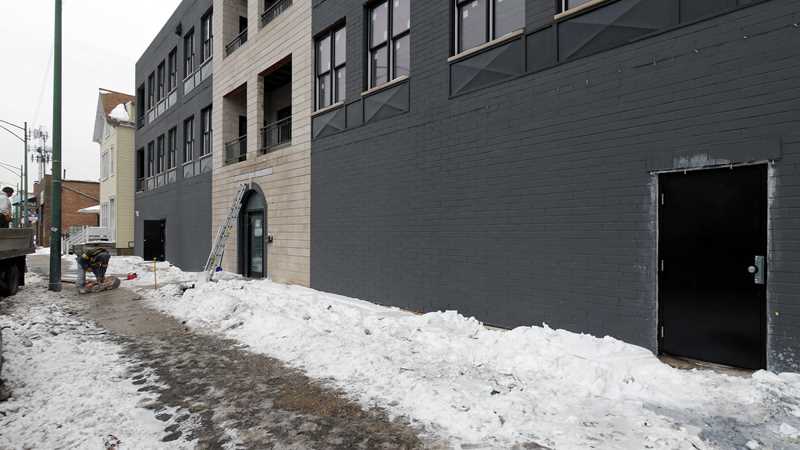 The fence is down at 2500 N Clybourn. Workers at the project reported that none of the apartments were complete, and none are currently listed for rent. 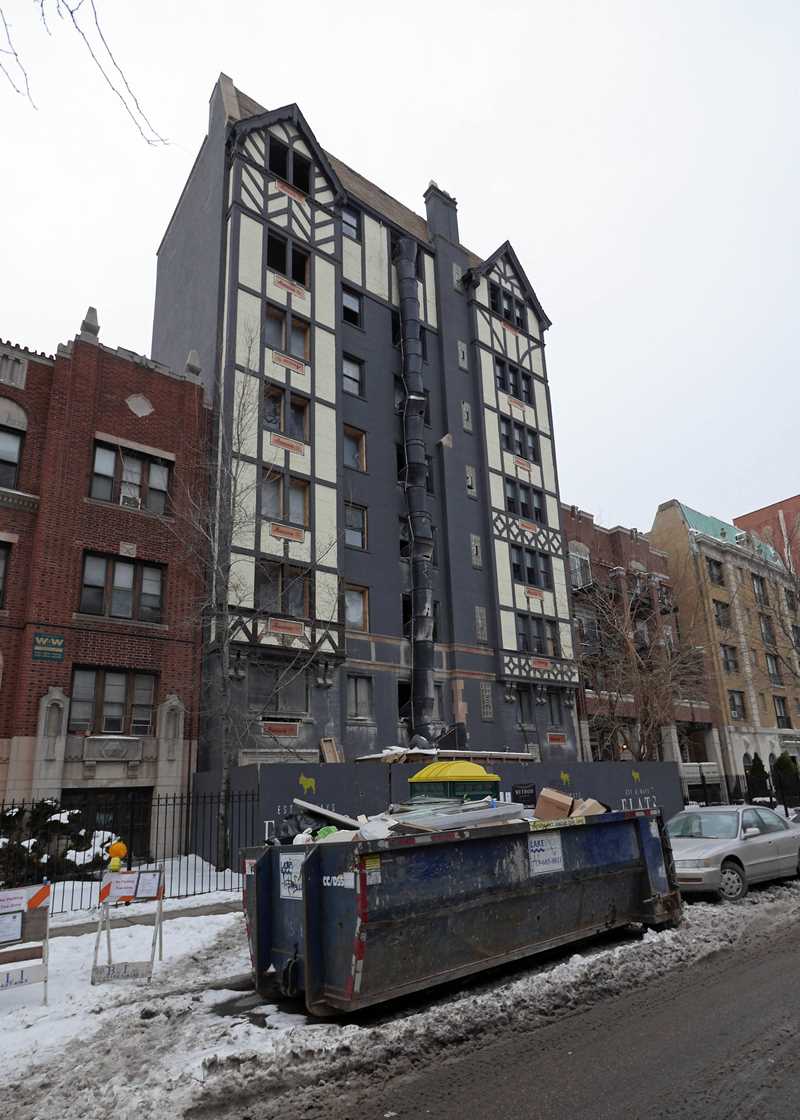 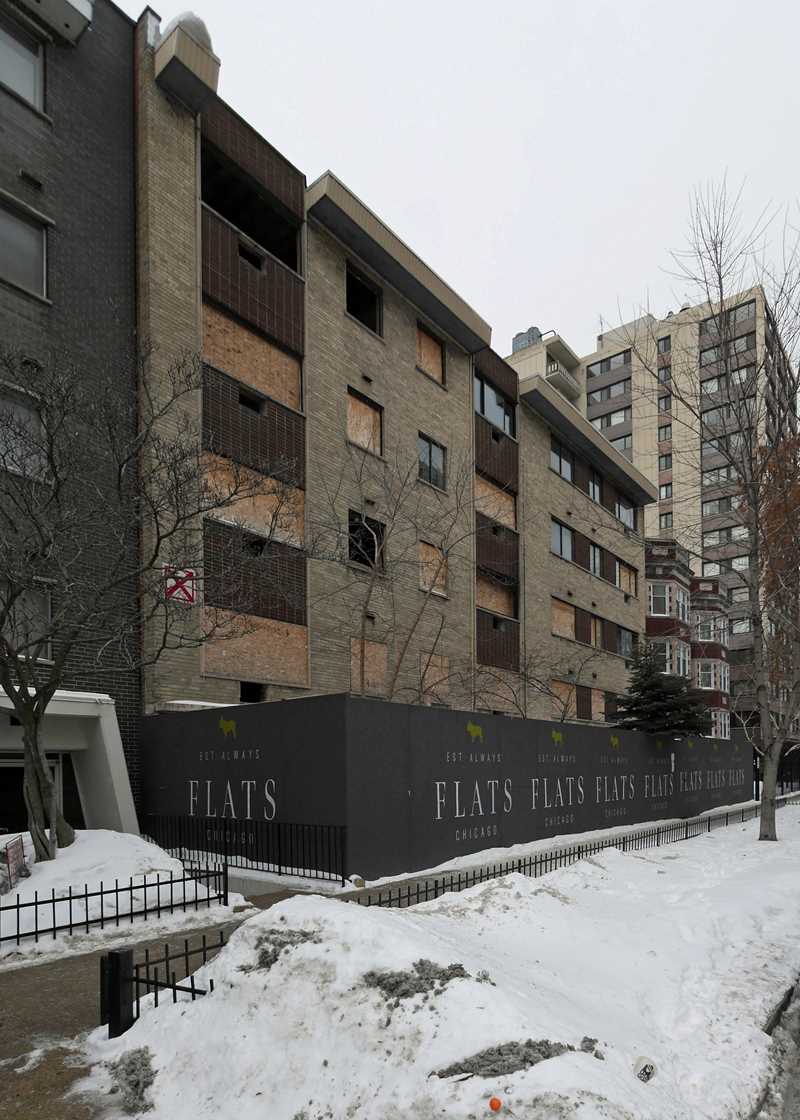 There were no visible signs of progress on the exteriors of 5718 N Winthrop and 6134 N Kenmore. Openings to winter weather have to be taking a toll. 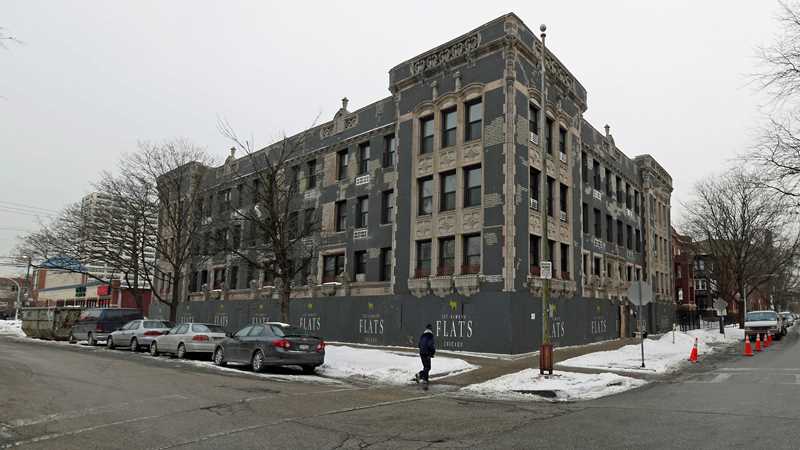 The exterior of 4875 N Magnolia doesn’t appear to have changed since early last July. 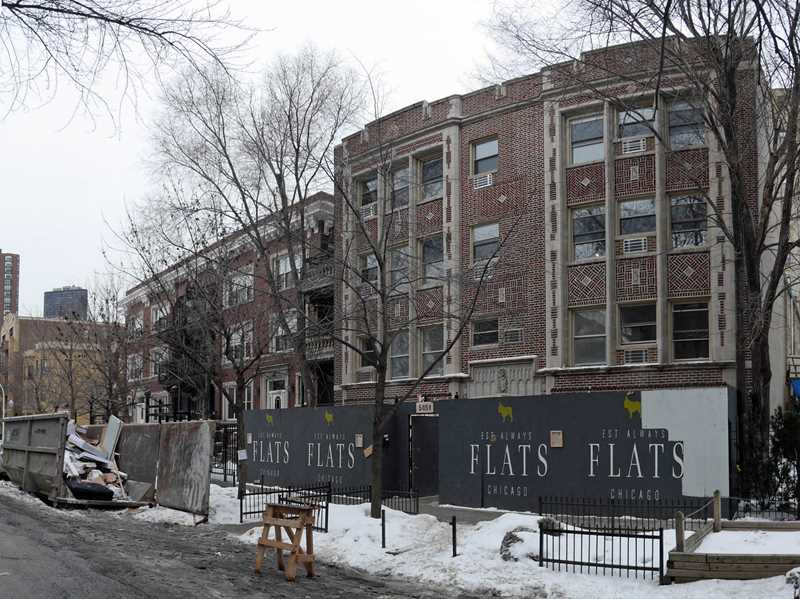 5051 N Kenmore appears unchanged since mid-November, except that some of the trash has been cleared from behind the fencing. 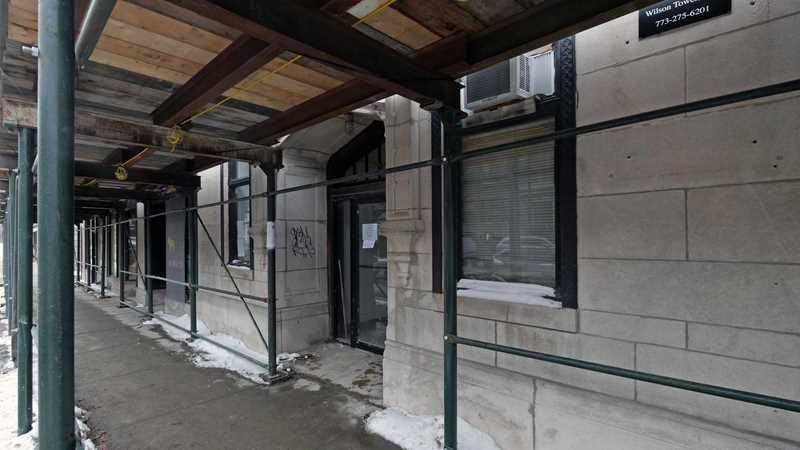 There’s sidewalk scaffolding and building graffiti at 1325 W Wilson that I don’t recall from my previous visit to the property.